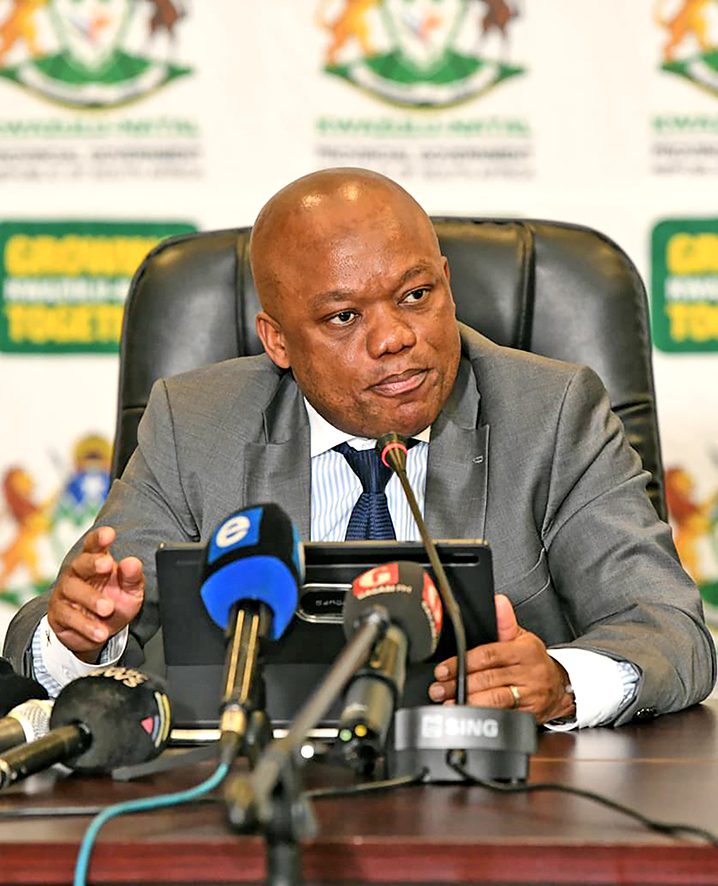 Last weekend, Ramaphosa met Zikalala and new ANC KZN chairperson Siboniso Duma in separate meetings in the wake of a divisive provincial conference a fortnight ago, during which Zikalala was deposed as the provincial chairperson, a defeat which was to pave way for his recall as premier.

On Sunday, Ramaphosa met Duma on the sidelines of the ANC policy conference to discuss the latest political developments in the province and the coronation of Zulu King Misuzulu ka Zwelithini. The president had met Zikalala the previous day, when the latter indicated that he wanted to resign as premier, according to sources familiar with the discussions.

It has now come to light that Zikalala decided to jump ship before facing the prospect of being embarrassed in much the same manner his supporters did to former premier Senzo Mchunu. ANC insiders said Duma’s supporters, who call themselves “Talibans”, had immediately informed Zikalala after the provincial conference that his days in office were numbered.

Provincial secretary Bheki Mtolo told Sunday World on the sidelines of last week’s national policy conference that the new leadership will not call for Zikalala’s head. However, insiders say the political atmosphere was made deliberately difficult for Zikalala, forcing him to fall on his sword.

It was karma for Zikalala, whose ANC Youth League supporters hounded Mchunu out of office in May 2016.

Willies Mchunu came in as a caretaker premier before Zikalala ascended to the most powerful office in the province in the 2019 elections.

“The situation had become unbearable for him because he was viewed as a CR (Ramaphosa) person. There was a propaganda peddled that him and comrade Mdumiseni Ntuli (also ousted as provincial secretary) sold Zuma out. This was a real issue for many comrades in KZN as they believed that the PEC had failed to drive pro-Zuma messages and did nothing to prevent his arrest.”

He added that the key mandate for the new leadership was to get Zikalala out of power.

Zikalala’s meeting with Ramaphosa has fuelled speculation that he could be roped into cabinet to replace former public service and administration minister Ayanda Dlodlo in a cabinet reshuffle just before the ANC conference in December.

However, a source close to Ramaphosa said though the idea of catapulting Zikalala into the national cabinet is not far-fetched, the rumour that the former premier is a supporter of Ramaphosa is not true.

“Those guys were harsh to us in the NEC even when we extended an olive branch. They were rejected by their own faction,” he said.

In his resignation speech, Zikalala shrugged off suggestions that he had sold out Zuma, saying he still felt that the former president got a raw deal from the judiciary.

The trio were set to be interviewed by ANC officials yesterday. Dube-Ncube was seen a front runner for the position, due to her wealth of experience in government and the fact that she is a former treasurer of the ANC in the province. Though she failed to muster enough support for her bid to be provincial chairperson, Dube-Ncube
received the most votes for a place in the provincial working committee.

If she is appointed, she will be merely keeping the seat warm for Duma, who is likely to become premier after the 2024 elections, should the ANC win the provincial vote.