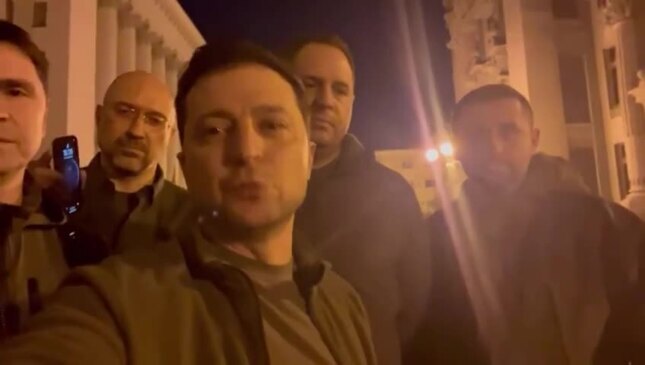 Ukraine President Volodymyr Zelensky released a video on the evening of February 25, filmed alongside top government officials, as Russian forces threatened the capital, Kyiv. The video appeared aimed at quelling rumors spreading in Russian media that Zelensky had left the country. The presidential administration building can be seen in the background. “We are here. We are in Kyiv. We are defending Ukraine,” Zelensky says. Credit: Volodymyr Zelensky via Storyful