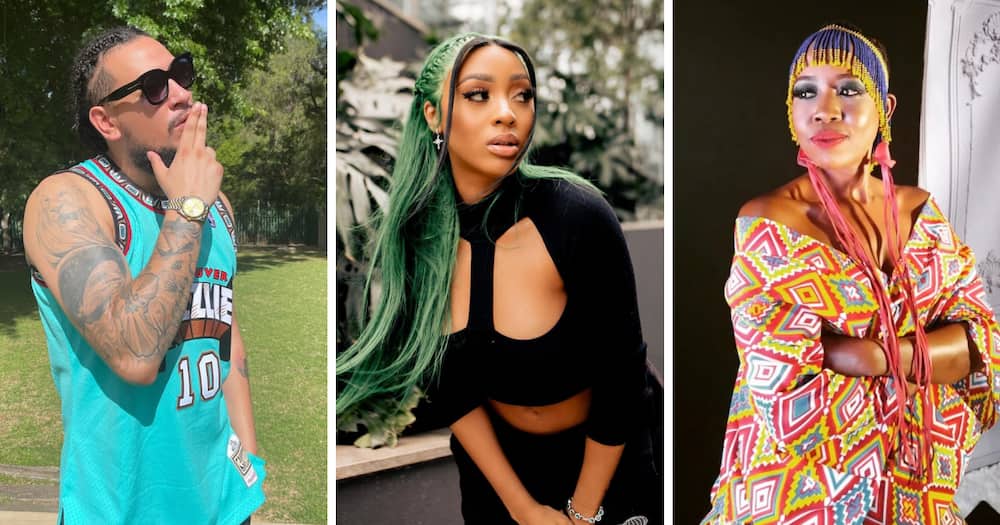 Ntsiki Mazwai expressed her concern after Nadia Nakai and AKA thrashed the assault claim.

The two lovers traveled to Ghana for a few days and it was reported that Kiernan abused his girlfriend, Nadia.

Reacting to the report, the two shared a joint statement saying it never happened and further sued the company that published the fake news.

Meanwhile, before the joint statement was released, it was reported that Nadia claimed it was just an argument.

Taking to Twitter, Ntsiki kicked against those protecting AKA in a series of tweets; she frowned at the incident and recounted that AKA’s former lover who is now late suffered abuse from the rapper.

Though, AKA had dismissed assaulting his ex-lover, Nelli Tembe; he revealed she was struggling with depression.

Despite Supa Mega’s dismissal of abusing any of his lovers, Ntsiki still thinks otherwise.

“Where there is physical assault by a man on a woman; it’s not a fight. It’s GBV. But we have been here with AKA before and you applauded him. It wasn’t a fight. Women are not equal to men physically. An abuse of physical power is GBV”