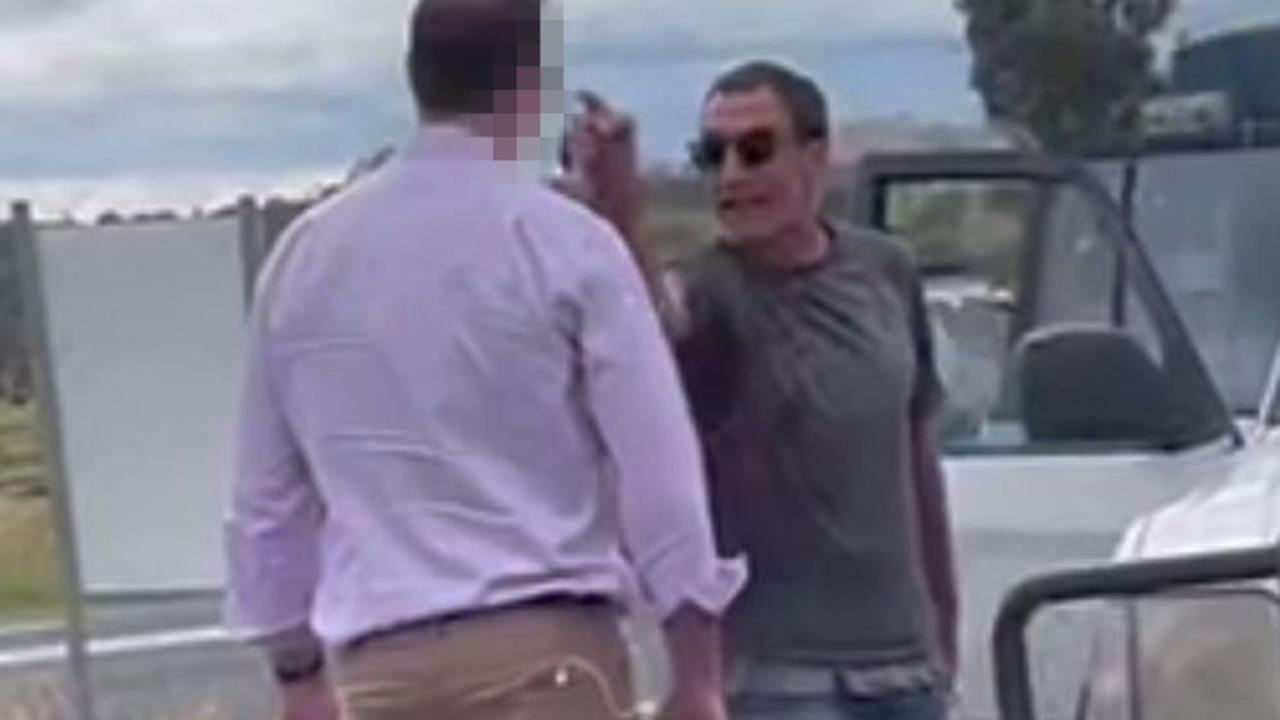 An enraged civilian tried to approach the Deputy Prime Minister, before squaring up to the AFP officer who protected him.

The Nationals leader and his staff were travelling in a car along the New Eng­land Highway in Armidale, in NSW, at about 2.15pm on Friday when he pulled over to take a phone call.

As he was on the phone, a vehicle made a U-turn and approached the Infrastructure, Transport and Regional Development minister.

It quickly prompted an Australian Federal Police officer, who was in a separate vehicle following Mr Joyce, to stand in front of the vehicle that was driven by man and had a woman in the passenger seat.

According to The Daily Telegraph, the car stopped about 30 to 40 ­metres away from the leader’s car after the AFP officer walked in front of it.

Footage of the incident shows the visibly angry man hurling abuse towards Mr Joyce, calling him “a f**king piece of shit”, and pointing his finger at the officer.

It appears that the woman, believed to be his daughter, tried to stop the man from getting too close, all while he was heard yelling at the officer.

After failing to get past the officer, the man then turned back to the vehicle but approached the officer for a second time, jumping up and down and shaping up to him.

Again, the woman tried to intervene and the man went back into his vehicle.

Mr Joyce told the newspaper the event was “sad and unsavoury”.

“This in no way reflects how the majority of Australians participate in our democracy,” he said.

“I thank my protective ­detail for their bravery in keeping myself and my staff safe. This will be dealt with through the appropriate ­processes.”