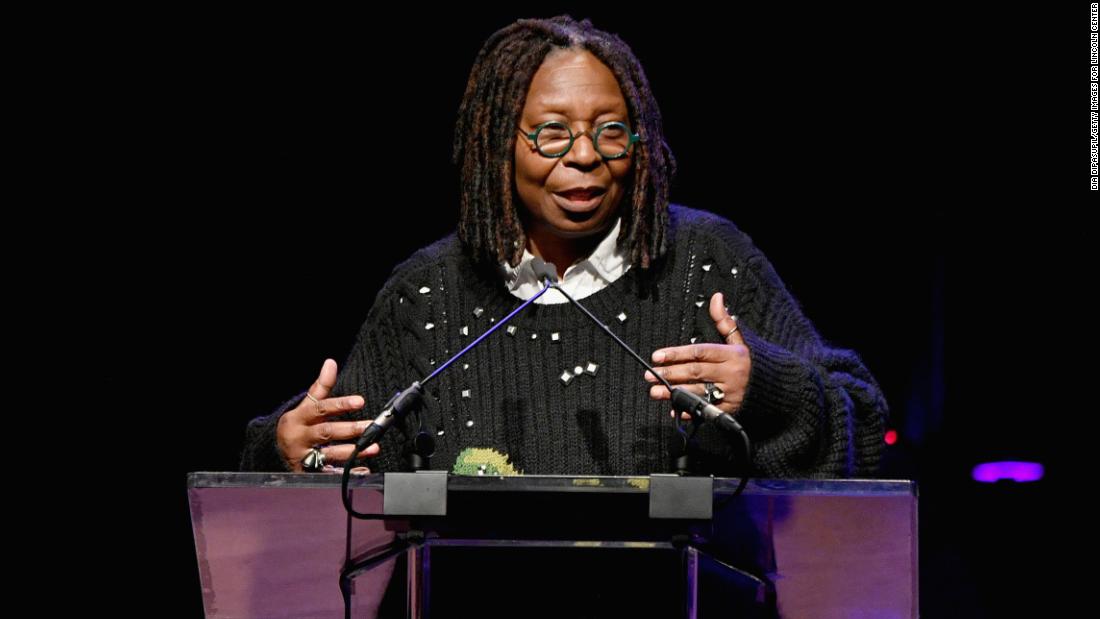 “Yesterday on our show, I misspoke. I tweeted about it last night but I want you to hear it from me directly,” the comedian and actor said. “I said something that I feel a responsibility for not leaving unexamined, because my words upset so many people, which was never my intention. I understand why now, and for that I am deeply, deeply grateful because the information I got was really helpful, and it helped me understand some different things.”

Goldberg drew outrage for comments she made on “The View” a day earlier, saying during a roundtable discussion about a Tennessee school district decision to ban “Maus” that “the Holocaust isn’t about race” and that it involved “two White groups of people.”

“I said the Holocaust wasn’t about race and was instead about man’s inhumanity to man,” Goldberg said Tuesday on “The View.” “But it is indeed about race because Hitler and the Nazis considered Jews to be an inferior race.”

She continued, “Now, words matter and mine are no exception. I regret my comments, as I said, and I stand corrected. I also stand with the Jewish people as they know and y’all know, because I’ve always done that.”

Goldberg also interviewed Anti-Defamation League CEO Jonathan Greenblatt, who was among those who spoke out forcefully against her initial comments.

“There’s no question that the Holocaust was about race. That’s how the Nazis saw it as they perpetrated the systematic annihilation of the Jewish people across continents, across countries, with deliberate and ruthless cruelty,” he said during the interview.

Greenblatt went on to explain that while Jewish people don’t fit neatly into the Black and White binary view of race in the US, the anti-Semitism that they have long faced is simply another form of racism.

“Hitler’s ideology, the Third Reich, was predicated on the idea that the Aryans, the Germans, were a master race and the Jews were a subhuman race. It was a racialized anti-Semitism,” he said. “Now that might not fit exactly or feel different than the way we think about race in 21st century America, where primarily it’s about people of color, but throughout the Jewish people’s history, they have been marginalized, they have been persecuted, they have been slaughtered, in large part because many people felt they were not just a different religion, but indeed a different race.”

An estimated 6 million Jews and 5 million others were killed during the Holocaust, and anti-Semitism continues to persist to this day. Over the weekend, two Chicago synagogues were vandalized, and the Anti-Defamation League warns that attacks on Jewish people have been on the rise. While the majority of anti-Semitic incidents involve harassment and vandalism, assaults have also happened, with at least six turning deadly since 2016, including at Pittsburgh’s Tree of Life synagogue in 2018.