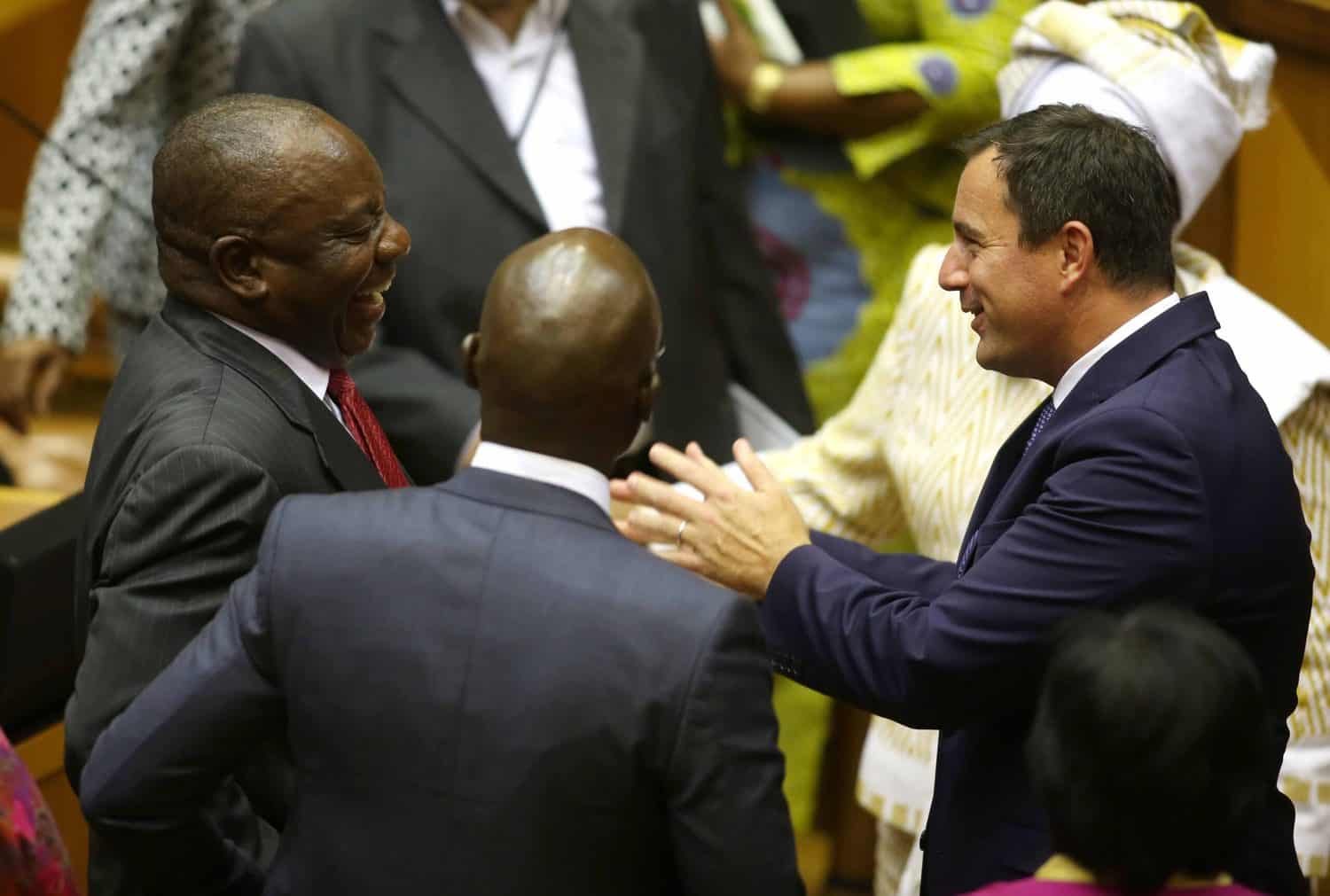 John Steenhuisen’s landline phone rings. Too early, thinks a fuddled John after his battle royal with his old guard MPs the day before.

And disturbed sleep. But it’s Saturday, damn it.

“Hi Johnno,” booms a friendly voice. Familiar. Can it be, thinks John.

“Oh, heavens, sorry Mr President, I’m still a little befogged. What can I do for you?”

“John, call me Cyril – or Bull, if you like. Tee-hee. You know there’s the big election looming, and it’s essential we smoke the peace pipe and tie the knot.”

ALSO READ: Cyril is ‘disconnected from reality’ in his ‘billionaire bubble’, says Steenhuisen

This shocks John into a moment of silence and thinking opium and LGBTQ.

“No, no Cyril. I don’t suck and I’m not multi-functional.”

“Don’t be daft, John. I’m talking symbolism. Peace pipe and tied knot, meaning getting together and forming a coalition. Where did you do your schooling?”

“Of course, Cyril, it’s just my mind is pre-occupied with factions in my party.”

“Oh, come on, John, you know nothing about factions. My party is strung together with factions. Be that as it may, to a greater or lesser degree we both share the same internal problems that could cost us dearly.

“And another reason why we should get into bed. No, no, John, before you again get the wrong idea. I don’t really want to share a bed. Imagine a bull and a sheep… tee-hee, you are a bit of a skaapkop, eh, Johnno?”

John hits back. “At least I’m not a bull in a China shop, ha-ha-snigger-ha. Now we’re quits, eh? But what you say makes a lot of sense.

READ MORE: Bulk of Ramaphosa’s Sona could easily have been a DA speech, says Steenhuisen

“But I have one condition. You get shot of all the corrupt cadres before the election. A plus would be if they’re arrested and behind bars by then.”

“I was going to do that, so that’s taken care of. Now my condition. You must fire the pale faces which can’t or won’t tolerate black people.

“And bring back Mmusi Maimane, Mbali Ntuli and Bongani Baloyi to make the DA more credible in the eyes of the black electorate. What do you say?”

“Sounds like an uphill task and that for a skaapkop. But I’ll give it my best shot”.