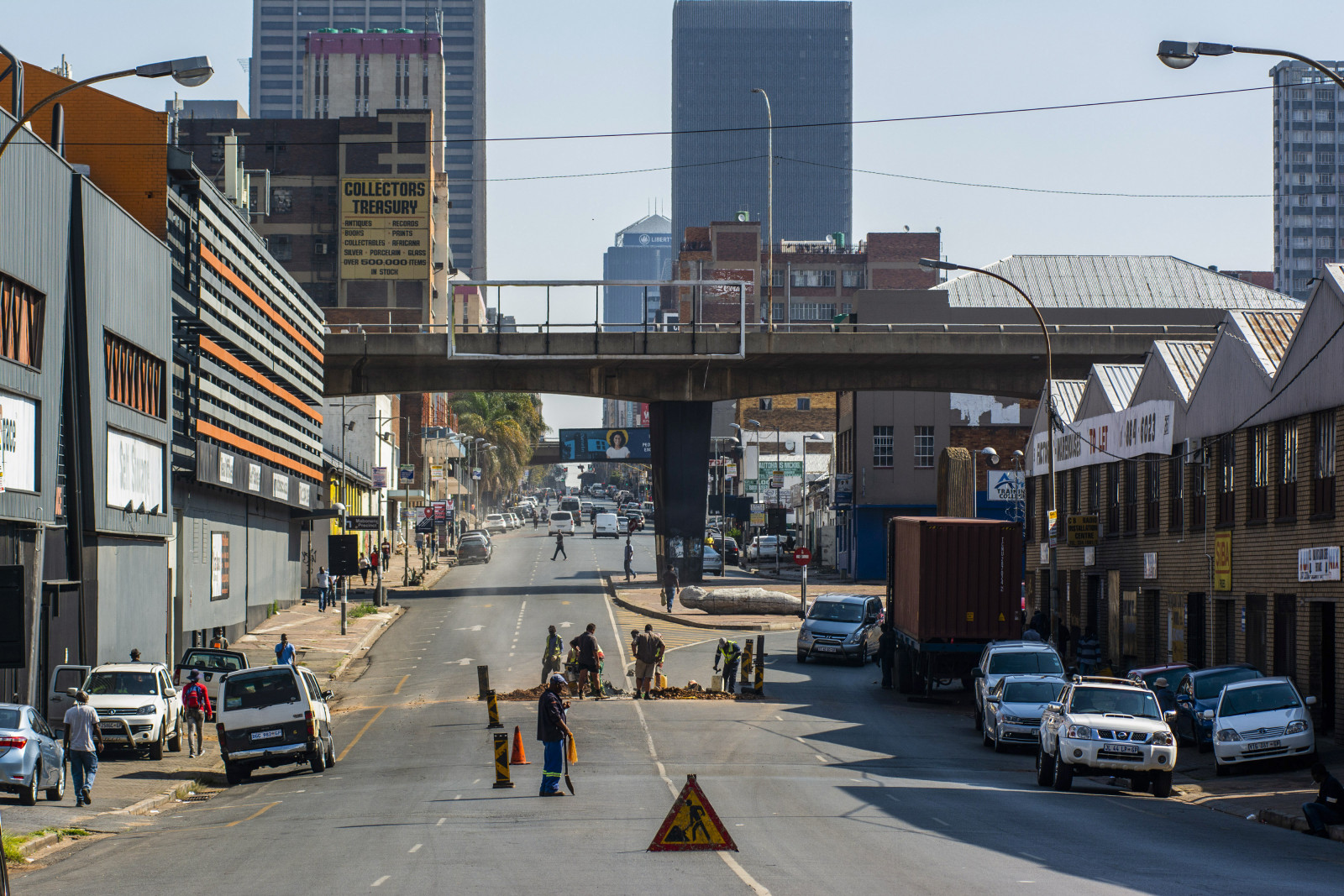 A hopeful society is a productive society.

I learned this in 2008 while working in Zimbabwe. Our organisation worked with small-scale farmers, and our aim was twofold: first, develop small-scale subsistence farmers into commercial, for-profit farmers. Second, push food into the starving country’s market.

We were using a conservation farming model, which improved yields with less reliance on water, fertiliser and genetically modified seeds. Our organisation supplied the training, seedlings, tools and other inputs needed for successful farming. Despite our efforts, the project failed. Crops were left unattended, unwatered, unweeded and diseased; yields remained low. It was disappointing and frustrating. I could not understand why, despite every possible opportunity and support, the farmers could not help themselves out of their circumstances — until I had an encounter with an old farmer.

On the days we handed out seedlings, farmers needed to collect theirs before 7am. They had to have them planted and watered by lunchtime, otherwise, they would wilt and die in the harsh Zimbabwean sun. The old farmer, who arrived late in the afternoon, looked at his wilted and dying seedlings and asked me: “Why do you want me to fail?” I did not understand his question and replied: “Of course, I don’t.” He took his wilted seedlings and muttered to himself that everything wanted him to fail. I realised he genuinely believed the universe was against him. And, when confronted with an agent of the universe — me — he wanted to know why it wanted him to fail.

During that time, the Zimbabwe inflation rate was 89.7 sextillion percent. The reserve bank was issuing $100-trillion notes. Shops shelves were empty and queues for bread and fuel were hundreds of metres long.  And in the run-up to the election, intimidation and political violence by the Robert Mugabe-led Zanu-PF were rife. People were anxious and fearful.

While considering the farmer’s question, and the fatalistic psyche of all the farmers, I came across a long-term Oxford University study, Fate and Fear: Risk and Consequences for Africa. The study investigated the effect of continued fear and shock events on small-scale farmers in numerous African countries, including Zimbabwe. The paper examined the long-term effects of prolonged fear and shock events on the productivity of rural farmers in Africa. It showed that farmers living with long-term anxiety and fear are 60% less productive.

This revelation changed our whole strategy. Our project began addressing fear and anxiety by setting up support systems and structures such as counselling and peer group engagement. Our extension officers moved into the communities and became life coaches rather than just agricultural experts — we focused on building trust and instilling hope.

The results were not immediate but became increasingly remarkable. Farmers were not only more productive, but they were extraordinarily so. Maize yields went from 250kg a hectare to an average of 5 600kg. Before, the farmers were fatalistic and insular in their outlook, but after our changed approach, they began to look after the needs of those around them. The area, which previously had minimal food security, became a net producer and commercially profitable.

I recently began reflecting on the effect of fear in the South African context. The pandemic, social unrest, crime, poverty, historical inequalities, corruption, floods, droughts, food and fuel price hikes, gender-based violence, and suspicion and distrust of institutions of authority have all created a pervasive, almost tangible state of fear, anxiety, and, to some level fatalism. And we need to consider the effect of this.

With the recent and timely media attention on mental health, the impact of fear and anxiety is better known. Fear is a complex emotion; it can be perceived or real; it can range from mild stress to sheer terror. Our bodies react to fear by producing hormones that, in the short term, assist in helpful basic survival strategies of fight or flight.

But prolonged fear causes a significant reduction in cognitive function. The blood flow to the areas of our brain that are needed to think creatively and to problem solve is redirected to the extremities.  In essence, it creates a self-inflicted frontal lobotomy.

Fear is contagious and has a generational and cultural impact. When we are exposed to the fear of others around us or in mainstream or social media, we can become fearful too. Studies show that children born to mothers who suffer from long-term anxiety, can be both physically and cognitively underdeveloped, are prone to anxiety themselves and demonstrate some behavioural challenges.

Additionally, fear can cause irrational reactions. Small stressors can trigger levels of anxiety disproportionate to the real or perceived impact of the stressor itself.  The common non-adherence of the ARV regimen of HIV-infected people is one such example. Studies identified fear as a primary reason for this.  For many, the ARV pill amplified their fears regarding mortality and social stigma.

And so the pill became a stressor rather than a solution. Pills were then substituted to avoid the cause of the stress. The message, however true, of “If you don’t take this pill you will die” was counterproductive. The narrative needed to change to one of hope.  For example “this pill brings life”. It is a subtle yet profound change.

We are not designed to live with long-term anxiety or fear. It causes us to be mentally ill-equipped to successfully and creatively solve our problems. We are less able, willing and motivated to work — or work hard — and begin to believe that we cannot overcome our many challenges, and we give up.

So how do we combat fear, anxiety and fatalism? One way is with hope. Hope is confidence in the future and can physically and mentally equip us to be resilient to the challenges that cause anxiety, fear and shock.

Valcare, where I now work, is a non-profit organisation that manages social investments and a network of more than 280 nonprofit organisations. Over the past few years, we have placed great emphasis on mental health support, especially among the leaders and staff of our member organisations. This is more than just an altruistic gesture. It is essential to the viability of these organisations, and, ultimately, the communities they serve.

In the social sector, many leaders and staff are nearly burnt out because of secondary trauma and stresses regarding diminishing funding despite the vastly increased social needs. If a leader, manager or essential worker is unproductive, ill-equipped to solve social challenges creatively, mentally absent,  physically ill or leaves the sector because of stress and anxiety, thousands of beneficiaries are impacted.

We ran a wellness series that focused on physical and mental health and coping strategies, including providing full-time psychological support for individuals and groups; arranging for business coaches to assist with practical issues and facilitated peer support structures and debriefs.

We worked with specialist partner organisations to use arts and play as a way to work through secondary trauma in a fun yet effective way.  On a wider scale, we used our media platforms to promote positivity through our Real Heroes and Stories of Hope series to recognise those who overcome incredible obstacles.

We intentionally choose to be inspirational and tell optimistic stories while putting support systems in place to generate safe, healthy and productive individuals and communities.

Without hope, we will live in a state of prolonged and perpetual fear in our country. The outcome of this is lower productivity and a workforce that is mentally and physically ill-equipped to overcome the challenges it faces.  We are thus destined to continue deteriorating into fatalism and inefficiency.

We need to change the narrative to one of hope while practically supporting those who live in fear daily. On a very basic level, it makes short and long-term commercial sense to have a more productive workforce and a better functioning economy and society.  We need to cultivate a culture of hope, or face a negative feedback loop leading to the events and society which we fear.

We can choose to promote hope — not ignore our challenges but acknowledge and address them with an attitude of optimism. It is in our collective interest to weaponise hope.

Brendan Smith is a director and chief operations officer for Valcare, a South African non-profit company. He has worked with a number of international organisations, including Nato and the United Nations, in over 40 countries in Europe, Africa and Asia.