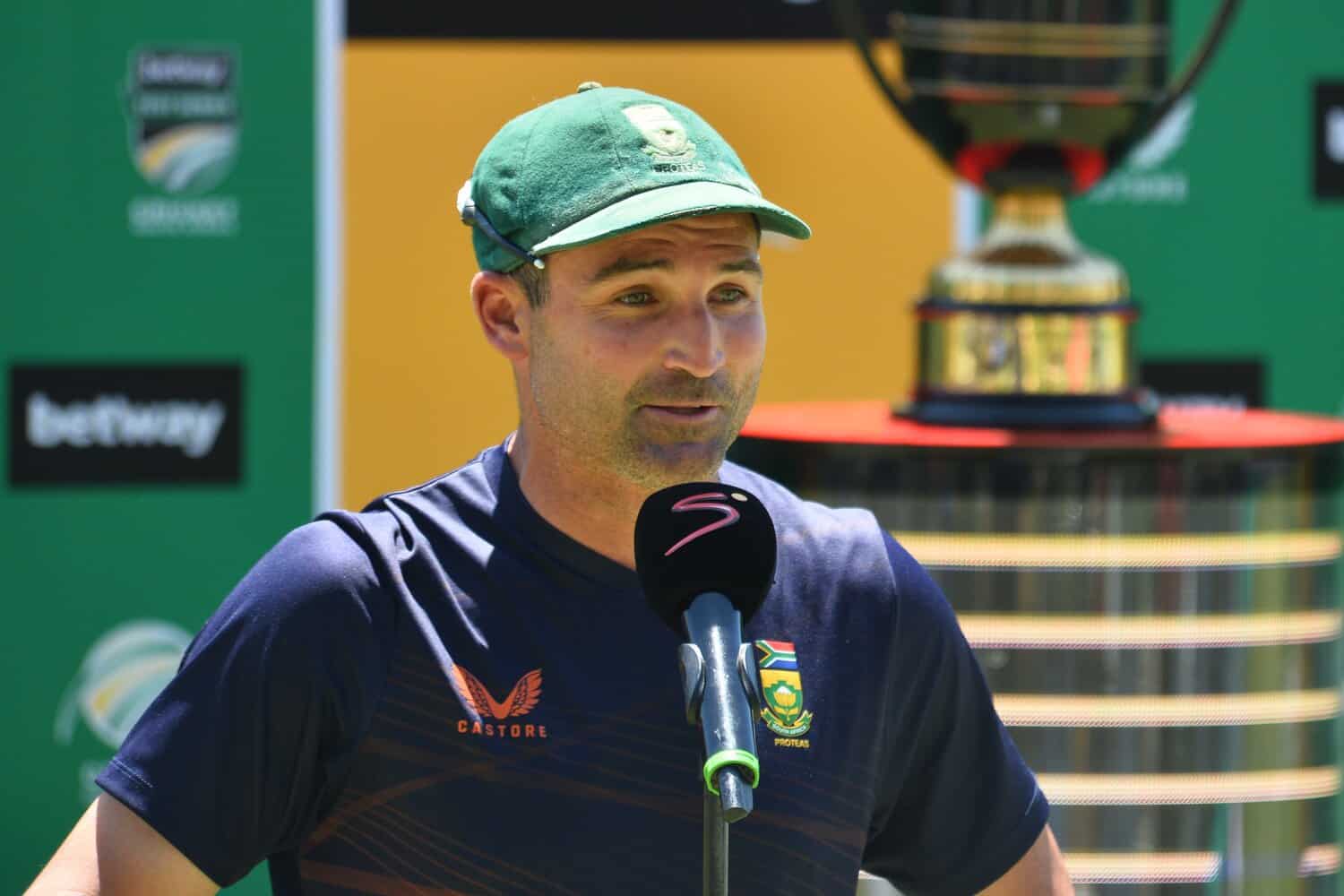 Proteas captain Dean Elgar did not throw his toys out of the pram but he left no doubt as to his displeasure at continually being asked questions about head coach Mark Boucher’s disciplinary hearing during his press conference on Wednesday, a few hours before the team’s departure to New Zealand to take on the world Test champions.

Cricket South Africa confirmed on Tuesday night that Boucher’s disciplinary hearing to answer charges of racism has been postponed to May 16-20. This is because the national coach wants players to testify on his behalf and he does not want this to be a disruption between the New Zealand tour, the hosting of Bangladesh in March and the IPL beginning on March 27.

Elgar said on Wednesday that he did not know anything more than what was stated in CSA’s media release.

“I know this is all extremely relevant, but we’ve achieved so much as a team that just gets squashed by the headlines in the media,” Elgar complained.

“I don’t mind speak about these external things, but 60% of the questions today have not been about New Zealand.

“It takes away from everything we have achieved as a group. I don’t think we have much control over the process as players, and obviously you have to undertake whatever you need to do to clear your name.

“I always thought that it might come to players testifying, so be it, it’s a natural process. I’m sure our players’ representative body [SACA] will come into play and will guide us.

“We still support our head coach, we know how much value he adds to us and he is a massive part of the group,” Elgar said.

But the left-handed opener was more concerned with how little leeway the Proteas have when they arrive in New Zealand for what is a two-Test shootout.

“It will all be extremely unfamiliar in Christchurch, it’s pretty new for me,” Elgar, who has toured New Zealand just once, said. “We’ve had great wins over the West Indies and India, but we know this series will be tough.

“It’s just a two-Test series so we have got to start well, which is what we’ve struggled with in the past. And their record is pretty good in Christchurch, their seamers have really cashed in.

“We know we’re going to have to be at our best when we get there. We have to start with a clean slate. The series wins over India were brilliant, but we need to press the reset button.

“We need to hit the ground running against a seriously good, proper side. They’re up there with the best, which is why they won the World Test Championship. And it’s in their backyard, where they are extremely street-smart,” Elgar added.

The captain expressed his disappointment that Keegan Petersen, the man of the series in the remarkable win over India, will not be able to build on those performances because he has tested positive for Covid.

“It’s another curve ball for us to deal with, which we’ve become pretty good at as a team,” Elgar said. “He’s very unfortunate to miss out and I would have loved to have seen him build on the India series.”