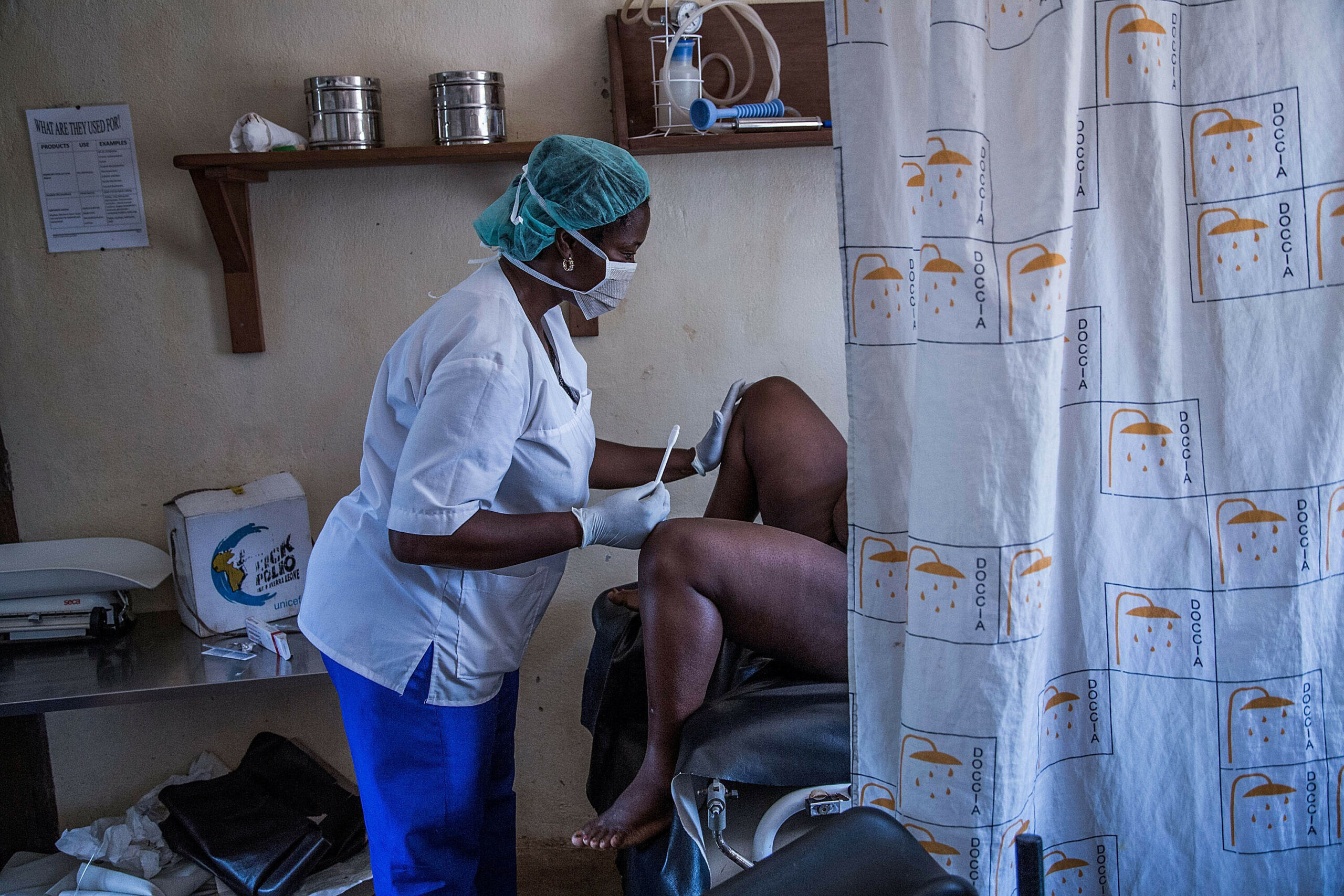 In South Africa, xenophobic incidents are a daily reality but the use of the country’s strained public health system by migrants is now a hot-button issue as impartial access to healthcare has become highly politicised.

To reach a political objective, Operation Dudula’s anti-migrant protesters targeted the sick and vulnerable outside Kalafong Hospital in Tshwane where they profiled patients, allegedly by skin colour and language, turning away anyone who failed to pass muster. The protesters also targeted Hillbrow Community Health Centre where they intimidated migrants accessing care. Days before, in a Limpopo hospital, MEC for health Dr Phophi Ramathuba was filmed berating a Zimbabwean patient, claiming that migrants were “killing my health system”. During a recent television interview, president of the Patriotic Alliance Gayton McKenzie said he would switch off a foreigner’s oxygen to save a South African.

After days of silence, the government finally publicly condemned the xenophobic protests by Operation Dudula, emphasising that “the right to access basic health services is a basic human right that is guaranteed by the Constitution … which makes provision for every person in the country, regardless of their nationality or documentation status, to access healthcare”.

This affirmation is welcome but is it a sincere position when, in Gauteng, the gatekeepers of the public health system have undermined this right to access to care for certain groups of migrants?

Unlike the anti-migrant protesters outside hospitals and clinics, who use physical intimidation to turn migrants away, some Gauteng hospitals use policies that directly contradict the National Health Act, which stipulates free healthcare for pregnant women and children under six.

In 2018, Doctors Without Borders (MSF), which had been working on HIV and TB care in South Africa since 2000, started providing basic health and psychosocial services to vulnerable communities around the Tshwane CBD and outlying areas where migrants live. What we have witnessed is a marked increase in instances where migrants or asylum seekers who do not have formal refugee status are excluded from tertiary-level care as a result of the imposition of fees.

At some of the main tertiary hospitals in Tshwane, non-South African pregnant and lactating women, and children under six, regularly face challenges in accessing care if they lack the appropriate documentation and are unable to pay the higher fees for the services they need. At the root of these rejections is a document known as “Circular 27 of 2020”, issued by the Gauteng department of health, which contains ambiguous wording around the “scheduling of fees for hospital services”.

Although the circular itself states all pregnant women and children under six “irrespective of any other classification” can be exempted from paying fees if they cannot afford to pay, it is primarily South African patients with ID documents and documented refugees whose ability to pay is evaluated.

Some senior hospital managers view this circular as an instruction from the department of health to deny means testing and free (or lower-fee) services to pregnant and lactating women and children if they are asylum seekers, undocumented or people affected by statelessness – unless they need emergency services. This contradicts the National Health Act.

Many countries, including South Africa, have adopted progressive national policies of not charging pregnant women and children, but the Gauteng health system’s U-turn on this must be confronted to protect impartial medical care that saves and protects all lives.

This is why MSF supports the litigation against the Gauteng health department in the Johannesburg high court by Section 27 together with three patients who were denied care. Together, we ask that the health department clarify its ambiguous payment policies which have been used to obstruct access to care.

We ask that the court reaffirm access to free healthcare for all pregnant and lactating women and children under six – including persons seeking asylum, undocumented persons and persons affected by statelessness. We hope the court will declare obstructionist Gauteng regulations as an unlawful contravention of the National Health Act.

Until then the status quo remains deeply distressing for patients.

Asylum seeker Eldred Kaseke*, 33, is one of at least 13 MSF service users who have suffered the negative impacts of Gauteng regulations in the last 12 months. At 29 weeks pregnant, and having already suffered a miscarriage and the death of another child shortly after birth, she was found to have high blood-sugar levels during a clinic visit for her current pregnancy.

Hers is considered a “high-risk pregnancy”, meaning potential complications could affect the mother, the baby or both. Kaseke was referred to a secondary-level hospital that deemed her case too complex for them and referred her to a tertiary hospital in Gauteng for specialist review.

Kaseke is unemployed, and minimally supported, and cannot afford these fees. Rebuffed and increasingly anxious about the risks to her and her unborn child, she decided to leave Gauteng and seek help in Eastern Cape, where she had previously been seen at a tertiary hospital.

The Gauteng public health system has failed Kaseke by requiring her to pay high fees for essential antenatal healthcare that she is fully entitled to receive under the National Health Act and which was not available at primary health clinic level. Gauteng health authorities also imposed cost and health risk burdens on her by leaving her with no option but to travel to the Eastern Cape in the hope of getting the care she requires.

Today, Kaseke is four weeks from a full-term pregnancy. The uncertainty of where she will be able to safely give birth weighs her down.

Obstructing women from consistently accessing the appropriate level of antenatal care during the course of their pregnancy is a surefire way to miss early opportunities to identify and minimise pregnancy-related risks to health. More fundamentally, the Gauteng health system betrays medical ethics by endangering life rather than protecting and saving life, and obstructing care with high fees.

It is ultimately counter-productive for the healthcare system because it is far more cost-effective to provide routine antenatal care and planned delivery for complex cases than to allow vulnerable patients to deteriorate until they require resource-intensive emergency care and must be admitted, since no hospital can deny them urgent care.

Requiring payment for curative care at public hospitals, especially in an atmosphere of xenophobic intimidation, dissuades vulnerable people from taking up preventive services as they will avoid health facilities and the risk of confrontation. This has major consequences for antenatal care coverage for pregnant women and those accessing contraception and family-planning services. It also has detrimental effects on vaccination rates and access to other essential health services for young children.

This politicisation of healthcare must be stopped. The Gauteng department of health must urgently give clarity to hospital managers about the implementation of “Circular 27 of 2020”, while affirming a commitment to universal access to essential care, regardless of nationality or immigration status.

The department must find sustainable solutions in the form of properly managed and resourced facilities and end the obstruction of care for people like Kaseke by ensuring equitable access to healthcare for all people living in South Africa. If not, darker days are coming.

*Name changed to protect her identity