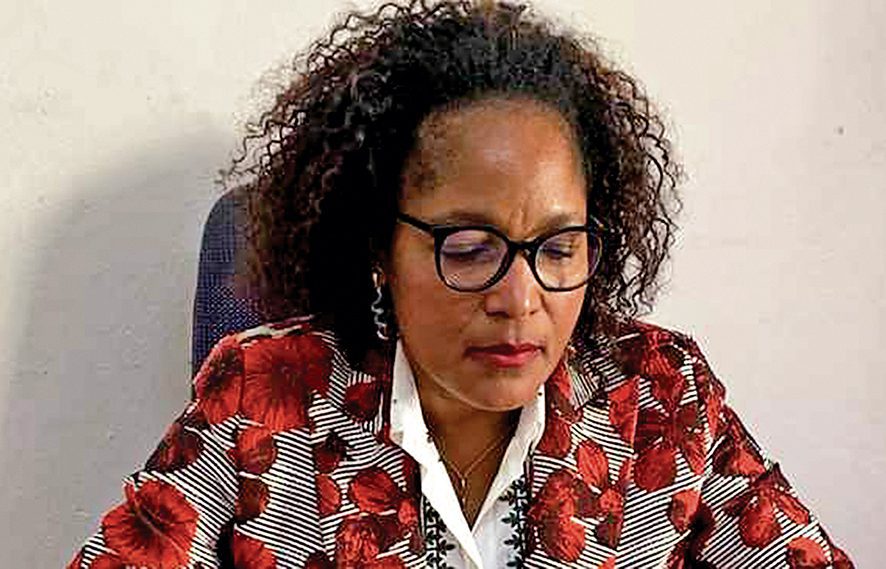 Johannesburg- The administrator of the Chemical, Energy, Paper, Printing, Wood and Allied Workers Union (Ceppwawu) Thulisile Mashanda is unfazed by a judgment handed down in the Labour Court that found her in contempt of a court order, which interdicted her from retrenching the union’s staff.

The Labour Court in Gqeberha last month ruled that Mashanda was in contempt and sentenced her to three months in jail, wholly suspended for a year, on condition that she, within 30 days, changes course.

“Holding the view that a judgment is wrong does not justify refusal to comply with it because a judgment is valid until set aside … if employers are allowed to disregard orders of this court, the rights of employees, which are enshrined in the constitution of this country, will be meaningless and the Labour Court rendered ineffective,” Judge Zolashe Lallie ruled on December 9.

Mashanda, in an interview with Sunday World on Friday, launched a scathing attack on Lallie and her integrity. “The issue of the contempt of court is also a lie, and I don’t know why the judge was biased,” she said.

“That judge was working with the people who are against me as I investigated corruption that is taking place at Ceppwawu.

“The union had over R10-billion, and two years later, R8-billion went missing. There were over a million members who were supposed to get a share of R10-billion but the money disappeared, and nobody wants to account for the money that went missing.”

The Labour Court in June last year appointed Mashanda as an administrator of Ceppwawu following years of contraventions of regulations governing the functioning of trade unions in the Labour Relations Act.

At the heart of the court’s decision was the union’s failure to provide audited financial statements for the financial years ending 2014, 2015, 2016 and 2017.

Ceppwawu, which has about 55 000 members, has endured a dark period for more than a decade due to internal fights for the control of the union and its investment company, Ceppwawu Investments (CI).

The union holds through its investment company stakes in Aspen, Sasol, Nampak and Transpaco.

In a separate matter, the union, led by its president Thamsanqa Mhlongo, has asked the Joburg High Court to appoint Afzul Ebrahim Soobedaar as an interim co-administrator of the union alongside Mashanda, and to probe her for how she has been running the affairs of the union since her appointment in 2020.

One of the allegations made by Mhlongo and his leadership collective is that Mashanda paid the union’s former general secretary Simon Mofokeng just over R1-million in “retrenchment package”.

In his affidavit Mhlongo said the alleged payment to Mofokeng was corrupt.

“The inescapable inference from this surreptitious ‘settlement’ out of the blue, not long after CI loaned R42-million to the administrator in August 2020, to be utilised on behalf of the union only for the union’s legitimate expenses and historical debt, constituted Mofokeng’s reward for ensuring the administrator’s appointment, as he was heard to boast about,” the affidavit reads in part.

Mofokeng sits on the board of CI.

Sunday World has seen a South African Revenue Service employee’s tax deduction directive under the name of Mofokeng for the 2021 tax year for the lump sum of R1.16-million from Ceppwawu as a severance package.

“We have been taken to court by many employees and we would pay them in full after court actions.

“Simon was fighting with those Ceppwawu officials over positions, and I had never done things that the union had done before.

“Simon was paid around R700 000, and I cannot remember how much he was supposed to get.”

Mofokeng declined numerous attempts to comment. He is no stranger to controversy.

Sunday World reported last month that Mashanda appointed a company in which she is an active director to provide services to the embattled union.

The paper has seen two proofs of payments dated August 2020 to professional services firm Kreston, which total nearly R500-million, with insiders saying the amount would have increased significantly by now.

Confronted with the conflict of interest allegations, Mashanda said: “My full professional background was disclosed prior to my appointment as administrator.”