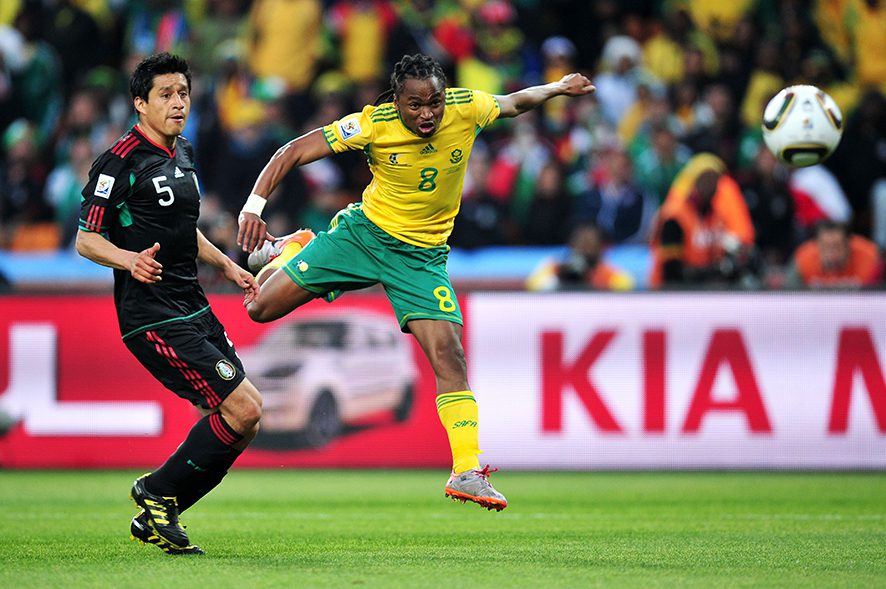 Yesterday, June 11, 2010, South Africa hosted the first match of the Fifa World Cup, and the country was gripped by the fever of the biggest football spectacle.

One man became the darling of the football-loving public, Siphiwe Tshabalala, following his scintillating World Cup opening goal against Mexico that sent the country into a frenzy of joy and hope that it might be Africa’s time.

Tshabalala ran into a pin-point pass from Kagisho Dikgacoi, then took one touch before firing an unstoppable left-footed shot into the corner of the net to send Bafana Bafana fans inside FNB Stadium and the rest of South Africa into an unbelievable rapture of bliss, waving SA flags and blowing their vuvuzelas.

Bafana concluded the game with one point in the bag after the match ended one-all. South Africa beat France 2–1 but lost 3-0 to Uruguay and were eliminated in the group stage opening round on goal difference.

“Time flies, but it feels like yesterday and it never gets old,” Tshabalala told Safa Media as he reminisced. “The moment is still on my mind and on many other people’s minds as well. I am just grateful, eternally grateful, that I scored probably the most important goal in the history of our football and in the history of the World Cup as well.

“I am just happy that people still celebrate the goal and appreciate it, from players, commentators, you know, everyone, everyone.”

Tshabalala said June 11 2010 began like any other day and there was little to suggest the events that would play out at FNB Stadium later in the afternoon. “In the morning I was OK, everything was normal. But I remember that I received a call from home where I grew up, in Phiri, and they were saying there was a group of people that gathered outside my grandmother’s house the previous night.

“They were waving the national flag, wearing national team regalia and blowing vuvuzelas. It was such a good message as it said they were fully behind me and they wished me well.

“It made me proud to be a South African, and proud to be one of the players that would represent the country in a historic World Cup on home soil. It really touched me a lot.”