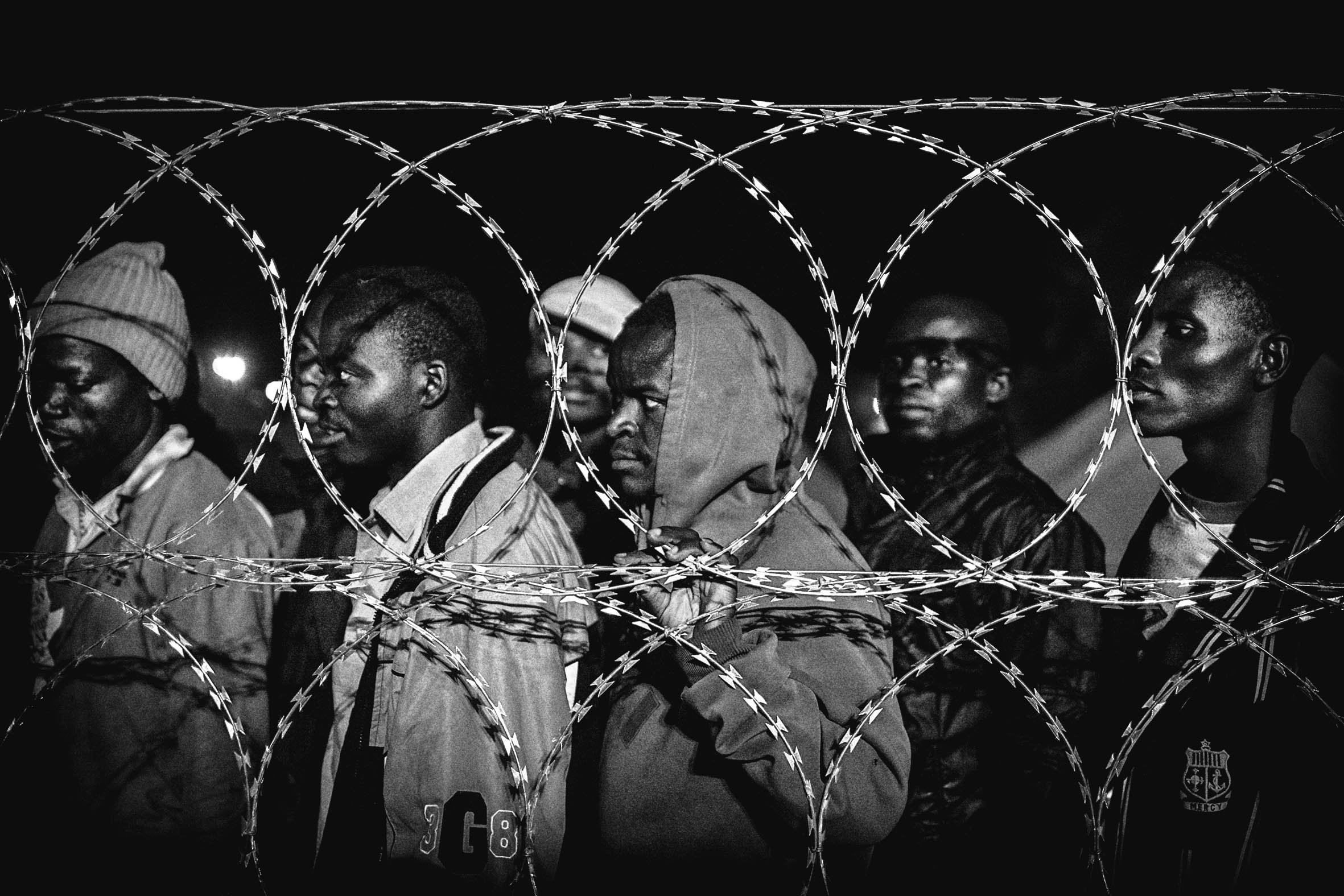 Framed as a right to citizenship, to complain of foreigners makes sense. Only, in the South Africa context, the foreigner is always African.

The African is created through suspicion based on gradations of skin colour. To be African in South Africa is constructed by careful listening to accents that are out of kilter with the Nguni or Tswana tongue. It is to listen to the roll of the tongue as it says the letter R. In other words, the letter R can raise suspicion that one might be Shona. To be Shona is to be Zimbabwean. To be Zimbabwean is to be the harbinger of failure and trespasser. Job thief. Foreigner neighbour and resource grabber.

There are other forms, perhaps methods, of suspicion that build on accent and skin tone to create the African foreigner. The foreign African as drug lord is dark, squat, confident, and bedecked in gold chain, rings and perhaps glimmering ear studs. They create anxiety because they do not occupy space as guests should. They act like they belong. As though they are in West Africa.

When we feel anxiety, we have a suspicion that we see a Nigerian. But the Nigerian is not an easy target. They might not respond well to everyday Afrophobia. They might look you in the eye. They might say, “Fuck off … brotha”.

The easy target is the neighbour. The Mozambican and the Zimbabwean.

But we are not threatened by the sisters from Lesotho and Botswana and the brother from Eswatini. We share tongues. Their Rs do not evoke suspicion. They are familial. Sesotho, Setswana and Nguni. They do not create anxiety like the Somalian family that runs the tuckshop. The women do not threaten space because, unlike the Somalian women, they do not wear burkas. Their gestures and tongues are familiar and safe.

We live in an uneasy truce marked by moments of heightened anxiety when the unemployment numbers swell and when the government fails to respond to our needs. When the infrastructure buckles and the social fabric frays. When rape and violence escalates. When the power cuts last a week and the street lights stop working. When the water taps dry, we turn on our suspicion. We curse the foreigner for the litter.

The men see the political vacuum and they gather our suspicion like queen bees attract a swarm. In our desperation, we embrace anyone who recognises our distress.

Enter Operation Dudula. Roll back the foreigners. Restore order like we knew it during apartheid when the Johannesburg central business district was clean and ours. Only, it never really was ours. Black people never belonged to the apartheid city centre. But we hold on to the myths and we become experts at identifying the other from across the colonial border. We listen to the tongue.

We are stronger when we gather and stand behind the men in military fatigues — veterans as young as democracy. Our indignation builds on suspicion. We build consensus on who the problem is and what they have done. We rehearse the sins of our neighbours in a call and response. The law. The borders. The overwhelmed facilities, the crumbling infrastructure. We rage when we imagine millions of wandering Zimbabweans stealthily replacing us as tellers, domestic workers, street vendors. The idea that they may be teachers too!

We rage at the idea that the Nigerians are trafficking our daughters and corrupting our young boys with drugs. We march behind those who lead us through Yeoville and Orange Grove. We swarm around the Pick n Pay where the tellers and packers drag their Rs. We march through Alexandra and Vosloorus to unsettle the Zimbabweans, Mozambicans and Somalians. We rattle them, make them know they are unwelcome and give them notice to pack up. “We’ll be back,” we say.

The governing politicians watch. They are anxious but they make a calculation. Quietly condemn. Just enough for them to scapegoat and defer attention from government failure. But be careful that they do not replace us as a potential vigilante government.

Party politicians are wary about sharing political space in an election year but Dudula means that we blame unprecedented levels of unemployment on foreigners and not the political feeding frenzy.

Those of us who do not march and do not condemn the vigilante Afrophobia silently cheer the vigilantes on as patriotic flag bearers. We sit and watch and the marchers wave the South African flag before they attack. We see it as unfortunate but necessary.

The violence of suspicion leads to real actions. It has effects in the world. Fear and anxiety. Material loss. Precarity. It drives people to silence so that we do not hear them say R. The domestic workers who have worked in our homes for more than 15 years drop our crystal glasses. They are distracted by the suspension of the decade-long visa dispensation that allowed them to remain in the country and revoked their original asylum status.

Their children who were born here have renounced the rolling R and now talk like South Africans. They too must leave and return to a “home” they do not know. Their parents must ready themselves to jostle for space with tomato vendors in overcrowded Harare markets with more sellers than there are buyers.

The Tsonga speaking Mozambican whose family has lived here since the 1950s, when he first came as a conscripted labourer to mine the Reef, is conflicted. He is of here but also a foreigner in a way that the post-war Lithuanian Jewish immigrant is not. Certainly not the British settler. The latter belong here while he does not. But he speaks in a familiar Tsonga tone and he may be spared.

His grandchildren are anxious because they bear his surname. They know that their teacher hates “foreigners”.

The Malawian whose grandfather died in a mine collapse in Welkom no longer has a home in Malawi. He too must think about what returning to Malawi with his South African family would mean. Will he have to leave his grandchildren behind?

Based on an analysis of Gini coefficients of consumption per capita, the latest World Bank rankings announce South Africa as the most unequal country on Earth. We live in this contradiction. Those of us who have possessions fear the threat of those who don’t have.

We saw glimmers of how it could unfold during the July unrest of 2021 when parts of the country erupted in a looting and burning frenzy. We are happy for the diversion in the form of the black African foreigner. So we nod at Dudula. As long as our property is intact and our investments are not threatened. After all, we have seen that markets are unmoved by human rights — certainly not African death.

Meanwhile, the old Tanzanian men who witnessed the ANC conference in 1969 Morogoro, Tanzania, look at each other knowingly. Hold onto the colonial borders. This is the way of African independence.