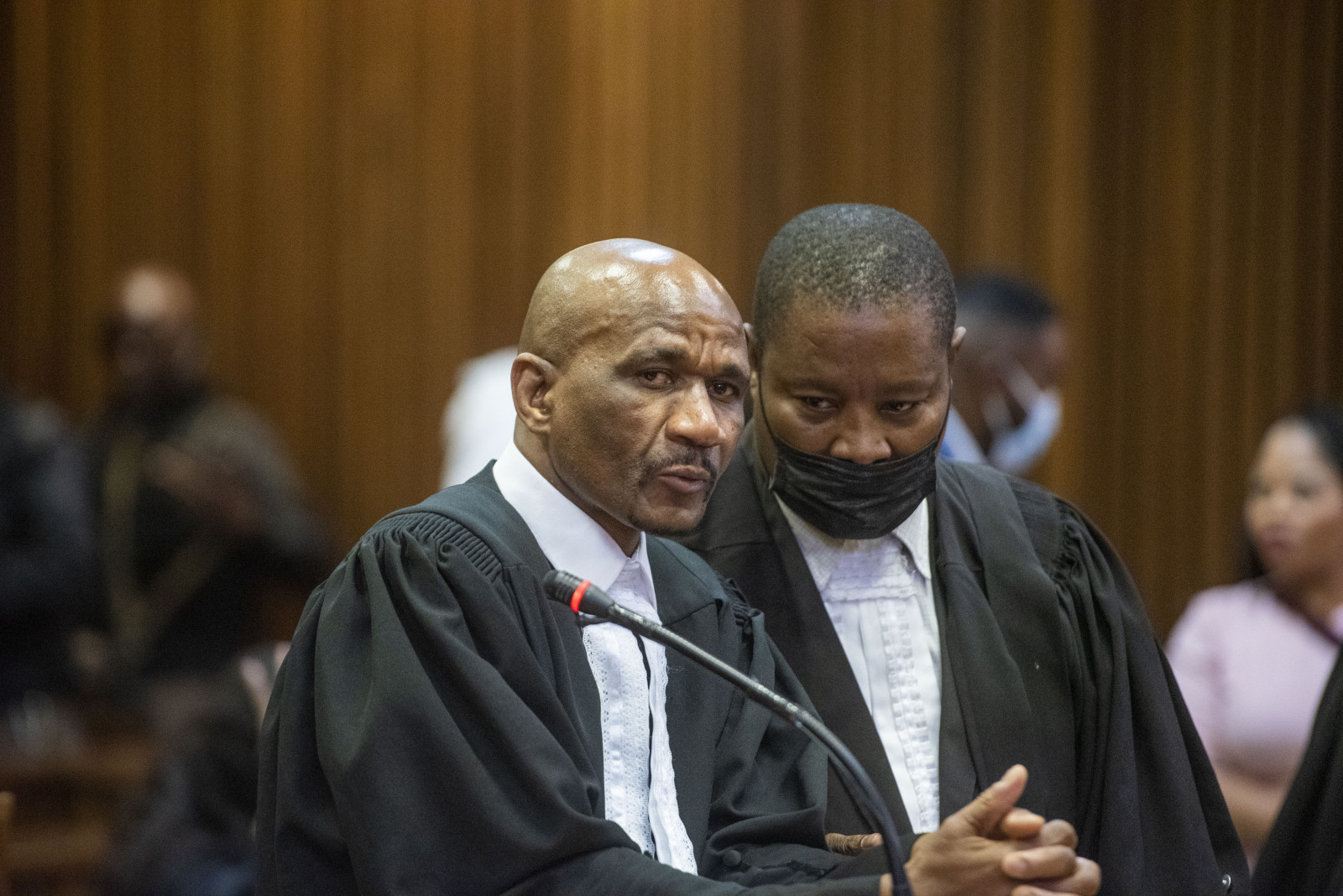 The statements and conduct of advocate Malesela Teffo in the Senzo Meyiwa trial have become a public controversy and a severe stress test for the criminal justice system.

Until he announced his withdrawal on 12 July, Teffo was representing four of the accused who are charged with conspiring to murder Meyiwa in October 2014. They are Muzikawukhulelwa Sibiya, Bongani Ntanzi, Mthobisi Ncube and Mthokoziseni Maphisa. The fifth, Fisokuhle Ntuli, is represented by advocate Zandile Mshololo.

When I became involved with Teffo’s quest for justice eight months ago, he was already in trouble and needed my help. That’s what social workers do. I had no desire or intention for my support to be on public display, but circumstances conspired to pitch me into public focus as well.

The Thought Leader articles that I have written for the Mail & Guardian, and the interviews with him and his other clients that I have hosted on my YouTube channel, as well as media reports from various outlets, have now indelibly placed me alongside him in the public eye.

I was willing to be there for him because, besides having a young family of three to support, we have a shared quest for justice for victims of crime, especially for the families of those whose loved ones had been killed. They have to bear the additional burden of a criminal justice system that fails to bring closure to them. The still unprosecuted death of my friend Bazooka Rhadebe, (the leader of the Amadiba Crisis Committee who was gunned down six years ago, allegedly for his opposition to the Xolobeni mining rights award) and the unprosecuted death of Senzo Meyiwa gave us common cause. Teffo’s courageous decision to take on the entire system to ensure justice was done for the family of Senzo Meyiwa offered me hope that a successful and just verdict in that case could be the turnaround in the criminal justice system that South Africa desperately needs.

Although the police minister, Bheki Cele, may doubt it, my commentary on the saga has been carefully nuanced to generate light rather than heat. Or to echo Martin Luther King, to be “tough-minded and tender-hearted”. That means to be hard on the problem, and gentle on the people (see this playlist on my YouTube Channel which elaborates on this construct).

From the start I tried to moderate Teffo’s tendency to be hard on the people and urged him to not resort to wild and unsubstantiated claims that defame and denigrate anyone.

Although he did walk back a bit on his allegations implicating President Cyril Ramaphosa in a conspiracy to have him ejected from the case, when I advised him to retract and apologise for the accusation he made about presiding Judge Tshifhiwa Maumela consulting a sangoma to bewitch him, he refused.

As irrational as it may seem to others, in terms of his worldview or what sociologist of religion Peter Berger terms a “plausibility structure”, this belief helps him keep a grip on his “reality”. In catastrophic situations, people tend to cling more tightly to their belief systems, and it was clear to me that Teffo does believe that his “collapse” and withdrawal from the case was the result of a malevolent, diabolical act against him. He said he started having nightmares after Maumela brought “his sangoma” to court, and his ill-treatment towards him increased.

My own plausibility structure biases me to take a completely different view of Maumela’s handling of things. From my perch in the public gallery, interacting with other observers I have been impressed with the way in which he has tried to blend a tough legal mind and a tender Christian heart. He has allowed his impatience to get the better of him at times, but he has earned much sympathy.

The “slings and arrows of outrageous fortune” multiplied when Teffo was summoned to appear before two other judges, J Nyati and J Bokoko, in the Pretoria high court on 4 August to respond to an application brought by the Legal Practitioners Council to have him struck off the roll for unprofessional conduct. The complaints against him in that matter relate to issues that predate his involvement in the Senzo Meyiwa trial. The court showed little patience with him, reserved judgment and adjourned, turning their backs on Teffo’s protestations that he had not been given a fair hearing.

The cumulative effect of all the above on Teffo’s state of mind has the makings of a Shakespearian tragedy.

But, if we are too hard on Teffo, we risk scapegoating him instead of facing the fact that “something is rotten in the state of South Africa” to paraphrase Hamlet’s words. Teffo has helped expose the rot.

If we are going to be hard on the problem, what then is it?

Dietrich Bonhoeffer, the German theologian martyred for his opposition to Adolf Hitler, explains Teffo’s motivation: “We are not to simply bandage the wounds of victims beneath the wheels of injustice, we are to drive a spoke into the wheel itself.”

From the outset, Teffo’s case was based on a deeply held belief that the state was prosecuting the wrong case docket, (CAS #636) which pursues a line of investigation based on the assumption that Senzo Meyiwa’s death was a contract killing. He tried to testify from the bar that the National Prosecuting Authority (NPA) had brought a contrived case to court to frame his clients so as to protect the real perpetrator(s). He argued that a fundamental miscarriage of justice was about to occur if the work done by other respected investigators, on Case # 375 was disregarded. That docket would have indicted people in the house for the killing.

Although many (including myself) agreed with him and also wanted to see a spoke driven into the wheel of what seemed to be a miscarriage of justice, Maumela had taken care to explain in the early stages of the trial that the justice system had evolved into a prosecution led, adversarial system, rather than an inquisitorial system in which the presiding judge plays a more active role. A prosecution-driven protocol means the presiding judge must respect whatever case the state brought and ensure all parties were given due time to make their respective cases.

Moreover, the adversarial system relies only on evidence that enters the court through the witness stand to be examined and cross-examined so that an impartial judge can reach a verdict beyond reasonable doubt. “Testifying from the bar” is a no-no.

While simultaneously trying to defend his clients, Teffo ambitiously sought to put the NPA on trial by driving spokes into the wheel at every opportunity, expecting Maumela to play an active inquisitorial role in support of him. But, just as one cannot referee a soccer match with the rules of rugby, Maumela could never oblige.

If the court wasn’t amenable to an inquisitorial game, the presence of TV cameras from all major news channels gave Teffo a platform to convince the court of public opinion that the NPA was complicit in a conspiracy to protect someone. But, to the dismay of many (including me and his instructing attorney), he persisted to testify from the bar making dramatic statements that fingered people who had been in the house when Senzo was shot.

There was little doubt that Teffo made himself a target of ruthless retaliation as a consequence when on 28 April 2022 police officers entered the court to arrest him and take him to Hillbrow police station for alleged contempt of another court. The police were roundly condemned with the chief justice himself castigating them.

Perhaps that own goal by the police and the NPA influenced Maumela to, against his inclination, allow Teffo an opportunity to express his concerns about the NPA bringing the wrong case to court. Quoting another of Dietrich Bonhoeffer’s lines he raised a laugh in the gallery by saying: “If you are on the wrong train, it is no use running down the corridor in the opposite direction when the train has left the station.”

Teffo was given the opportunity to make a legal case to show that the court was indeed on the “wrong train” before it had built up a head of steam.

But, when the court reconvened to hear his special application, Maumela was astonished to hear Teffo rise to the podium to announce that he had abandoned that application, without due notice, and had opted to rather write to the national director for public prosecutions, Shamila Batohi, to address the problem. Whatever was left of their relationship broke down, and Teffo announced that in view of the perceived bias of the court against him, he had decided for his own self-preservation to withdraw from the case. He cited the harassment and intimidation he had experienced and complained about the failure of Maumela to protect him.

Unfortunately, because I have questioned Teffo’s rationalisation, he has also withdrawn from our relationship.

He will not be in court when the trial resumes next month, but I will continue to support the process and continue to hope for a just and merciful outcome.

This 10-minute video of Senzo Meyiwa’s younger brother, Sifiso, explaining why he has no confidence in the National Prosecuting Authority’s current prosecution is testimony as to why the police and NPA have so little confidence and legitimacy in the eyes of law-abiding citizens.

According to the stats on my YouTube channel, Sifiso’s speech has already been watched by 114 000 people since it was uploaded on 30 March this year.The video of the full proceedings of the media conference at the University of Pretoria Centre for Human Rights from which it is extracted has the second highest number of views at 62 666.

Next, will the promise of justice for Rhadebe’s family be kept?

This is an edited version of an article first published on John Clarke’s Medium channel.

John G Clarke is a social worker, lay theologian, filmmaker and writer seeking to ‘write’ the wrongs of the world by ensuring that human rights acquire meaning as a basis for restorative justice and peacebuilding.