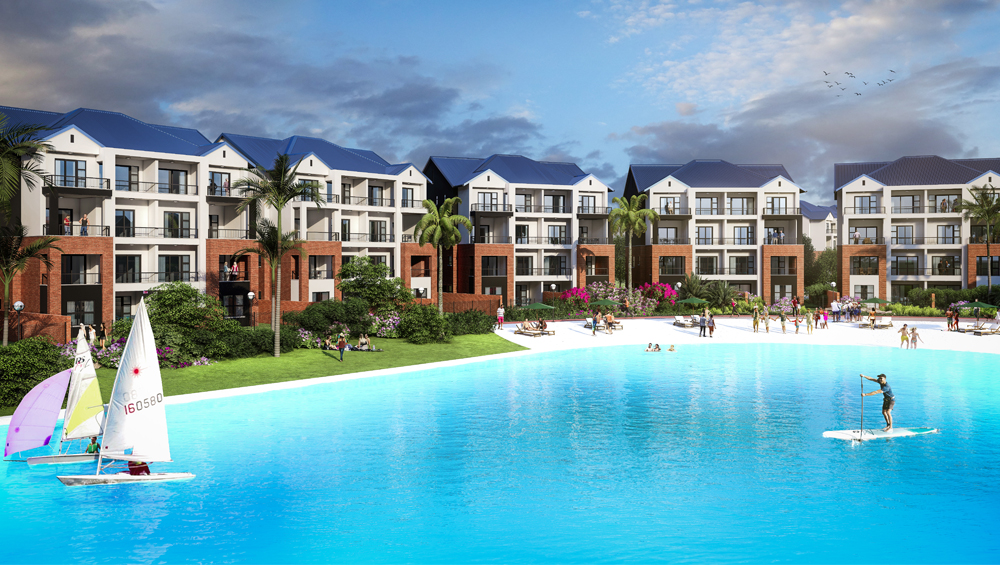 Balwin Properties have announced that its first Joburg lagBalwin Properties says it intends to construct a Crystal Lagoon at its Greater Thaba Development in Johannesburg South, and “bring the beach life” to the area.

The Munyaka Complex, which will be situated in Waterfall Estate, is the next impressive complex by the property development giant in the province.

According to Balwin, almost 1000 apartments have already been secured at the exclusive estate, despite being 6-years away from completion.

This isn’t the first lagoon beach to be installed inside one of the group’s estates, as the Blyde in Tshwane was the first development to include a man-made beach.

Last year, the property group came under fire from residents at the Blyde who complained about the R250 per person access fee for the lagoon.

Defending their decision, the property group said access to the residence and the lagoon areas was being abused and therefore introduced an increase on the fee for all visitors, guests and short-term guests from R100 to R250.

They argue that they were left with little choice but to react promptly, saying they had investigated the matters raised by the residents which included gross systematic abuse including the illegal sale of visitor access codes.

If that is anything to go by, the same will apply for the Munyaka Estate which boasts over 5000 luxury apartments inside a secure, gated community.

The estate is set for a 2028 completion date, but the lagoon will be made available for use next year.