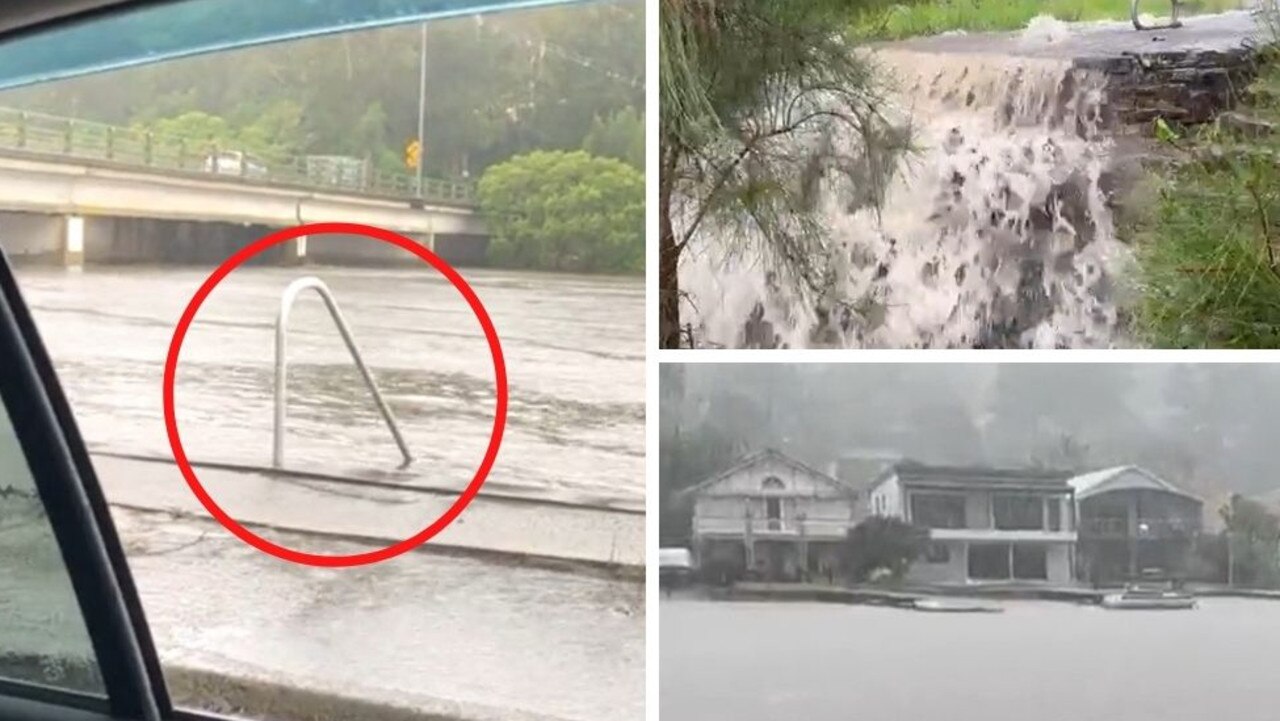 Areas in Sydney’s Sutherland Shire have been ordered to evacuate or risk being “trapped without power, water and other essential services”, SES have warned.

Torrential rain and heavy falls have wreaked havoc across Sydney, with the city surpassing its annual average of rainfall today.

At least 100mm is possible in Sydney, the Blue Mountains and down the south coast over the next few day, with further inland towns of Dubbo and Orange also forecasted to receive large falls.

In response the Bureau of Meteorology (BOM) has issued a severe weather warning for heavy rainfall for the entire NSW coast between Newcastle and Bega, near the Victorian border, for Thursday.

Evacuation warnings are also in place for some low-lying areas, with the SES on standby in the event of flash and riverine flooding.

The renewed flood threat could also see evacuation warnings issued for thousands of Sydney resident. Currently evacuation orders are in place for parts of Woronora and Bonnet Bay in the Sutherland Shire.

Residents were told to leave affected areas by 11:30, with fears parts of the area around Woronora Bridge would become isolated once floodwaters reached 1.7m, The Leader reports.

“If you remain in the area after 11:30am, you may be trapped without power, water and other essential services and it may be too dangerous to rescue you,” read a statement from the SES.

“Stay with family, friends or at accommodation outside of flood areas. If you are unable to do so, an evacuation centre has been established at Club Central Menai.”

Picton CBD, in NSW’s Macarthur Region has also received a flood evacuation warning due to the rising levels at Stonequarry Creek.

A statement from the NSW SES said residents could expect the flooding of roads and sewerage lines, lost power and inundated properties.

The BOM has placed severe weather warnings for heavy rainfall with the potential for flash flooding in Metropolitan Sydney, Illawarra, south coast and parts of Hunter, Central Tablelands and Southern Tablelands Forecast Districts.

Fears for flash flooding and riverine flooding are currently exacerbated due to the recent bout of wet weather, with the Georges River in southwest Sydney and Warragamba Dam showing signs it may spill.

“The water is falling on exceptionally waterlogged ground and as a result it will run into the creeks and rivers,” said Sky News’ Chief Meteorologist Tom Saunders.

“That’s why there’s an increased threat for riverine and flash flooding.”

In a 24-period from Wednesday to Thursday 5.30am, the NSW SES has received 585 requests for assistance, with the majority from the Greater Sydney Region.

“As people are waking up, [we are] urging them to plan their trips accordingly. If you are in affected areas avoid unnecessary travel. If you can, stay home, stay off the roads,” Mr Storey said.

“If you live in a flood-prone area that is forecast to the impacted, have a plan in place and be ready to enact that plan if you are required to evacuate your home.”

As of 5.27pm, Wednesday, road weather alerts the Bureau of Meteorology (BOM) issued a road alert for all Sydney suburbs and asked residents to plan ahead.

This comes as Sydney reached its annual rainfall of 1164mm, just 97 days into the year.

Sydney’s northern beaches are being thrashed by the heavy downpours.

The Manly Observer has reported road closures on Pittwater Road in Dee Why, with some cars caught in flooded low-lying roads. Wakehurst Parkway has also been closed, with people advised to take Pittwater and Warringah Roads, the NSW SES Warringah/Pittwater unit reports.

The same is happening in the neighbouring suburb of Brookvale. Cars driving through a flooded dip have become stuck on Harbord Rd, with motorists asked to avoid the busy main street.