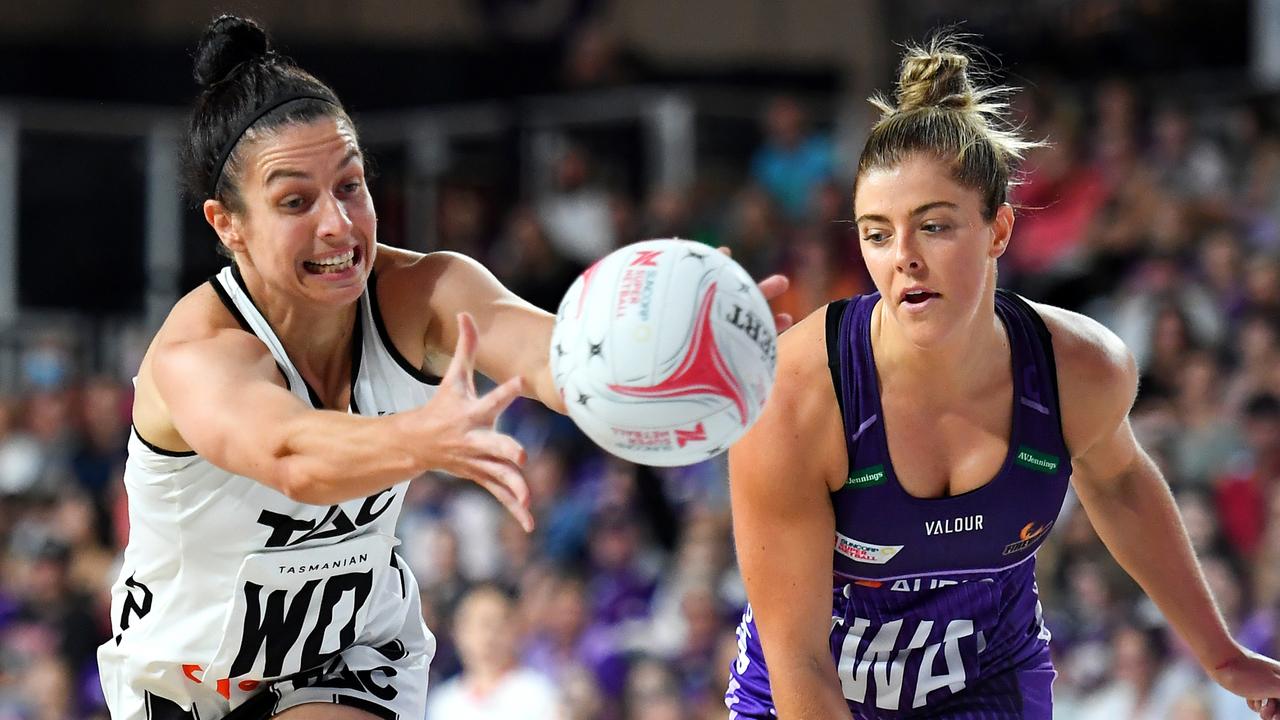 The Collingwood Magpies have reignited their finals hopes after an inspiring eight goal win over the Queensland Firebirds.

The Collingwood Magpies have reignited their finals hopes after an inspiring eight goal win over the Queensland Firebirds.

The stunning upset by the bottom placed Pies comes despite having a less than impressive shooting accuracy of just 77%. Despite the loss, the Firebirds retain third spot on the ladder.

The Magpies were more settled with four of their key personnel returning to the side after missing the last two rounds under Covid protocols. From the first whistle, they played with an intensity that has often gone missing for them this season.

The Firebirds attack end made several ball handling errors in the first quarter and their usually accurate shooters made uncharacteristic misses, made worse by not pulling in a single rebound for the term.

This match was a good test for newly appointed Diamonds squad member, Donnell Wallam, as she faced off against potential Commonwealth Games opponent in England’s Geva Mentor. Her impressive arms over pressure kept Wallam quiet and saw her produce her lowest accuracy for the season (31/41 at 75.6%)

Collingwood’s Ash Brazill produced one of her best games of the season, helping her case for a Commonwealth Games selection. She outpaced Firebirds dominant wing attack, Lara Dunkley and minimised her access to circle edge. Brazill’s defensive pressure produced clean wins for her side in the form of five gains, and she also delivered two goal assists from the mid third.

Brazill’s efforts saw Dunkley benched for the first time in three matches, making way for Jemma Mi Mi who celebrated her 50th national league cap when she entered the match in the 4th term.

It was an impressive game from all the Collingwood midcourters. Kelsey Browne in wing attack led the feeds with 53 for the game and she took more centre receives than any athlete on court.

Centre, and match MVP, Molly Jovic was also in everything, her second phase work was impressive as was her defence as she collected three pick-ups for the match.

Firebirds captain Kim Ravaillion had an unusually quiet match compared to usual standards, perhaps a reflection of her disappointment of being omitted from the Diamonds’ squad announced on Fox Netball this week.

Despite playing at goal attack for much of the match, Sophie Garbin proved her strength under the post, collecting four rebounds.

The introduction of Kim Jenner at goal keeper for the Firebirds produced a spark but it wasn’t enough to ignite a win.

Her achievements will surely inspire the next generation of First Nations’ netballers to follow in her footsteps, with hopefully less time between debuts.

A POINT TO PROVE

Firebirds captain, Kim Ravaillion is in, arguably, career-best form, has Diamonds experience and strong connections with squad members, Gretel Bueta and Donnell Wallam. But, among a sea of strong midcourt contenders, she failed to make the cut.

Ravaillion’s cumulative stats, heading into Round 6, give possible indications why she isn’t in the squad at the moment: 20 general play turnovers, 52 penalties and only two gains and 85 goal assists.

But, with the four places still available in the squad and five more weeks until the Commonwealth Games team is named, Ravaillion can still prove she’s worthy of selection.

For this match, Collingwood had four athletes return to the court post Covid: Captain Geva Mentor, centre Molly Jovic and goal attacks Sophie Garbin and Gabi Sinclair. All four athletes started the match with Mentor and Jovic running out the full 60 minutes.

As has happened throughout the season, Garbin and Sinclair interchanged with each other with Magpies coach, Nicole Richardson erring ont her side of caution with Garbin’s recovery.