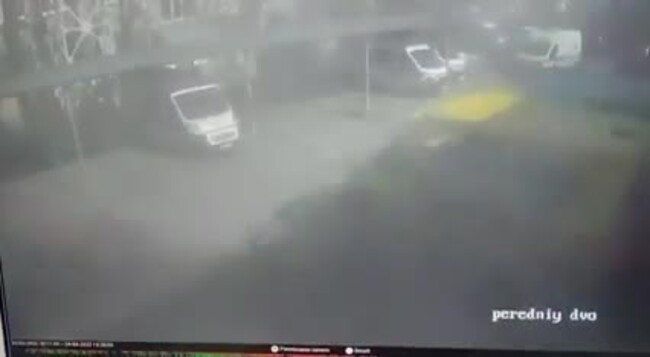 Hospitals were among civilian buildings damaged by shelling in the Ukrainian city of Mykolaiv on Monday, April 4, according to Ukrainian officials. Governor of Mykolaiv Oblast Vitaliy Kim released security footage on Tuesday showing the moment an ambulance parked outside a hospital was damaged by a strike. In a post on Facebook, Kim ridiculed Russia’s assertions that it was not targeting civilians or civilian infrastructure in Ukraine. “Yesterday’s attack on a secret medical facility – a children’s hospital,” he wrote. On Monday, the head of the Mykolaiv Regional Council, Anna Zamazeeva, had said two people – a man and a child – died when a strike hit a regional children’s hospital in the city. However, Storyful has not confirmed if the footage released by Kim shows the children’s hospital referenced by Zamazeeva. In a statement on Tuesday, the Prosecutor General’s Office said 12 people were killed and 41 were injured, including four children, as a result of Russian attacks on the city on Monday. Residential buildings, vehicles, and hospitals were struck by artillery, the prosecutor said. Storyful has not independently verified the casualty figures. Credit: Vitaliy Kim via Storyful