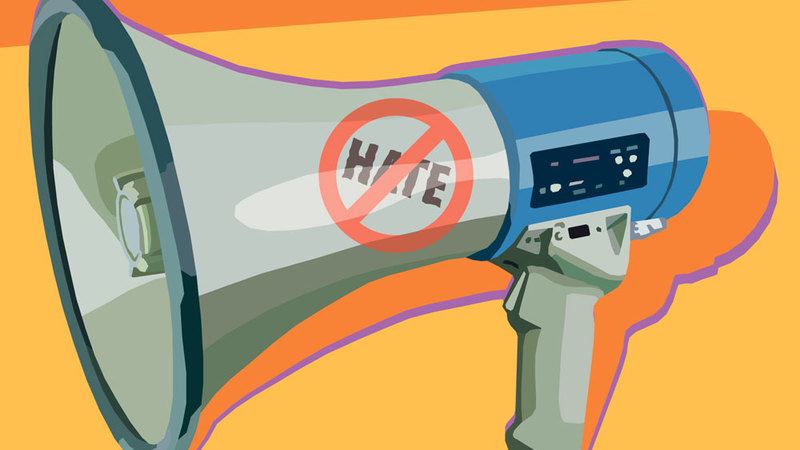 More than my own special interest and participation in the advocacy and formal processes, which gave rise to the development of the Prevention and Combating of Hate Crimes and Hate Speech Bill in the first place, it is our commitment to supporting people to live secure lives that draws Accountability Lab’s special interest to this Bill.

Our view of social and public sector accountability is one in which society is supported to build the values, norms and behaviours that enable us to be accountable to one another in the enjoyment of our rights and freedoms.

More than the urgent and necessary laws that prohibit harm and give rise to both civil and criminal remedies where it is experienced, we believe that South African society requires greater investment in proactive measures that build and promote mutual respect for difference and understanding for our diversity as people — regardless of our religious beliefs and cultural backgrounds, sexual and gender identity and presentation, professions, and racialised characteristics and identity or other characteristics.

Our view is that the work that is required from us in preventing and combating hate-crimes and hate speech goes beyond criminalising these undesirable behaviours that divide our society, and marshalling state and social institutions to efforts which unite us in our diversity.

South Africa has been grappling with — and perhaps even floundering under — the problem of attending appropriately to our apparent hate speech and hate crimes problem. Since at least 2008, when we saw a dramatic rise in the nationalist and anti-black xenophobic sentiment and violence we are seeing a resurgence of today, there have been urgent calls for policy and legislation to respond to hate speech and hate crimes in South Africa.

Further, as racial polarisation continues to deepen in South African society, we are also seeing and hearing more about the continued institutionalisation of anti-black racist speech and exclusion more than 27 years after the formal demise of the white-minority government which presided over the apartheid state.

The leadership of the women’s movement and lesbian, gay, bisexual, transgender, intersex and queer (LGBTQI+) organising formations have been central to bringing the language and frameworks we are reflecting on today in their advocacy towards an action plan that would keep women safe. Their work has been for all of us, but particularly centred on the parlous position of queer women and gender-nonconforming people who suffer victimisation and sexual and gender-based brutalisation linked to their marginalisation in society, including under the crimes we still clumsily call “corrective rape”.

Key among the initiatives they have produced is convening a hate crimes working group that has produced powerful evidence and resources supporting the comprehensive monitoring and investigation of where and how hate crimes happen, and contextualising this knowledge to inform the development of relevant and appropriate legal frameworks to challenge bias, hate and violence — such has this Bill — and the public sector capacity which supports its implementation and enforcement.

Significantly, if we consider for a moment what underpins the “hate” that qualifies the speech acts and conduct this Bill seeks to make offences, is the marginality of the people who typically fall victim to it. Alongside women, black people and LGBTQI+ people are Africans from other countries, sex workers and any person who not only does not enjoy the esteem of society, in the main, but are all the more available to unfettered violence and victimisation as a direct result of how lowly society regards the physical or social attributes that they have been identified through.

The work of this committee should be squarely focused on supporting and protecting these people on the margins — people like myself — from brutalisation, violence and victimisation because their difference positions them as “outsiders.”

We have made our specific and detailed submissions to the Bill in our written submissions, and wish to use this time before the committee to focus on two key aspects: the definition of harm and the offence of hate speech.

The definition of harm in the Bill is currently framed as follows: “Any emotional, psychological, physical, social or economic harm.”

It is plain to see that the definition is not only vague, but circular relying on the qualification of “harm” to define “harm”.

Although we presume the intention of the committee is to cast a wide net for the various ways in which harm may be suffered, it is important for the sake of clarity that harm itself be provided a more lucid definition. We propose the following definition: “Any quantifiable emotional, psychological, physical, social or economic impairment or loss objectively established as being detrimental to the enjoyment of rights, including to property.”

More than the clarity in our understanding of harm this proposed definition offers, it also distinguishes harm from mere offence, mindful that no one has a right to protection against offence to their person or sensibilities, but only a right to be protected against quantifiable loss or impairment (harm) that may derive from harmful speech acts or conduct which also happen to be offensive.

This is significant to curtail the abuse of the law in the pursuit of spurious claims related to offence, and which may anyway be pursued through existing facilities like the criminal offence of crimen iniuria  and the civil remedies for reputational harm or distress.

2. The offence of hate speech must follow the harm not the speech act

A clear definition of harm is also significant for the construction of the offence of hate speech.

If we consider the formulation provided in s4(1)(a) of the Bill, which reads as follows:

(1) (a) Any person who intentionally publishes, propagates or advocates anything or communicates to one or more persons in a manner that could reasonably be construed to demonstrate a clear intention to —

(i)  be harmful or to incite harm; or

we can see that the offence has two essential components:

This is clear enough. The speech act must be linked to a quantifiable loss or impairment or propagate hatred (thereby causing or ripening the conditions for harm) of a person on the basis of the attributes enumerated in sub-sub-sections (aa) etc.

But subsequent subsections in 4(1)(b) and (c) go on to make the commission of further speech acts containing hate speech themselves an offence without qualifying this.

Although we understand the importance of curtailing the electronic distribution and gratuitous display of speech acts which constitute hate speech, we believe that a blanket prohibition on the distribution of speech constituting hate speech without due consideration of the purpose and context in which this is happening disregards the varied and objectively reasonable bona fides purposes for which it would be distributed.

One might say that the exclusion provisions in subsection 4(2) address this concern but these are insufficient for enabling society as a whole to witness and negotiate the relationship between and limits of offensive and hate speech — which is where the work of marshalling state and social institutions to efforts which unite us in our diversity lies. We must be able to get it wrong to get it right.

Moreover, we must be able to see and hear when something has gone wrong to do the work of making it right. This necessarily includes sharing, seeing and hearing where and how hate speech has been committed, why it is wrong as well as sharing in society’s condemnation of hate speech with the contempt it deserves. Without this, we only risk inviting a chilling effect on our right to freedom of speech itself.

To the extent the exclusion provisions in s4(2) are not clarified to address this concern, we propose that section 4(1)(a) be revised as follows:

paragraph (a) with the intent of propagating hate speech, through an electronic communications system,  which is —

(i)  accessible by any member of the public; or

(ii)  accessible by, or directed at, a specific person who can be considered to be a 20 victim of hate speech,

is guilty of an offence.

To conclude, even while we welcome this urgent and necessary instrument to support and protect people on the margins from brutalisation, violence and victimisation because their difference is used to turn us into outsiders, parliament must do this without encroaching on our hard-won right to freedom of speech.

Moreover, the efforts to prosecute and curtail hate and its propagation should not be limited to the law alone. We need more socially-targeted, people-driven interventions which bring all of society together to take personal responsibility for the problem and advance programmatic action which unites us in our diversity.