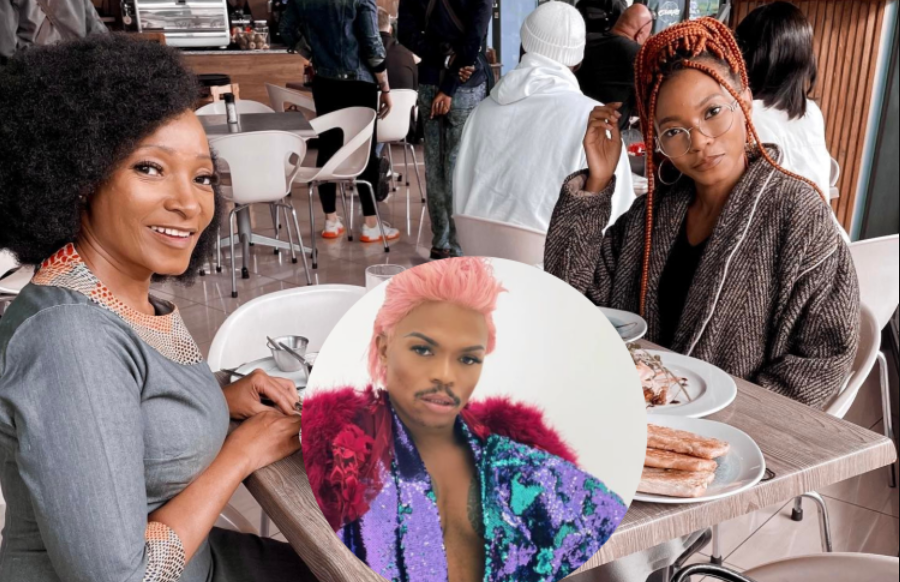 Actress Palesa Madisakwane revealed that she was already pregnant with media personality Somizi Mhlongo’s child when she found out he was gay, on the latest episode of his reality series which released today (18 May).

PALESA: ‘I FOUND OUT HE WAS GAY WHEN I WAS PREGNANT’

Palesa Madisakwane revealed that she only found out Somizi was gay when she was pregnant with their child. The actress also claims that Somizi’s mother, veteran actress Mary Twala and his sister told her to leave the baby with them and go on with her life. This was because they knew Somizi was not like other boys.

“When I went to speak to Somizi’s mother and his sister, I remember Somizi’s mother saying ‘my child, you can see how Somizi is. He isn’t like other boys. Give us the child and go on with your life,” she said.

“I had also just found out that he was gay and I had fallen pregnant with his child, you know? It was a confusing time of my life to understand what being gay meant. I think in my little girl’s mind, I thought I had a boyfriend,” she continued.

“I could brag about my boyfriend being a part of Sarafine! Whenever he came to see me,” she added.

Palesa went on to say that the Idols SA judge did not “act gay or seem flamboyant.” The media personality has a 26-year-old daughter with Palesa, named Bahumi.

Palesa says that it is hurtful when Somizi does interviews and says that she knew he was gay. She labelled this as “false.”

“What hurts me the most is that when he does his interviews or when  read somewhere… he would often say that I knew he is gay and that is false. When he says I knew that he was gay, how did I know such? Where would I have learnt about the homosexuality through him,” Palesa went on to say.

Pansexual is defined as someone who is not limited in sexual choice with regard to biological sex, gender, or gender identity.

“Even the baby mama knows that when she told me she liked me, I told her I was gay. She said I was lying and she tested me. I decided to go for it and that’s how it happened,” he said.