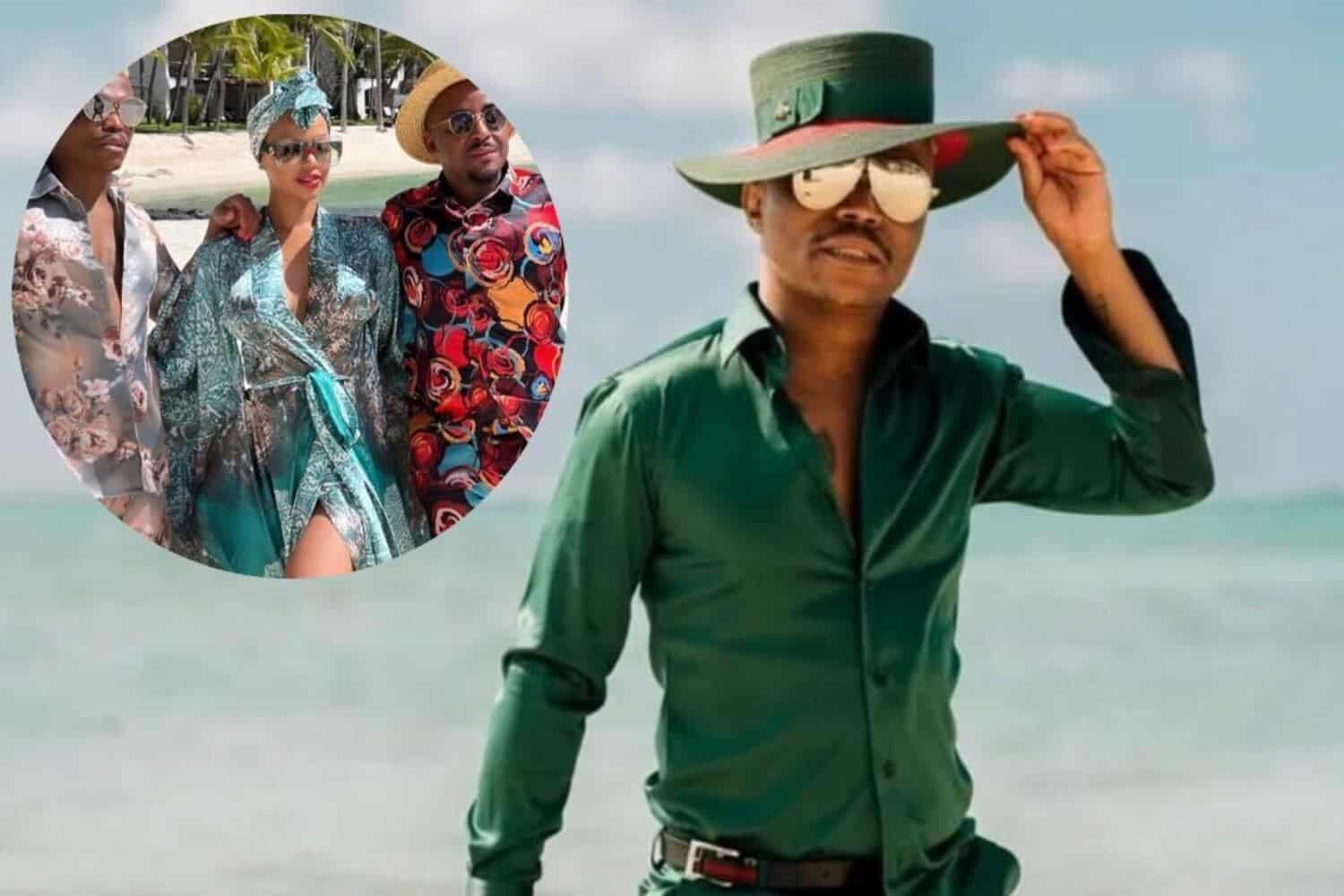 Somizi Mhlongo, Leeroy Sidambe and Mihlali Ndamase have escaped the chaos in their respective personal lives, and have dashed off to Mauritius for a luxurious group vacation.

The media personality took to social media on Wednesday to share a video of himself dressed from head to toe in Gucci, and boarding a flight with his best friend, Ndo Maleho, as well as Mzansi’s favourite controversial couple, Mihlali and Leeroy.

This international getaway took place on the same day that Somgaga’s estranged husband’s tell-all documentary Mohale: On the Record aired on Showmax.

On the special, Mohale got the chance to tell his side of the story of their failed marriage, and share some shocking revelations on the treatment and abuse which he received from the Idols SA judge throughout their union.

ALSO READ: ‘Mohale: On The Record’ – Revelations that will make you go ‘yoh’

Hours later, Somgaga shared a video of himself dancing at the One&Only Le Saint Geran resort in Mauritius where all four of them have been staying throughout their vacation.

“We didn’t even check in… Went straight to dinner and now dancing the night away,” said Mhlongo.

Since the group landed in Mauritius, they have been feeding their fans and followers with exquisite vacation content despite all the riff raff that has been happening on social media with regards to Mohale’s doccie, as well as Sidambe and Ndamase’s complicated relationship.

On Thursday night, Twitter blogger Musa Khawula revealed that the One&Only Le Saint Geran resort which the vacation squad has been staying at is the exact same location where Leeroy and his estranged wife, Maryjane Sidambe, went to in 2018, to celebrate his birthday.

Many allegations have been made with regards to their relationship, and it is not yet clear whether Leeroy and Maryjane have officially ended their marriage, or if Mihlali may have been the reason for their split.

Here are some pictures from Somizi’s Mauritius vacation with Mihlali and Leeroy: