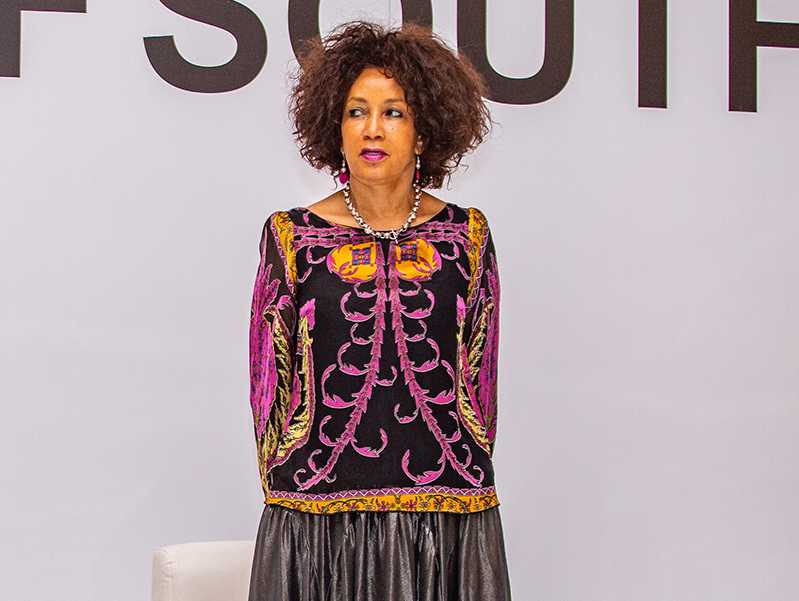 Defiant Tourism Minister Lindiwe Sisulu has taken the fight to the ANC’s integrity commission, accusing the commission’s members of failing to call to order errant party leaders while targeting her for her comments on the judiciary.

Sisulu appeared before the commission on Wednesday, following the uproar caused by her article attacking the judiciary and her subsequent defiant attitude towards President
Cyril Ramaphosa who tried to rein her in. Sunday World understands that party veteran who make up the commission had their hands full during the virtual meeting with Sisulu, who is the daughter of struggle icons Walter and Albertina Sisulu.

Those with knowledge of the meeting said while some committee members tried to pin her down on the article she recently penned, which criticized the judiciary, Sisulu remained defiant and gave them what one of those in her inner circle described as a “lecture” about the struggle as she allegedly also accused them of hypocrisy.

The meeting was chaired by Sophie Williams-de Bruyn, the last surviving organizer of the 1956 Women’s March, while other committee members including former Tshwane mayor and political activist Father Smangaliso Mkhatshwa; James Ngculu, who is a former Umkhonto weSizwe (MK) soldier and former chair of the parliamentary portfolio committee on health; as well as struggle veterans Sue Rabkin and Cyril Jantjies.

The commission’s chairperson, George Mashamba, is understood not to have been present at the meeting. Sisulu is said to have asked why Limpopo premier and ANC provincial chairperson Stan Mathabatha has not been hauled before the committee for “abusing” the ANC’s 110th birthday celebration on January 8 to call for a second term for Ramaphosa.

Rabkin is said to have questioned the timing of Sisulu’s penning of the article on the judiciary, asking why it was authored just before the January 8 statement. The former housing minister, according to ANC insiders, poured cold water on the question, saying she did not have the powers to determine when to publish.

“She told them [the committee] that her family spent 55 years in jail fighting for this country and that she is unlikely to stop anytime soon,” a source said. “She asked them if January was about the ANC’s birthday celebration or was it about the CR22 [Ramaphosa’s re-election campaign] launch as the Limpopo chair pronounced?” Sisulu, in the uncompromising defense of her article, went on to invoke Western Cape High Court Judge President John Hlophe’s name, whom she said agreed with her on Africanising the laws.

She allegedly poured scorn and disdain on the proceedings as she told the committee that it seemed that people who were not judges “were more affected” by her assertions than the jurists. Sisulu’s spokesperson Steve Motale confirmed that the minister appeared before the commission.

“It is true minister Sisulu defended her right to freely express herself, a precious liberty she and many other freedom fighters fought for all their lives. The minister did raise serious concerns about apparent double standards,” he said.

Mashamba could not be reached for comment. Sisulu’s article had prompted Acting Chief Justice Raymond Zondo to convene a media briefing during which he said the article was “rich in insults but poor in substantiation”.

Last month Sisulu had a public fallout with Ramaphosa over the meeting the two held to discuss the article on the judiciary. While the presidency issued a statement of apology on her behalf, Sisulu distanced herself from the statement, saying the president’s statement was “unfortunate as it was not what they agreed on”.

Sisulu has so far survived calls from within and outside the ANC to be dismissed from the cabinet. It was decided at a meeting of the ANC’s national executive committee late last
month that she be summoned to appear before the integrity committee.

However, it is understood that she put on a show on Wednesday. Another source said Sisulu took the fight to the members of the commission, “pointing fingers” at them for
not acting against senior ANC leaders whose behaviour and comments were out of line.

“She told them that everything was factionalized today, even the cabinet. She asked the integrity committee why accountability wasn’t there after losing so many metros and municipalities,” the insider said.

Last month, Sunday World reported that Sisulu was daring Ramaphosa with her attack on the judiciary. Her public spat with the president may explain her brazen attitude, which is
believed to be the start of her campaign to unseat Ramaphosa as party president when the ANC holds its elective conference in December.

Sisulu’s lobbyists have been crisscrossing the country, negotiating with the so-called radical economic transformation (RET) faction of the ruling party as she begins to launch her bid to lead the ANC.