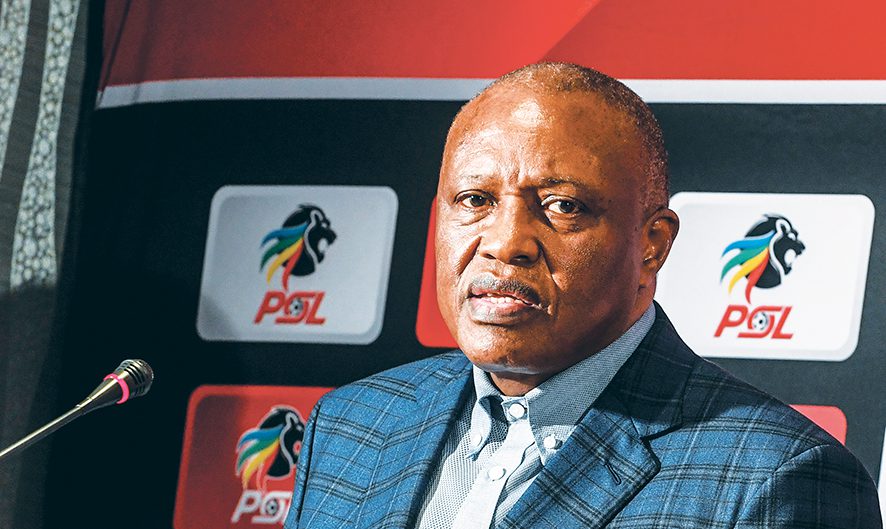 Orlando Pirates chairman Irvin “Iron Duke” Khoza says he will not be at peace until law enforcement authorities find the person responsible for Senzo Meyiwa’s death.

Meyiwa, the then Buccaneers and Bafana Bafana captain, was gunned down at his girlfriend, singer Kelly Khumalo’s house in Vosloorus in 2014.

The murder trial of the five men accused of killing Meyiwa  seems far from being concluded and has now been postponed to September 12.

“I am not at peace,” said a visibly overcome Khoza. “It is quite unfortunate what has happened in terms of what we are consuming on TV and the riddle that is unfolding every time. It is confusing to all of us – to see what it is that we do not know that has taken place to create this kind of confusion, from the Hawks, the witnesses, the neighbours, and people who were in the house, it is just confusing,” he said.

Khoza said Meyiwa was only 13 when he joined Orlando Pirates and went on to become captain of the club and Bafana Bafana. He said the soccer star was a national asset.

“Unfortunately, [his death] happened at a time when he was captain of my club and the national team. That’s why when I took his body to the family, I said to the family that I am happy to bring your son – but I am not happy to bring him back lifeless,” he said.

“When they find the culprit, then I will be at peace. I don’t think the boy deserves that kind of treatment because he was a gentleman,” said Khoza.  “The boy deserved better and gave so much for the club.”

Recalling Meyiwa’s time at the club, Khoza said he never sulked when on the bench. “He was in the shadows of Moeneeb Josephs for a long time and he never had a long face,” he said.

“He made a mistake in his first game against Ajax Cape Town when he tried to trap the ball and it went into a goal – that could have destroyed anyone or him. Then against TP Mazembe he stopped two penalties. How can I not be happy? His spirit, he had a good heart at the right place, he was never grumpy or one to complain.

“Even on the day he died, he was supposed to be at a party, his friends were waiting for him because he was a jolly fellow. You see his videos when he is singing and happy in the car.”