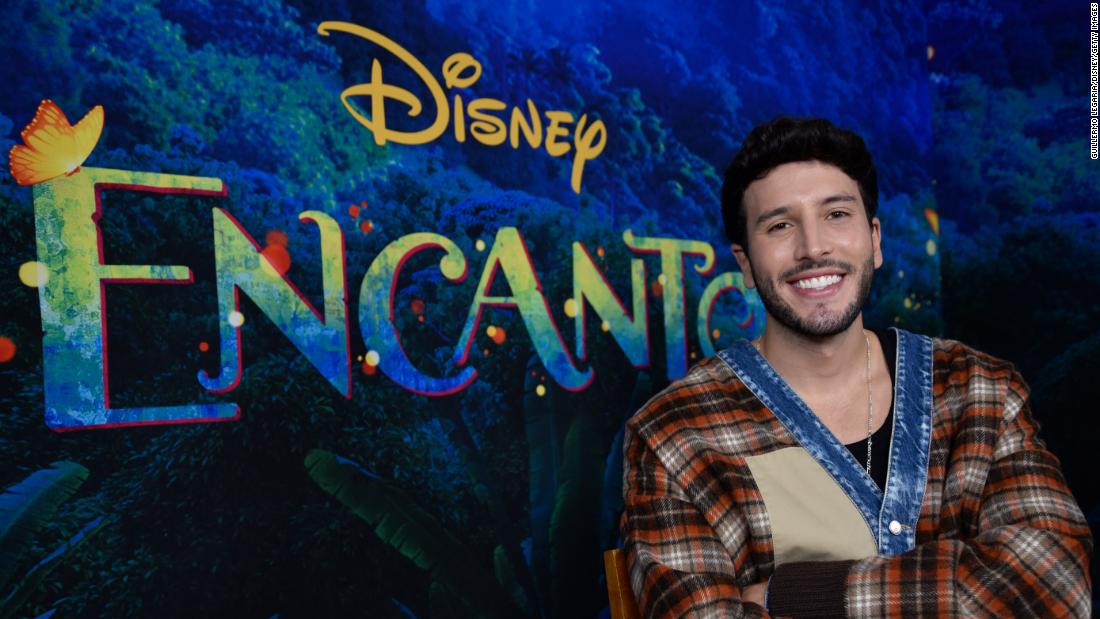 “I cried at the beginning of the movie,” Yatra told CNN en Español. “To watch a Disney movie about Colombia, that shows different elements that are so specific about my country, the people, the family… knowing that I am part of that, I started crying like a little child.”

“Dos Oruguitas,” written by Lin-Manuel Miranda and nominated for an Oscar, is the Spanish-language song that sets the tone for the movie’s most poignant scene: Abuela Alma’s (María Cecilia Botero) heartbreaking flashback to her life with Abuelo Pedro.

In the film, which features both English and Spanish, the song is played in full in Spanish, with no subtitles. The tune is also played in Spanish in international versions of the film, a move that marked a first for Disney.

“It is the first time that Disney leaves a song sung in Spanish playing all over the planet. So it is not only in the United States and throughout Latin America that they hear ‘Dos Oruguitas’ in Spanish, but also in China, Russia, Afghanistan… wherever it is playing, it is in Spanish,” Yatra explained. “It is a film that is representing Latinos and Colombians around the world. Everything in ‘Dos Oruguitas’ and’ Encanto’ has been a dream come true.”

Lin-Manuel Miranda told Vulture in January that “Dos Oruguitas” the most difficult song he wrote for the film.

“A lot of what limits me is just vocabulary — the right word for the right moment. I just chipped away at it bit by bit,” he said. “An interesting side effect was I started dreaming in Spanish again; I had not dreamed in Spanish since I was a kid staying with my grandparents in Puerto Rico.”

Last week, Disney announced that “Encanto” was being re-released in theaters in the United States. To date, it has earned more than $243 million the box office internationally, according to Box Office Mojo.

Yatra has also seen increased success with the song’s release. He announced on Tuesday he will be heading to the United States with his “Dharma World Tour,” which is set to begin in Houston, Texas, on August 25 and will finish in San Juan, Puerto Rico, on November 12.

“Dharma” is Yatra’s third album, which contains a rich mix that demonstrates the Colombian’s versatility.

Yatra sings ballads like “Tarde” and “Adiós,” indulges in punk-rock with “Las Dudas” and makes his fans dance with an Argentinian cumbia villera with “Amor Pasajero.”

Yatra told CNN en Español’s Zona Pop that he wrote some of the songs with the lessons he learned during the pandemic.

Tickets for “Dharma World Tour” go on sale on February 25.