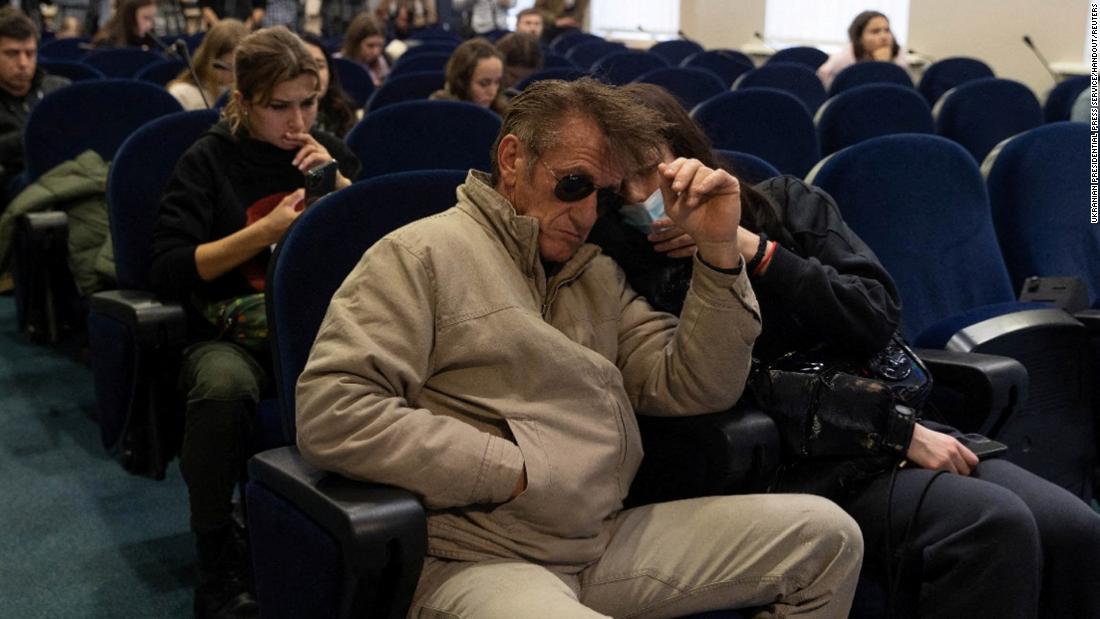 Ukraine’s Office of the President said that Penn came to Kyiv to “tell the world the truth about Russia’s invasion of our country,” according to a translated Facebook post from the office, along with a photo of Penn attending a press conference led by a presidential adviser.

“Our country is grateful to him for such a show of courage and honesty,” the office wrote Thursday.

Zelensky, who was a professional actor before launching his political career, also shared a video of a meeting he had with Penn in an Instagram story.
Variety reported that Penn flew to the country to complete a documentary on the Russian invasion with Vice Studios. When reached for comment, a representative for Vice Media Group told CNN that the documentary is a “Vice Studios production in association with VICE World News and Endeavor Content” but would not confirm Penn’s involvement in the project.
Penn spent time in Ukraine in November, when he met with Ukrainian forces as tensions rose between the country and neighboring Russia. At the time, ​​a Facebook page for the Ukrainian Joint Forces Operation said that Penn was working on a documentary on the conflict, Business Insider reported in November, though that Facebook page has since become unavailable.

CNN has reached out to Penn’s representatives for comment.