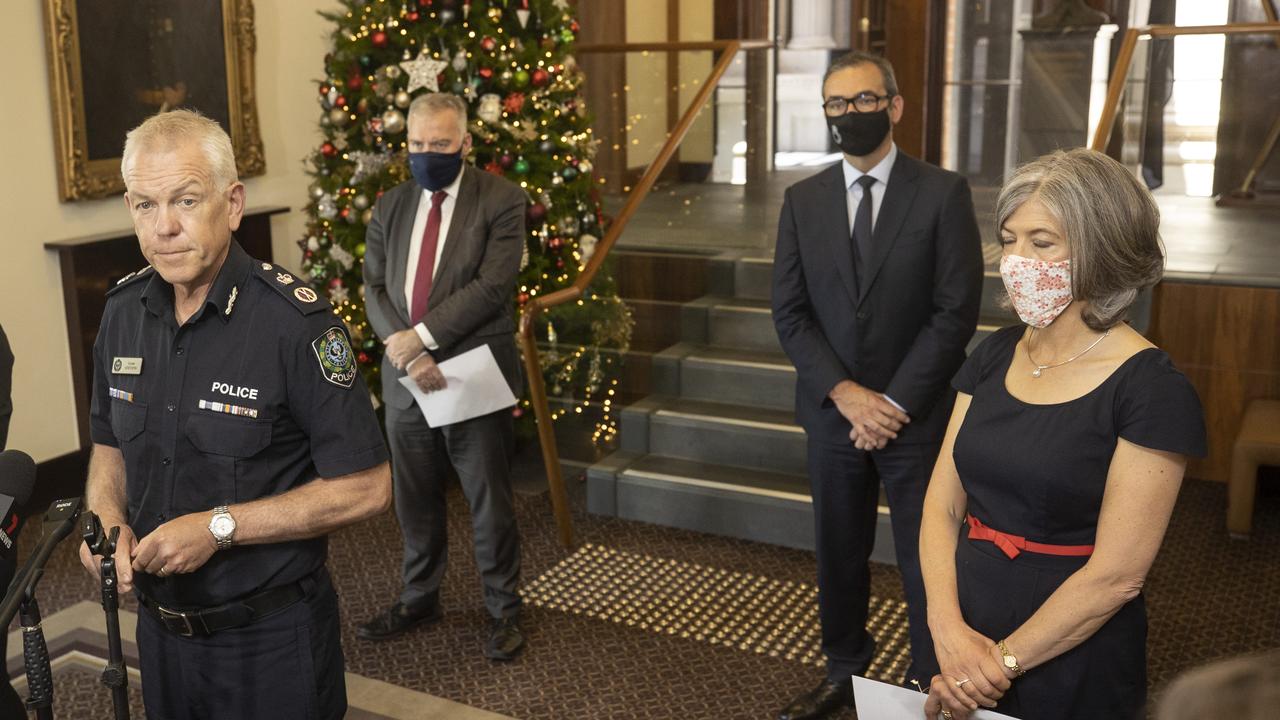 SA Health is expected to consider a border shutdown in South Australia on Saturday, after the Omicron variant was detected in NSW on Friday.

South Australia’s Covid-19 chiefs will on Saturday consider an emergency borders crackdown with NSW and Victoria over fears about Omicron as the state records its first mysterious local case in 19 months.

In a major development less than a fortnight after borders reopened for the first time in 153 days, authorities will debate urgent SA Health advice on a growing NSW outbreak linked to the new variant of concern.

The emergency directions committee meeting, chaired by SA Health chief executive Chris McGowan, will decide if borders with NSW, Victoria and the ACT should be tightened, and possibly closed, to prevent the highly infectious strain spreading in SA.

The committee, which recommends restrictions for Police Commissioner Grant Stevens to authorise as state Covid-19 co-ordinator, ruled out snap changes on Friday night.

But senior government sources said authorities were “really concerned” about “lax” international quarantine rules in NSW and Victoria and the Sydney Omicron outbreak.

Chief public health officer Professor Nicola Spurrier has twice in the past week requested borders be closed but no changes were made.

NSW Health is investigating a cluster at Regents Park Christian School, in western Sydney, where 13 Covid-19 cases have been identified.

Genomic sequencing testing has found three cases of the Omicron strain, which originated in southern Africa before spreading around the globe. Urgent testing is under way on another 10 cases. A source has not yet been found.

ACT Health last night also announced a local vaccinated patient has Omicron despite not travelling overseas. Early data shows the strain could be milder, but more infectious, than the Delta variant.

SA Health on Friday revealed a woman in her 30s with an “unknown source of infection” had spent time in Port Noarlunga. It sparked an urgent alert for the Onkaparinga Council area in Adelaide’s outer south, including Port Noarlunga and Reynella, to get tested for even the mildest of Covid symptoms.

SA Health’s Communicable Disease Control Branch is scrambling to identify her mystery infection after contact tracers failed to establish where she fell ill.

It is the first mysterious community transmission case since April 15 last year and comes 10 days after borders reopened to the eastern states.

There have been 35 cases since borders opened on November 23 – 19 linked to a cluster in Norwood. At least two cases are Indigenous.

The cluster grew by one on Friday, a day after 16 cases emerged, including former premier Jay Weatherill. SA Health is investigating if Friday’s case, a man in his 50s who attended the Henley High School 40-year reunion, contracted the virus interstate.

As another exposure site emerged at a children’s play event at Glenelg, SA Health’s website temporarily crashed. The exposure time for a Marion gym was reduced from 13 hours to one – a mistake blamed on a typo.

WA’s border, meanwhile, closed at 12am on Saturday while NT authorities announced a travel crackdown.

Commonwealth data showed that on Friday, SA hit the milestone of having 90 per cent of eligible adults older than 16 double jabbed.