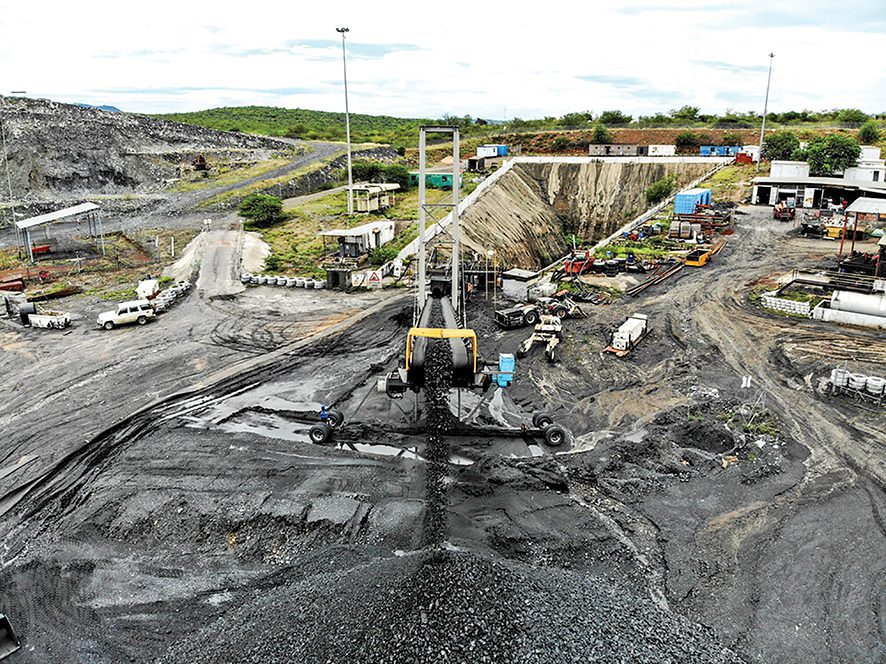 Johannesburg- The spillage of dangerous toxins at the Zululand Anthracite Colliery (ZAC) coal mine located in the village of oKhukho near Ulundi, the heartland of KwaZulu-Natal, has again brought under scrutiny the plight of rural communities who are at the mercy of mining companies.

Subsistence farmers in the area say for decades they have fought a losing war against the operations of the coal mine, saying it was affecting their livestock and posed a danger to human life.

“Farming and small-scale agriculture is the backbone of many communities in this area. Our families survive by it. For several years we have appealed for the mine to find other methods of operating because it was affecting our livestock.

“The recent spillage is only a tip of the iceberg. Our crops cannot grow properly because of the harmful toxins released by the mine,” lamented local farmer Buzani Mpanza.

A team of environmental inspectors from the national Department of Forestry, Fisheries and the Environment were dispatched last week to the mining company to assess environmental damage following complaints from villagers.

About 1.5-million litres of liquid coal waste spilled over to the nearby water streams, including the Umfolozi river system, following the collapse of a wastewater slurry dam at the coal mine.

Apart from the threat to human life who consume the water from the rivers, environmentalists were quick to warn that the harmful acidic waste would have a severe impact on nature conservation. There are also concerns the spillage might affect the ecosystem of the nearby Hluhluwe-Umfolozi Game Reserve and the world heritage site Isimangaliso Wetland Park.

Another subsistence farmer, Thulani Mkhwanazi, said the nearby rivers had dried up because of the mining activities.

“We do not have any taps and households now rely on portable water delivered by the Zululand municipality, which sometimes does not come. Our source of freshwater has become polluted,”  said Mkhwanazi.

In the past, the coal mine, owned by Menar Group, was taken to task by the Ezemvelo KZN, a government conservation agency, for the pollution and the increased volume of water consumption.

The mine is currently in a legal tussle with the agency following the granting of a new water licence.

According to the mine’s environmental superintendent ,Musawenkosi Buthelezi: “Community leaders were generally satisfied with how ZAC has handled the incident, working together with the host communities themselves, as well as relevant authorities to ensure continued support for livelihoods and economic activities.”

He added the coal mine was complying with directives from relevant regulatory authorities.