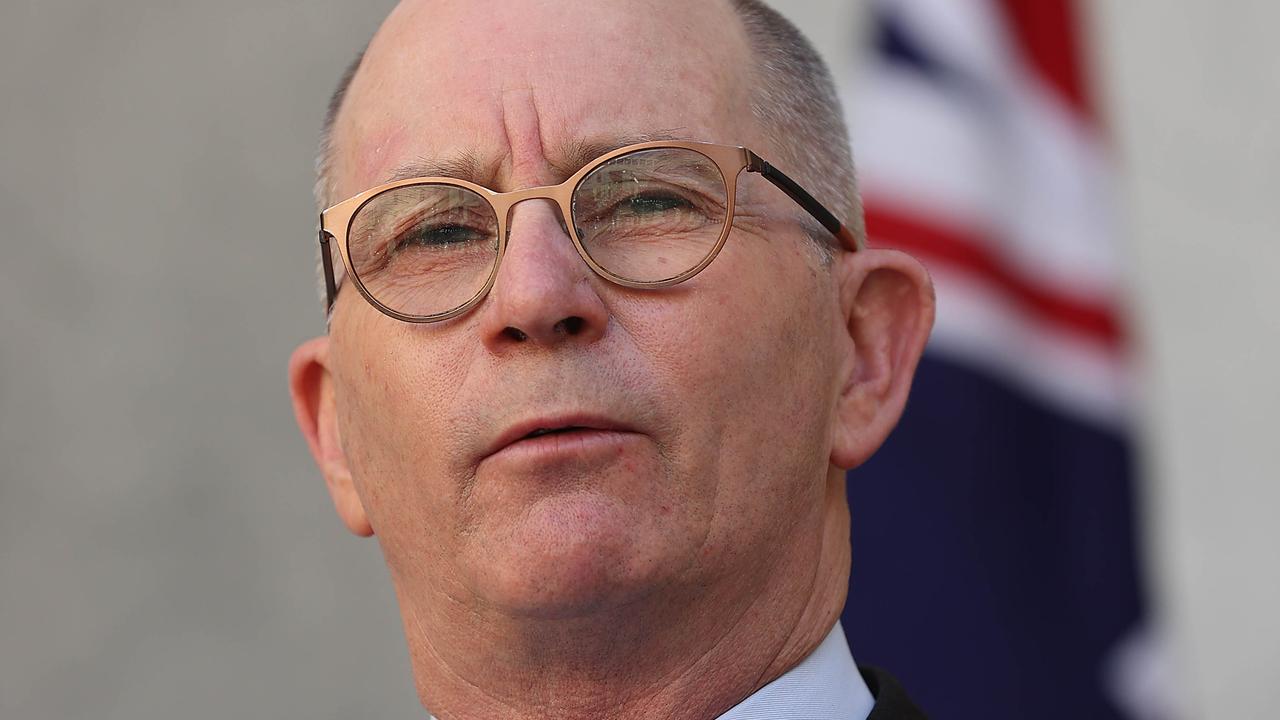 Australia’s chief medical officer has issued advice about rapid antigen tests, saying many results were wrong for one reason.

Professor Paul Kelly said RATs were a valid way of making a diagnosis in the “current circumstances” of 500,000 active cases across the country, but noted they were not as sensitive as the gold standard PCR test, which detects Covid at the very beginning.

He said many people were taking RATs early on in their illness and this meant they were wrongly returning negative results.

“What’s happening at the moment, a lot of people are using rapid antigen tests early in their illness when there’s not as much virus in the nose and throat,” he said.

“And so that can be negative initially, but they become positive as you go through the illness.

“So it is a matter of persisting.”

Close and casual contacts who are symptomatic are eligible to get PCR tests, but clinics have been struggling with backlogs.

Professor Kelly warned that NSW, Victorian and ACT residents with respiratory problems should assume they had Covid – even if they returned a negative RAT.

“My message to Australians at the moment, if you have respiratory symptoms, particularly if you’re in NSW, Victoria and the ACT and increasingly in other states, it’s likely to be Covid,” he said.

“You should take actions along those lines while you’re waiting to get a test or get your test result.”

New guidelines on isolation requirements for workers in critical supply chain industries were endorsed by national cabinet on Monday.

Prime Minister Scott Morrison said the change would allow close contacts working in critical food and grocery production, manufacturing, logistics and distributions facilities to be able to go to work if certain requirements were met.

He said it did not extend to workers who dealt with customers face-to-face in retail settings.

“So, those who are driving the truck to deliver the food, those stacking the shelves at night, those in the distribution centres, those who are in the abattoirs, the manufacturing places that are producing food,” he said.

“It’s all of those now caught up in those new critical supply chain rules.”

Mr Morrison said the isolation changes had been approved by the Australian Health Protection Principal Committee, which is made up of state chief health officers and chaired by the chief medical officer.

A document outlining the changes says food and grocery critical workers who are close contacts need to get a negative RAT result on day one, and take a RAT every second day until day six.

They must also isolate while not at work, travel to work alone where possible and continue to monitor for symptoms for 14 days.

Professor Kelly said Woolworths and Coles were struggling with a 30 per cent to 50 per cent absenteeism rate, as the nation grapples with empty supermarket shelves and meat shortages.

“They cannot operate in those sort of circumstances.

“We asked them specifically about whether that’s because people are contacts or whether they’re actually sick.

“It’s a mixture and it’s patchy around the country.

“But that’s the sort of issues that we’re dealing with and we need to move fast to take these risk-based approaches to deal with that issue.”

NSW, Queensland and Victoria have all announced a relaxation of isolation requirements for food logistics workers.

“The Attorney-General is leading a process with the states and territories, which we anticipate being concluded in time for national cabinet on Thursday,” he said.