Queen Elizabeth II has postponed a key meeting after being advised by doctors to rest, Buckingham Palace said.

The 96-year-old monarch was scheduled to attend a virtual meeting of her Privy Council, a day after she appointed Liz Truss as the new UK Prime Minister. Truss is the 15th Prime Minister appointed by the Queen during her 70-year reign.

The Privy Council is a body formed of senior politicians who act as the Queen’s official advisers. During the gathering today, Truss would have taken her oath and new cabinet ministers would have been sworn into their roles. 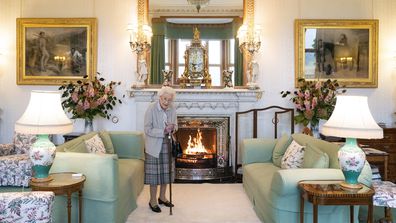 “After a full day yesterday, Her Majesty has this afternoon accepted doctors’ advice to rest. This means that the Privy Council meeting that had been due to take place this evening will be rearranged,” a Palace spokesman said.

A royal source said the meeting was virtual and the Queen hasn’t been to the hospital.

The Queen remains at Balmoral Castle, her Scottish country residence, where she received Truss and her predecessor Boris Johnson on Tuesday – the first time a prime minister has officially tendered their resignation or been appointed outside of Buckingham Palace during the Queen’s seven decades on the throne.

Buckingham Palace announced in advance that the Queen would not be making the 1000-mile (1600km) round trip from Scotland. A royal source told CNN the decision was to avoid any last-minute alternative arrangements in the event the Queen finds herself experiencing any episodic mobility issues.

Appointing a new prime minister is one of the Queen’s core ceremonial responsibilities as Head of State – with others being the State Opening of Parliament and the signing of parliamentary bills into law.

In May, the Queen missed the State Opening of Parliament for the first time in 59 years. The palace cited the monarch’s “episodic mobility problems” but declined to divulge further details citing patient confidentiality.

Instead, Princes Charles and William took center stage at the event, with the heir to the throne reading the government’s legislative agenda for the year ahead on his mother’s behalf.

The ongoing mobility issues, which the Queen has faced for nearly a year since a brief hospital stay last October, have also hampered other occasions including her Platinum Jubilee celebrations in June.