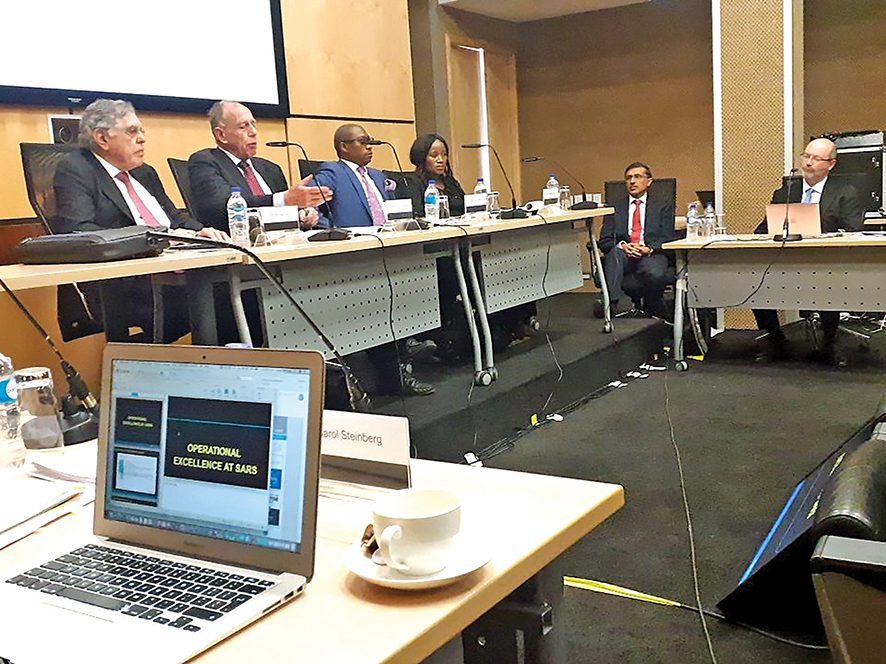 Johannesburg – The role of the private sector in the state capture project came to the fore this week as the Judicial Commission of Inquiry into Allegations of State Capture, Corruption and Fraud in the Public Sector including organs of state delivered the first of its three-part report to President Cyril Ramaphosa.

Zondo went a step further and called for an investigation on all government contracts won by Bain.

Bain was employed by former SARS commissioner Tom Moyane to establish a restructuring model of the revenue service division at a cost of R164-million.

The company was implicated by its former employee Athol Williams, and other witnesses, who testified before the Nugent Commission that the firm had been central in the dismantling of SARS.

Judge Robert Nugent, who chaired the inquiry into tax administration, was scathing about the conduct of Bain over the work it did for SARS.

Bain’s former partner, Vitorrio Massone, according to testimony before Zondo and Nugent, was informed at least 12 times by former president Jacob Zuma that Moyane would be appointed commissioner and would need help revamping the tax agency.

Bain’s restructuring plan has been blamed for bringing SARS to its knees after it discontinued key units at the entity. Bain has paid back the money it earned from SARS.

Bain has also come under pressure from former UK minister Lord Peter Hain, who wrote to Prime Minister Boris Johnson to formally request that his administration freeze all contracts with Bain subject to it fully cooperating with South Africa’s law-enforcement entities.

In a statement, Bain said Zondo had mischaracterised its role in state capture.

“While the commission highlighted mistakes on our part and made a number of recommendations, we remain confident that we did not in any way wilfully or knowingly support state capture at SARS. We have offered full cooperation to enforcement authorities and will continue to do so. We have since taken comprehensive action to ensure that we do not repeat our past mistakes.”

Aeon Investment Management’s chief investment officer, Asief Mohamed, said the private sector needed a deep introspection. “For corruption and excessive pricing or price gouging in various forms to thrive, it requires a corrupter and corruptee. The greed and avarice of the private sector both in the apartheid era and post-apartheid era have been the primary drivers for high levels of corruption.”

PwC and Nkonki also drew the ire of Zondo over the looting under their watch at SAA.

“PWC and Nkonki gave clean audits to SAA for five consecutive years between 2012 and 2016. During this period, the board was in a state of precipitous governance decline. It was also engaging in acts of corruption and fraud. None of this was, however, detected by its auditors. Instead, their audit reports each year conveyed to the public that SAA was complying with the law and that irregular expenditure was under control,” Zondo’s report reads in part.

PwC did not respond to questions sent to it.

Also read: ‘I’m glad I blew the whistle on Bain’s role in the capture of SARS’- Athol Williams