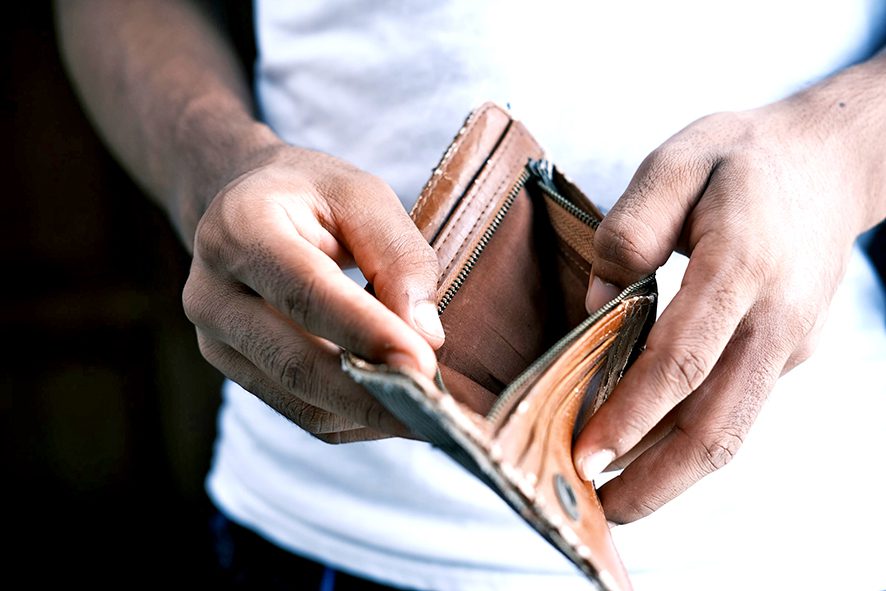 I can never resist the charms of a beautiful woman. That’s my weakness. So, when such a lady stopped me at the mall, I screeched to a halt and gave her my audience. It turns out she was peddling some cellphone products on credit.

I was more interested in her bodacious physique than her sales pitch. I could already imagine her in a swimming costume, sipping a mojito in Zanzibar. Then she asked me whether I held accounts elsewhere. I told her I did not. That killed the deal. Apparently, creditors need the information to determine your record and creditworthiness.

I think of myself as a prepaid kinda guy. The last account I held I cancelled in 2006, and it was a struggle. The clothes I had bought had long frayed while I still honoured the monthly payments. After I paid it off and instructed the store to cancel my account, they still sent me statements reflecting debits for the magazine they still sent me by post. That made me so mad I rushed to their Cape Town store and demanded an immediate cancellation. It turns out I had cancelled the account but I had not cancelled the magazine subscription, which, by the way, I never signed up for.

I have, of course, had a credit and petrol card and remember very well the day I filled up, only for the petrol card to be declined because I had reached my limit. Getting out of that morass took me more than a year. Don’t get me started on cellphone contracts because that’s another hole I battled to dig myself out of.

So, these days I am proudly prepaid. The booze I drink, the clothes I wear, the specs I wear, the food I eat, even the car I drive, if I cannot buy it cash, I defer it until I’ve raised enough funds to buy it.

It has not been easy because I am not Phala Phala cash flush but it’s certainly doable.

According to the Genesis Analytics report and the Financial Sector Conduct Authority, more than half of SA’s credit-active consumers are over-indebted. The debilitating fuel hikes have worsened the situation, and people have resorted to swiping on credit to make it to the end of the month. It’s so sad.

I got so mad when my daughter asked me to top her up, and when I did, it turns out she owed the network R300. Considering that she’s a student, it did not make sense they would give her airtime advances, but they did.

That explains why the CEOs of all these telecommunications companies are creaming millions in annual bonuses and basic pay.

I was sad to let the pretty mall woman go before we booked our trip to Zanzibar.