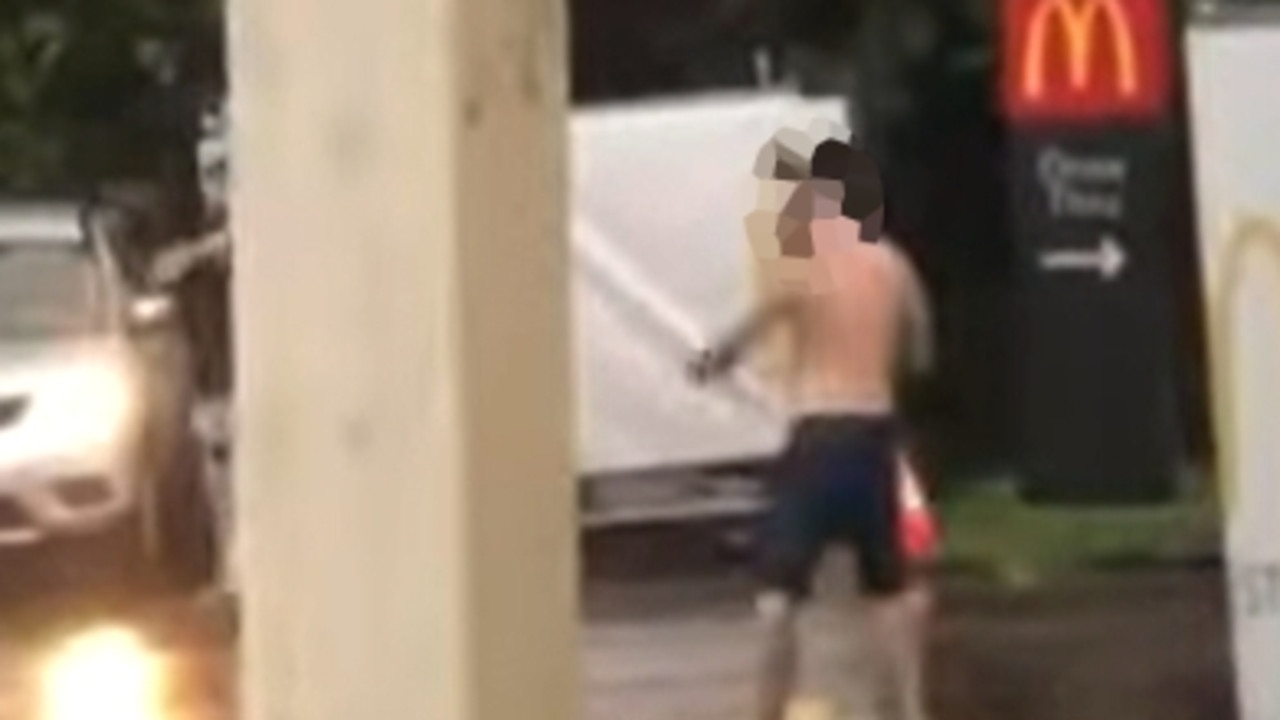 Footage has emerged of a man being shot by police in a McDonald’s car park after he allegedly lunged at them with a knife.

Shocking footage has emerged of a man being shot and critically injured by police in a McDonald’s car park.

The incident occurred at Marsden Park Shopping Centre, south of Brisbane on Friday.

Video filmed by onlookers, shows multiple officers surrounding the man and yelling at him to “drop the knife”.

The shirtless man appears to yell back at police, “F**k off” and “I don’t even have a gun”.

He then moves towards the officers as they direct him to get on the ground.

The officers fire several times and he falls to the ground.

Police continued to point their weapons at the man and directed him to drop the knife.

The man sustained critical injuries in the shooting and was transported to hospital in a critical condition.

A Queensland police spokesperson said officers responded to a disturbance in the area at around 4:45pm Friday afternoon.

Following the shooting forensic tents were set up and police remained at the area for several hours.

McDonald’s released a statement confirming no crew or customers were harmed during the incident, The Courier Mail reported.

“Crew involved have been offered support and we are assisting the police,” the statement said.