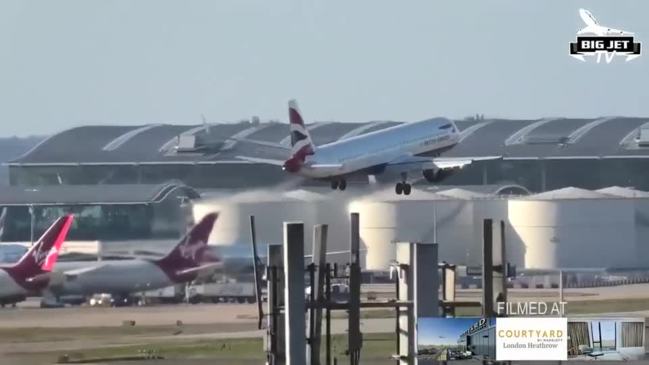 A British Airways plane’s tail touched the tarmac during an aborted landing at Heathrow Airport in high winds brought by Storm Corrie, footage posted by Big Jet TV on January 31 shows. The video shows the plane, which had departed Aberdeen, leaning to one side, before clipping the ground in a “tail strike.” “The pilot deserves a medal!” Big Jet TV said. British Airways told media: “Our pilots are highly trained to manage a range of scenarios, including extreme weather conditions, and our flight crew landed the aircraft safely. Our customers and crew all disembarked as normal.” Winds from Storm Corrie brought gusts of up to 92 mph to the UK, according to the Met Office. Credit: Big Jet TV via Storyful