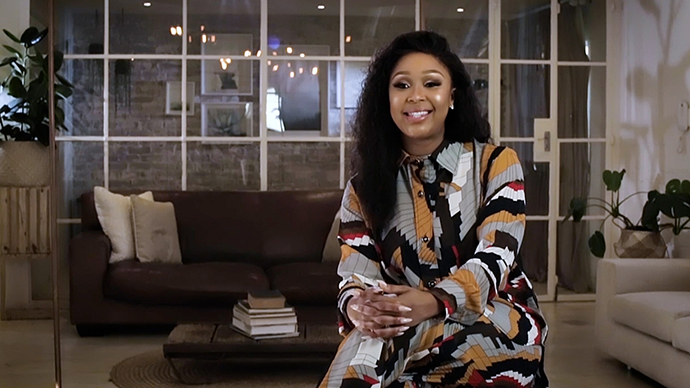 In the spirit of out with the old, in with the new, Minnie Dlamini has decided to redecorate her house. Keeping up with the Jones has now turned to kicking out Quinton Jones.

Minnie Dlamini is no stranger to hogging headlines and being the nation’s talk for a day or two, as that is what she has been doing since her divorce from Quinton Jones. After her divorce, the television personality has been making serious moves and enjoying her newly found freedom. Minnie has taken things up a notch as she showed the world that she redecorated her house to compliment her new identity without a husband.

Dlamini shared through an Instagram post a clip of the redesigns that she did in her home with her fans. Minnie says in her caption that she redesigned her home to reclaim her identity in the new phase of her life as a divorcee. She shared the beautiful rags she was supplied with in redecorating her house. The process and result were shown in the video as well.

Fans can not help but notice that Minnie Dlamini is still living in the house she moved in with her ex-husband Quinton after their wedding. The two had said that this was their dream home and made their son’s nursery any child’s dream and have lived there for the duration of their union.

Minnie Dlamini glows up after divorce from Quinton

Dlamini has taken being single again seriously as she has been stunning Mzansi with sexy pictures shared all over social media. Just after Valentine’s day, she announced that she had divorced Quinton. They had been separated for months until her announcement. The actress made a debut as a producer for a romantic movie for Valentine’s day and had kept the ruins of her marriage a secret for months.