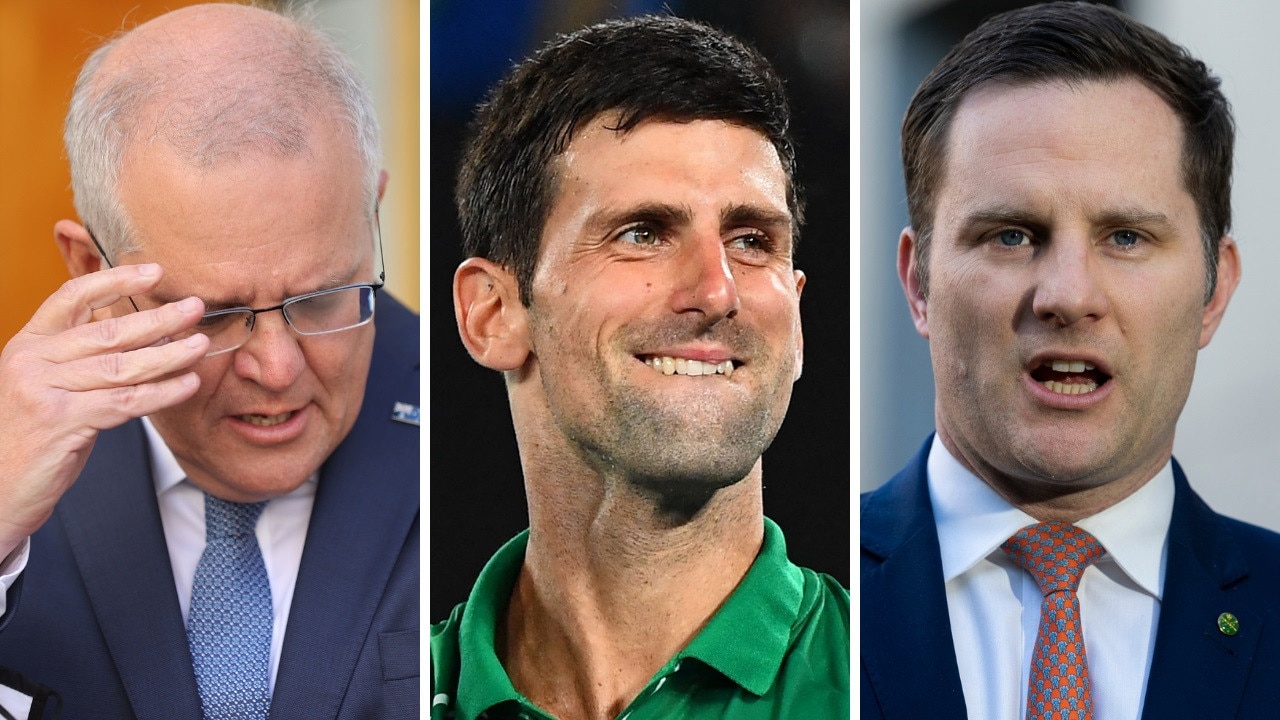 The federal government says whether Novak Djokovic stays in Australia is still up to its discretion despite a favourable court ruling for the tennis star.

The federal govenment says it is still considering whether to cancel Novak Djokovic’s visa, saying it still has the power to do so despite a court ruling in the tennis star’s favour.

The World No.1 tennis player’s visa was cancelled on Thursday despite his claims he was granted a medical exemption and allowed to enter the country to play in the Australian Open.

The decision of border officials to cancel the star’s visa was quashed in the Federal Circuit Court of Australia on Monday afternoon after hours of legal argument.

Judge Anthony Kelly ordered Djokovic to be released immediately and no later than 30 minutes after the making of his order.

The “rules were not observed” when the delegate made the decision at the airport to cancel the visa, Judge Kelly said.

“The Minister is currently considering the matter and the process remains ongoing,” they said.

The Australian Open begins on January 17 and if Djokovic wins, he will become the most successful male player in history.

Government lawyer Christopher Tran had flagged with the court the immigration minister could consider whether to exercise “the personal power of cancellation”.

This could mean Djokovic would be unable to return to Australia for three years.

Meanwhile, Serbia’s parliamentary speaker and former foreign minister, Ivica Dacic, voiced his concerns over Djokovic, telling Happy TV: “The process should have ended when the court ruled on the matter.

“The Australian authorities have obviously chosen to deport him, which also includes a three-year ban on entering Australia. It defies common sense.”

Technical issues plagued the virtual hearing on Monday, delaying the start for at least half an hour and continuing to cause chaos through the afternoon.

The system crashed again just after noon, with members of the public and journalists forced to find alternative methods of tuning in to the hearing, including through a sports podcast.

One error message read: “The media could not be loaded either because the server or network failed or because the format is not supported.”

Mr Tran outlined the government’s arguments for the case and said he accepted there was evidence Djokovic felt pressured during his discussions with authorities.

However it was “crystal clear” no officer intended to do so, he said, arguing there was no denial of procedural fairness.

As the high profile court hearing proceeded on Monday, it emerged Djokovic was watching the hearing from his lawyer’s office after the judge ordered officials allow him to leave detention to do so the previous night.

His lawyer Nick Wood said the player should have been allowed time to speak to officials from Tennis Australia and lawyers before his visa was cancelled.

“There was no reason, no intelligible reason, not to allow him that more time,” Mr Wood said.

He labelled the conduct of the delegate who made the decision “unreasonable”.

The World No. 1 had his visa cancelled around 7.40am but asked to have until 8.30am to speak to representatives. He was told earlier that morning that could happen, the court was told.

Earlier, Judge Kelly told the court the tennis player gave documents to officials including those who made the call to cancel his visa last week.

A professor and an eminently qualified physician provided the medical exemption as had the Victorian government’s specialist panel, the judge said.

“The point I’m somewhat agitated about is what more could this man have done,” Judge Kelly said.

The top seeded player repeatedly told officials he had done “absolutely everything” that was required to enter the country and he tried to provide everything to authorities before boarding his flight from Dubai to Melbourne, Mr Wood said.

During the hearing, lawyers argued about the notice of intention to cancel the Serbian player’s visa and the delegate who made the call used a “mash up” of two grounds under the system.

But in documents filed on Sunday night, the Australian government defended its decision in a 13-page submission.

The unvaccinated player allegedly poses a “greater health risk of contracting Covid-19 and spreading Covid-19 to others”, which would “further burden” Australia’s health system, the documents read.

It was revealed in Djokovic’s submissions the unvaccinated player received a positive Covid test on December 16 and the Tennis Australia’s top doctor granted a medical exemption on December 30.

This was on the grounds he recently recovered from the virus.

Djokovic has been staying at an immigration detention hotel in Carlton, where supporters and refugee advocates continued to gather since he was detained last week.

Djokovic has won the Australian Open nine times and is seeking a 10th title, which would eclipse rivals Roger Federer and Rafael Nadal.