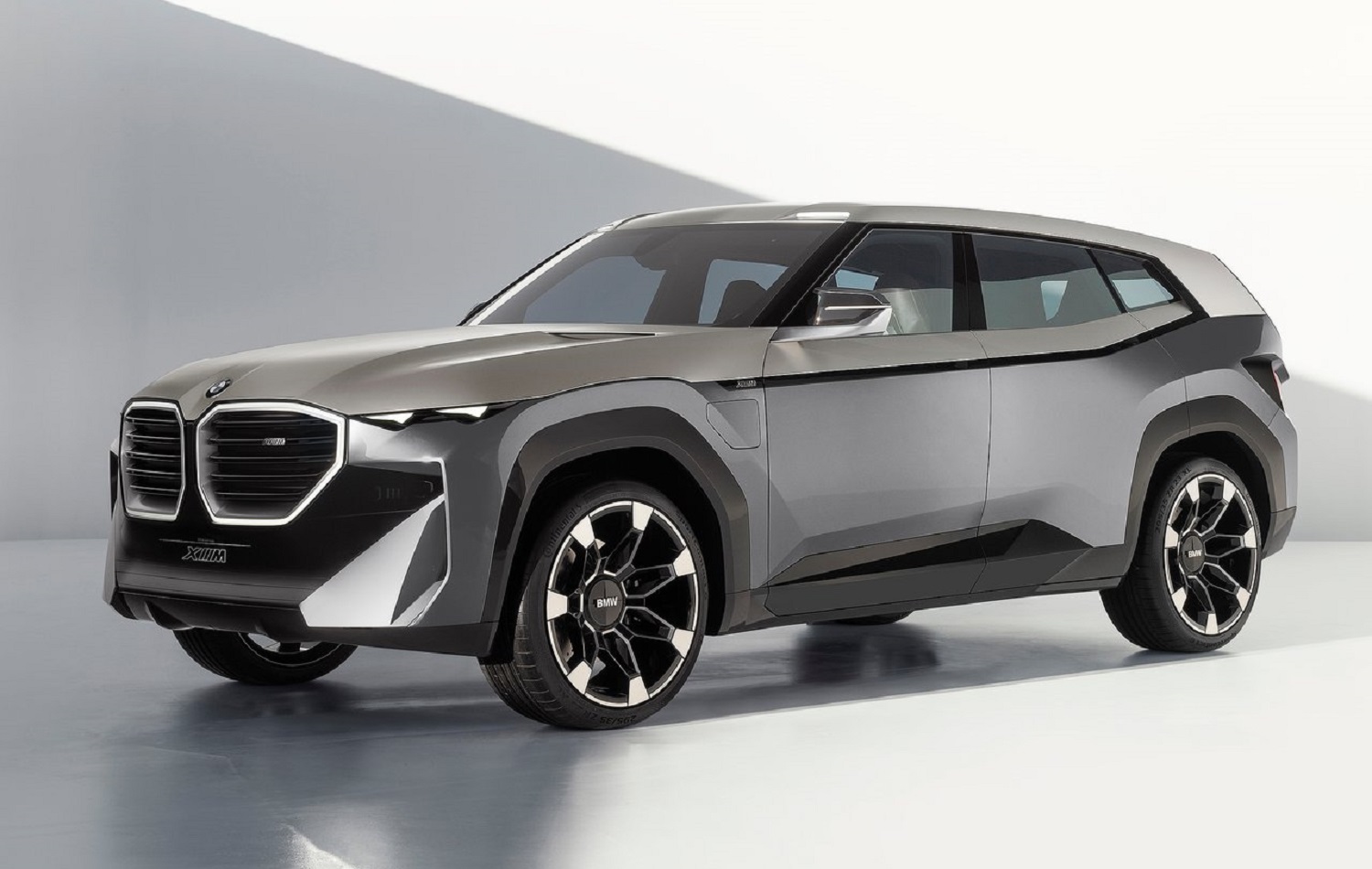 BMW has ended almost three years of speculative reports surrounding the first standalone M-developed model since the M1 with the reveal of the XM Concept.

Providing of a preview of the production model anticipated to arrive sometime next year, the XM, at one point rumoured to be called X8, according to M boss Frank van Meel, “represents a complete re-imagining of the high-performance car segment”.

Expected to displace but not replace the X7 at the head of BMW’s SUV line-up, the XM employs styling by 4 Series designer, and BMW’s Head of Design, Domagoj Dukec, that bears no resemble to any other current BMW model.

This includes the widest adaption thus far of Munich’s kidney grilles surrounded by a black finish, thin LED headlights, a front bumper with vertical side inlets on the flanks, a lower air intake directly underneath said grille and a pair of power domes on the bonnet.

Riding on a set of 14-spoke 23-inch M light alloy wheels, the coupe-styled XM also boasts lights integrated into the A-pillar above the windscreen, an upwards moving shoulder line and no door handles to speak off.

Like the front, the rear facia is controversial in not only the looks of the LED taillights that cut into rear wing, but also the concave bootlid with its massive window and twin BMW badges on either side that pays homage to the M1.

Inside, the XM’s interior, though with some elements from other models such as the iX’s curved instrument cluster and iDrive infotainment system, is largely unique to it.

Finished in brown leather, it also sports copper carbon fibre inserts, the M Sport steering wheel with red stitching, diamond patterns on the roofliner and a rear seat colour called Petrol. Speaking of the rear, it provides seating for two on a bench seat dubbed the M Lounge.

Although BMW didn’t reveal in-depth specifics, it did confirm the M Lounge’s featuring of diamond-shaped headrests and deep pile carpeting also with a diamond pattern. The standard ambient lighting meanwhile is also carried over to the rear.

Unsurprisingly, Munich declined revealing too much of the XM’s mechanical details, though it did announce outputs of 550kW/1 000Nm. If the mentioned rumours are anything to go by, the outputs effectively confirm the combination of the widely used 4.4-litre twin-turbo V8 and an electric motor reportedly with 150 kW. The claimed range is 80 km.

As mentioned, the XM will enter production next year reportedly at BMW’s Spartanburg Plant in South Carolina with projective pricing, according to reports from the United States, of $150 000 (R2 393 100).