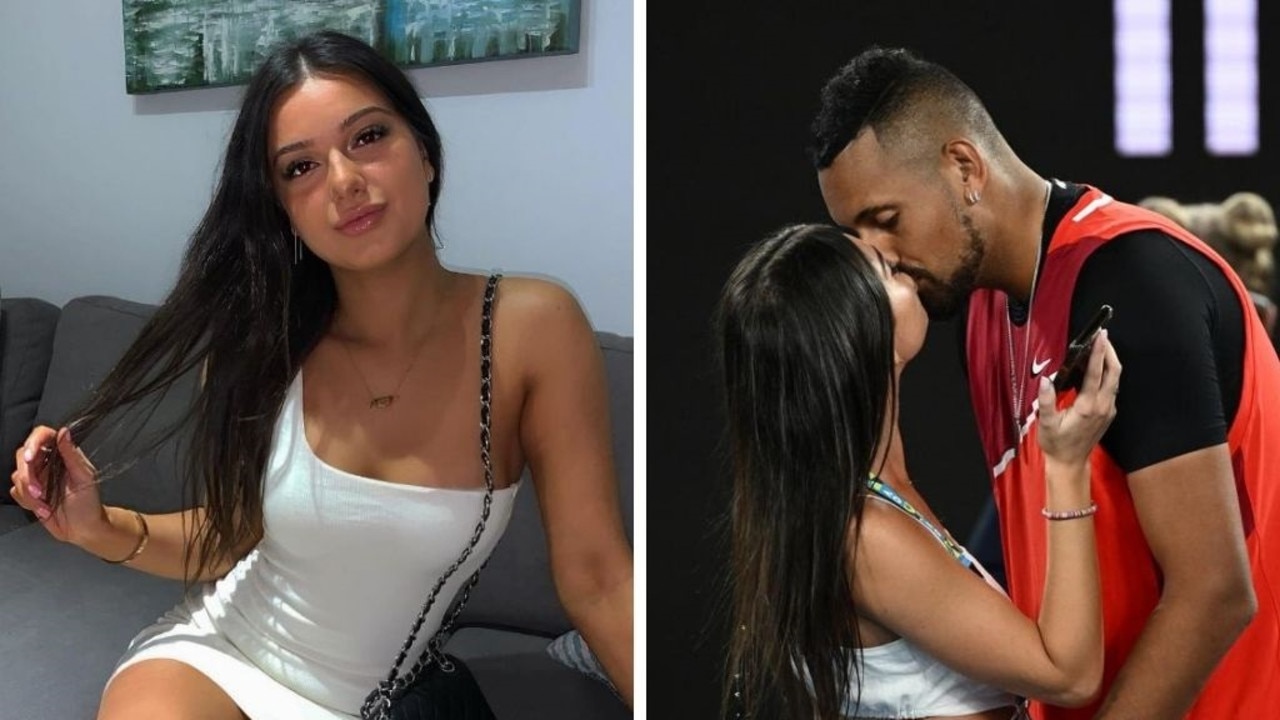 Nick Kyrgios is reportedly considering a major life move as his relationship with fashion influencer Costeen Hatzi faces a change.

Nick Kyrgios is reportedly being tempted to move to Sydney in order to be closer to girlfriend Costeen Hatzi.

The Aussie tennis star is still buzzing from a rollercoaster summer where his fairytale run with Thanasi Kokkinakis ended with the pair becoming men’s doubles champions at the Australian Open.

He has spent recent weeks in Sydney where he has held a series of interviews with media outlets, including one in Stellar Magazine where he appeared to offer Hatzi an opportunity to join him on the professional tennis circuit full time as he travels overseas.

The 26-year-old is now considering another tactic to be closer to the Sydney-based fashion influencer, making a move to the Harbour City.

The Daily Telegraph reports there are rumours swirling Kyrgios wants to be based in Sydney permanently.

He has spent most of his previous holidays back home in Canberra where he grew up.

The newspaper reports Kyrgios has been loving his time in Sydney.

He abruptly left Melbourne in the days following his doubles’ win to be with Hatzi in Sydney.

His recent public comments suggest the couple could be inseparable this year — even as he travels around the world on the ATP Tour this year.

He said he is able to provide for his partner if she wants to travel with him.

He clearly likes the way things are right now with the Sydney-based influencer.

“Relationships are easy when both people are invested,” he told Stellar, available in the Sunday Herald Sun.

“It’s hard to move a couch on your own. I have had a couple past relationships that are brutal when you’re away from them for so long. It does affect you when you’re on the court.

“The luxury I have now in my career is that I’m able to provide for the person and if they want to travel with me they can.

“I’m in a very blessed situation that not many people are able to do. Hopefully everything works out but I don’t plan anything anymore.”

“We have serious amounts of fun,” he wrote.

“Cant wait to go around the world with you.”

Kyrgios recently revealed how the couple first got together and the sneaky way he tried to win her affection.

Hatzi told her almost 50,000 Instagram followers the story of how the pair met.

“He messaged my business account asking if the mirror was available for pick-up and then messaged my personal (account) asking the same thing.”

The recently crowned Australian Open doubles champ tried to pick up something else — or more specifically, someone else — while picking up the mirror, as he confessed he was more interested in Ms Hatzi than the item itself.

“It was a professional/friendly conversation and then he came to pick up the mirror from Sydney,” Ms Hatzi said.

“I had no idea that was all a plan, I literally thought he was buying a mirror.

“He picked up the mirror and, as he would say, ‘it was love at first sight’.”

Hatzi was regularly featured during Kyrgios’ Australian Open campaign with the pair kissing on the court and cuddling during his training sessions.