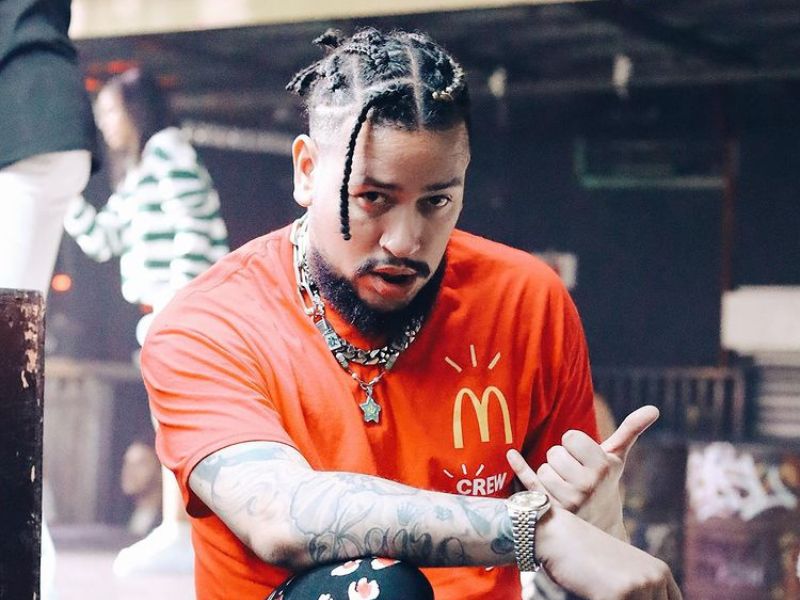 South African rapper AKA says he is in a space where he harbours no hard feelings towards anyone and that comes after a widely puiblicised beef with rival Cassper Nyovest.

AKA, Kiernan Jarryd Forbes, made it clear in a recent podcast that he has no hard feelings for his former arch rival, Nyovest, despite what is reported in the media.

The talented musician had a recent sit down on The Sobering Podcast where he among other things spoke about his old beef with Cassper and how he needs to apologise to the rapper’s parents for swearing at them.

Inspite of his sentiments, he was asked if he was ready to bury the hatchet with the North West-born musician, he said “he said he didn’t think so.”

“You know, I look back now and I’m not proud of moments like that {slapping Cassper] now that I’m a bit older and I’ve gone through some sh*t in my life and I’m actually not proud of it,” he said.

“Also I’m not proud of swearing at his parents you know to tell you the truth and I definitely owe them an apology.

“I don’t hate him. I don’t have any feelings anymore. They’re all gone, like butterflies, and I have put different feelings inside myself; feelings of gratitude for even just being alive.”

At the same time, AKA said he cannot pay attention to everything that is said about him and that he is going through a lot and he is paying attention to serious stuff in his life.

“I’m just happy. Where I was two years ago to where I’m sitting now, you guys don’t know what I have been through and what I’m still going through. That stuff is the real sh*t that requires my attention and my feelings,” AKA added.

According to a daily news website, the man from Johannesburg set the record straight and said he is surprised so many people are paying attention to him.

“I’m fairly surprised that I’m the topic of discussion; that Nicole would choose to be speaking about me especially because I haven’t heard from or spoken to her in over five years. But she’s a sweet girl and I wish her all the best,” he told TshisaLIVE.