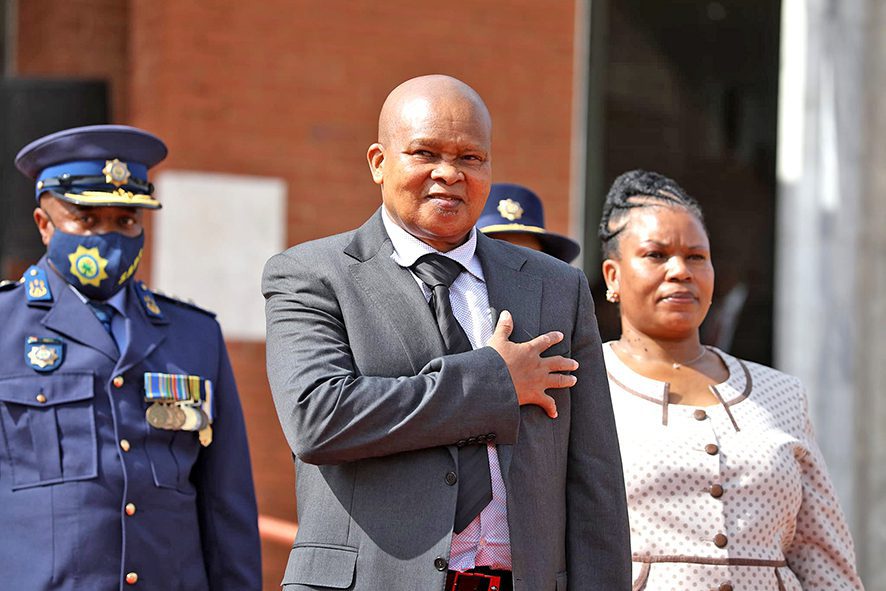 The residents of Monoto-Mosetlha informal settlement in Vryburg, North West, say they can’t bear living in squalor any longer – nearly 30 years after the dawn of democracy.

Abram Saap (35) says although access to basic services like clean and drinkable water, sanitation and electricity is enshrined in the Bill of Rights, they have been waiting for more than 15 years without these services.

“We have no ablution facilities and it is so heartbreaking that we must go to the nearest bushes to relieve ourselves. A few of the residents have dug themselves pit toilets.

“We do not even have electricity and it is a struggle to live a dignified life,” Saap said. He said they had numerous consultative engagements with government officials but their pleas had fallen on deaf ears.

“We want to see developments in our area. The government must build RDP houses, bring infrastructures such as water and sanitation. We feel betrayed because during all previous general elections, many political officials from various parties, including the ANC, visited us and gave empty promises.”

“We have tried by all means to engage the new councilor, but nothing has changed. I have finished my matric, but I could not further my studies because of the poverty I’m subjected to.

“We go and relieve ourselves in the nearest bushes and it is not safe. Women and young girls are at risk of being raped there and human trafficking is on the rise. So, our situation is just a ticking bomb,” he said.

However, North West Premier, Bushy Maape, who held the state of the province address in Mahikeng on Friday,  said the burgeoning of illegal informal settlements had become a perpetual challenge.

He said his government could not bring proper infrastructure to Monoto-Mosetlha without proper planning and these people needed to be relocated from that area.

“Illegal land occupation hinders the government on its proper planning. Sometimes these people will illegally occupy land where there are no basic services such as access roads, water, and sanitation.

“So, it is very difficult for the government to address this and eradicate pit latrines and bucket systems.

“However, we are committed to dealing with this matter and ensuring that there are developments in that area.”

Meanwhile, DA MPL in the North West, Freddy Sonakile, said the premier had no plans to improve the livelihoods of the people of the province.

Sonakile said the moment Maape talked about water and sanitation in his address, he went straight to the figures. He said Maape did not highlight when the government would address the lack of sanitation and basic services the people were subjected to.

“I would’ve been embarrassed if I were him. We are actually going to hand over this speech to the South African Human Rights Commission for intervention,” said Sonakile.

Minister of Water and Sanitation Senzo Mchunu, who visited the province recently, said: “Lack of sanitation in the North West is a burning issue. There is the issue of sanitation, which is not satisfactory as there are still 3 292 people using bucket toilets in the province.

“With the drafting and ultimately the implementation of the sanitation framework, categories of sanitation which affect indigent communities, such as communal toilets, pit toilets, and bucket toilets will be addressed,” he said.