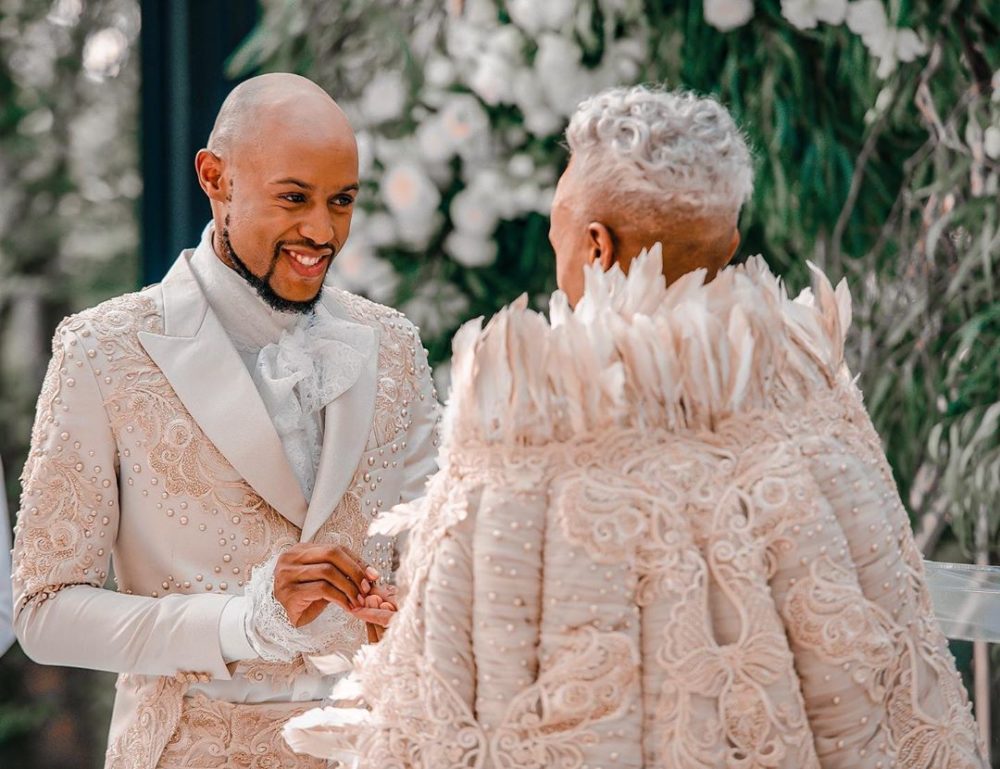 Somizi Mhlongo’s ex-husband Mohale Motaung will finally spill the beans about his love life and a messy break-up in a special tell-all interview with Unfiltered host Aldrin Sampear.

Mohale: On the Record will broadcast on Showmax on August 4.

“A lot has been said about me, both true and untrue. I initially had no intentions to publicly speak of the events that have occurred due to an agreement I had with the parties involved. But when the agreement was dishonoured by the other party, it became paramount that I tell my truth as I know it,” said Mohale

“With all the misinformation in the public domain, it is my responsibility to correct any propaganda as I represent not only myself, but those that may have experienced a story similar to mine. I would also like people to truly get to know me for who I am, as opposed to who they have assumed me to be.”

Somhale were the poster couple for gay marriages in South Africa and had the country following them as they shared expensive gifts and indulged in international trips.

Somizi also details the challenges of divorce in his reality show, Living The Dream With Somizi Season 5 on Showmax.

Showmax head of content Candice Fanguiero said they wanted to report both versions from the ex-lovers.

“Living The Dream With Somizi S5 is currently the most popular title on Showmax but it’s just one perspective, so we’re now adding Mohale’s voice so he can speak for himself in this special,” said Fanguiero.

#MohaleConfessions: Somizi ‘threatened to kill me with a kitchen knife’

*Click here to listen to the full recordings of the interview of Mohale Motaung with the producers of Living the Dream with Somizi.

#MohaleConfessions: Somizi ‘threatened to kill me with a kitchen knife’