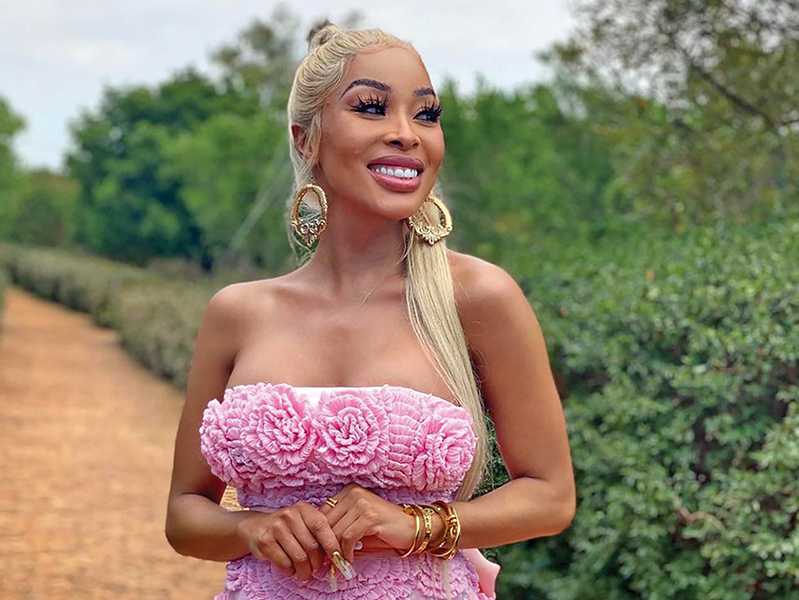 Despite isiZulu being her mother tongue, actress and socialite Khanyi Mbau got a rude awakening on the set of Showmax telenovela The Wife, where she found herself struggling to understand the language.

Mbau plays the lead role of Zandile the Resolute, who is fresh out of prison and is the wife of the eldest Zulu brother, Nkosana.

Mbau said she thought she was comfortable with her home language until she was cast and found herself scrambling to under her fellow cast members.

“Sometimes they speak on set, and I don’t understand a thing, they laugh at me. Imagine at 36 and I am still trying to learn a language I thought I knew.”

Playing the role, which is based on the character in the Hlomu the Wife series of books
by Dudu Busani-Dube, has presented Mbau with other challenges.

“If it was a soapie where I get to create the character, it would be easier. But this character exists somewhere in the universe, people know her and feel like they have a relationship with her. It makes it very hard to make decisions and I need to consider what the viewers and fans feel,” she elaborates.

She says she uses social media to improve her character.

“I literally sit on Twitter, read people’s reactions and take from what people say about the character.”

When asked to explain the relationship between Zandile and Nkosana, Mbau says it reminds her of the unbreakable Bo and Hope relationship in the long-running US soapie Days of Our Lives.

“Their love has gone beyond it just being sexual or emotional, they have this brotherly
sisterly love where it’s just him and her and nobody else.”