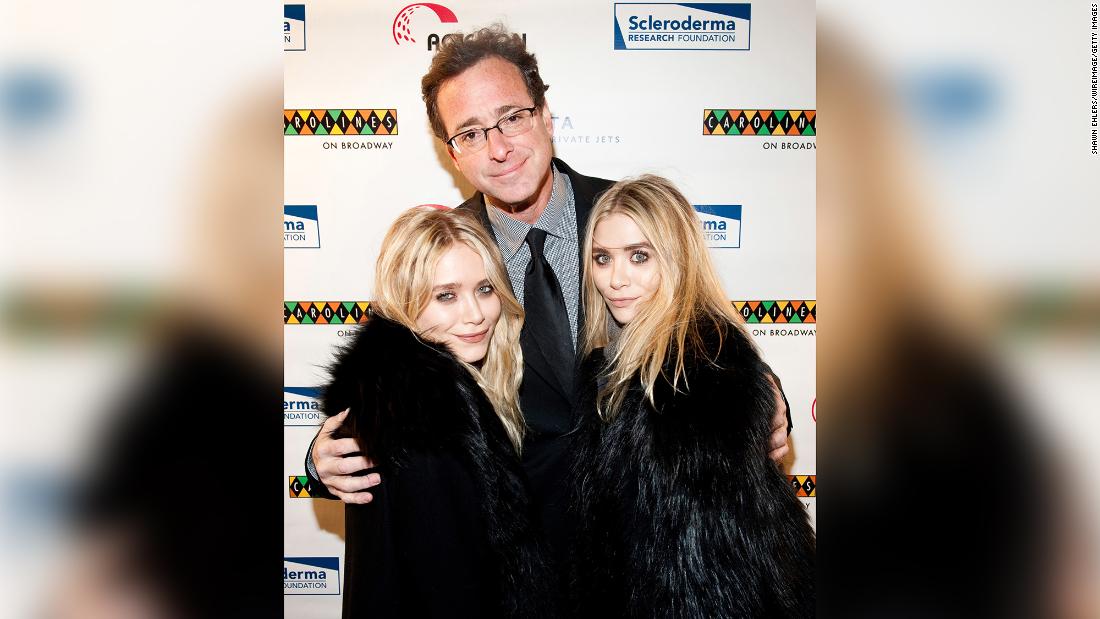 The twins, who as youngsters shared the role of Michelle Tanner on the hit sitcom “Full House,” mourned the loss of Bob Saget, who died suddenly Sunday at the age of 65.

Saget played the family patriarch on the series, which ran for eight seasons beginning in 1987.

“Bob was the most loving, compassionate and generous man. We are deeply saddened that he is no longer with us but know that he will continue to be by our side to guide us as gracefully as he always has,” the twin sisters, now 35, said in a statement to People magazine. “We are thinking of his daughters, wife and family and are sending our condolences.”

And while the Olsens have left acting and now helm a fashion empire, they remained close to Saget, whom they met when they started on “Full House” as infants.

“Ashley and Mary-Kate, I love so much,” he said in 2021 during an appearance on Inside of You With Michael Rosenbaum’s podcast. “When I’m in New York or when they’re here, when we can, we see each other.”

CNN has reached out to reps for the Olsens.