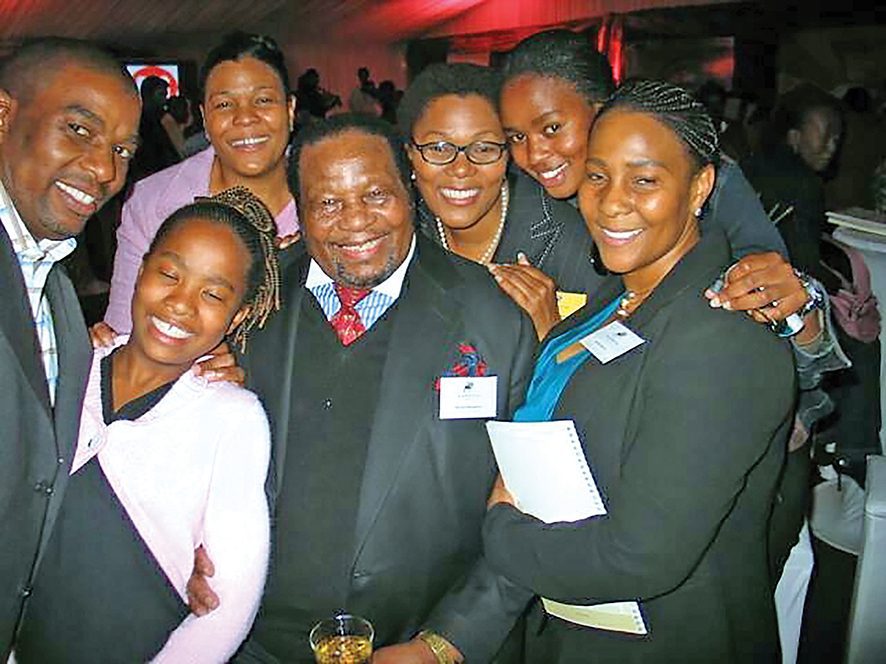 The grandchildren of the late business tycoon Richard Maponya have ramped up their fight against his children, accusing them of withholding information about his Swiss bank account, his marital status, and creditors of the estate.

The property tycoon’s children Bonisiwe, Solly, Chichi, and Godfrey Maponya, together with accountants Allan Nathan and Don Allaway, were appointed executors of his estate worth more than R1-billion, which includes the R650-million Maponya Mall in Soweto, Dube shopping center, retail supermarket in Naledi and Maponya Motor City Properties.

The grandchildren, who are led by Jabu Hlatswayo, want the executors to produce evidence that the Winterveld poultry farm, which was bequeathed in part to their late mother, Maedi Maponya, the daughter of the businessman, was bonded to Absa Bank as it had been claimed. Godfrey is the other beneficiary.

They also demand evidence that Maponya died without any insurance policies and to be informed of the amount he owed the taxman. They have made the demands after a sympathizer leaked minutes of the meeting, which were circulated to the executors of Maponya‘s estate by estate administrator Nathan on August 6, 2020.

“They are in the dark about everything. Jabu, who is the executor of his mother’s estate, is supposed to be kept abreast about everything, but he is not told anything,” said a family source who is close to the warring parties.

In the minutes, which we have seen, Nathan said they were trying to ascertain from the Swiss banking ombudsman whether Maponya had an offshore account but the process was delayed.

“This investigation follows information received by Don Allaway in connection with the foreign account,” read the minutes.

The minutes also state that a certain John Gary Hamilton and others have lodged claims against Maponya Motors City Properties. This after they published an advertisement for claims against the estate in a daily newspaper and government gazette in June 2020.

According to the will he has left behind, the astute businessman allocated shares to all his children.

Nathan said law firm Webber Wentzel has been authorized to accept any documentation, notices or summons, in respect of the estate on behalf of the executors and directors.

The minutes state that Maponya’s death certificate also incorrectly stated that he was divorced from his legal wife, Marina, instead of stating that he was widowed.

“The death certificate of the late Dr. Maponya was incorrectly made out in that it showed his marital status as divorced. Solly was requested to have the document amended to reflect the correct marital status,” read the minutes.

The executor was requested to obtain Marina’s will from the executor of her estate.

Maponya’s estate was “illiquid”, meaning his assets could not easily be converted to cash.

This was because he died without any insurance policies.

“Insurance companies were contacted to ascertain if there are any insurance policies in force as at the date of Maponya’s death. None were found,” read the minutes.

They also stated that Maponya’s poultry farm in Winterveld was bonded to Absa bank.

The administrator said that since the executors were yet to establish the net value of the estate owing to missing information, it was premature to discuss the distribution of the state.

“It may become necessary for the legatees and heirs to enter into a redistribution agreement at a later stage. A means will have to be found as to how the executors will deal with the monetary bequest after having paid estate administration expenses, taxes rising from the final tax return of the deceased, as well as estate duty,” read the minutes.

The grandchildren, said a source close to the situation, were not accusing the executors of anything but simply wanted transparency.

“Otherwise this matter will be in court soon as Jabu is consulting with the lawyers,” said the source.