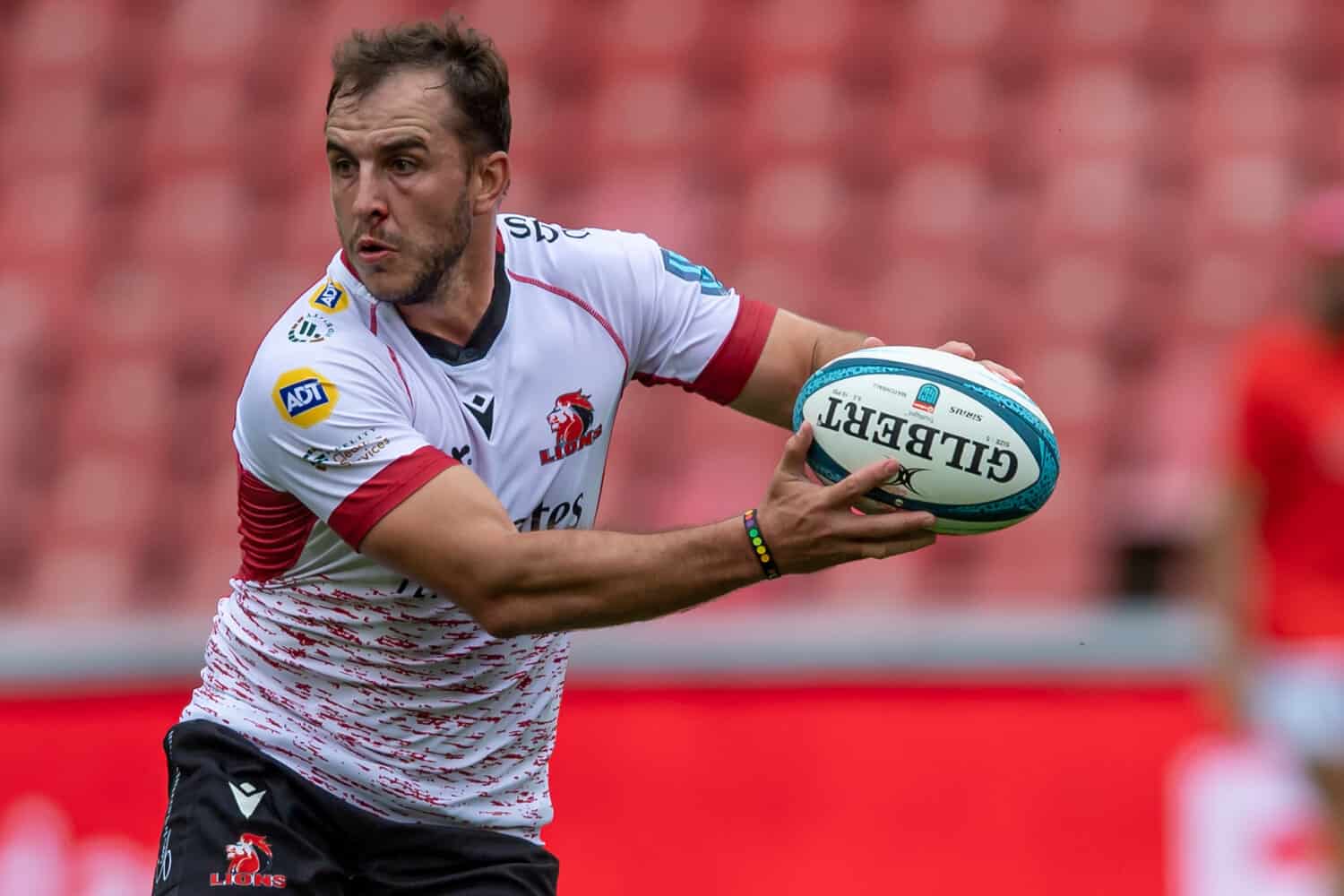 Lions inside centre Burger Odendaal has opted to sign for Wasps in England ahead of the 2022/23 season and will join up with his new team at the end of the Lions’ United Rugby Championship campaign.

Odendaal, who switched to the Lions from the Bulls in 2020, immediately became an integral player for the union and took over as the team’s captain shortly after joining.

However, the move does not come as a complete surprise after news that Odendaal and fellow centre Wandisile Simelane were in talks with overseas clubs emerged earlier this month.

At the time Odendaal had suffered concussion in the Lions’ home match against the Bulls and was thus unavailable for the return match at Loftus where flank Jaco Kriel took over the captaincy.

After returning to the Lions side for their most recent match against the Stormers, Odendaal was not moved back into his role as leader, taking up the vice-captain role with Kriel continuing as captain, hinting that the Lions knew what decision he had made.

“We are delighted to be adding Burger to our squad for next season. John Mitchell (Wasps assistant coach) knows him well and recommended him after their time together at the Bulls,” said head coach Lee Blackett on the Wasps website.

“We were looking for a centre with great leadership qualities, as well as an outstanding competitor on the field and Burger ticks all of the boxes. Burger will bring authority and a physical edge to our midfield next season.”

Odendaal expressed his excitement on joining the team, telling the club’s website: “I’m really excited to sign with Wasps ahead of the 2022/23 season. It’s an exciting time to join the club, and I can’t wait to get stuck in and hopefully make an impact next season.”

Lions assistant coach Ricardo Loubscher was also asked about the move during a press conference on Tuesday ahead of the team’s URC match against Leinster on the weekend and where Odendaal would fit into the Lions set-up going forward.

“My understanding is that he is still part of us. But, to lose a guy of his quality will be a big loss for us in terms of his leadership,” admitted Loubscher.

“When he plays well it just gives the whole team confidence and we will definitely miss him. But I think it is a great opportunity for him to take his career a step further.”