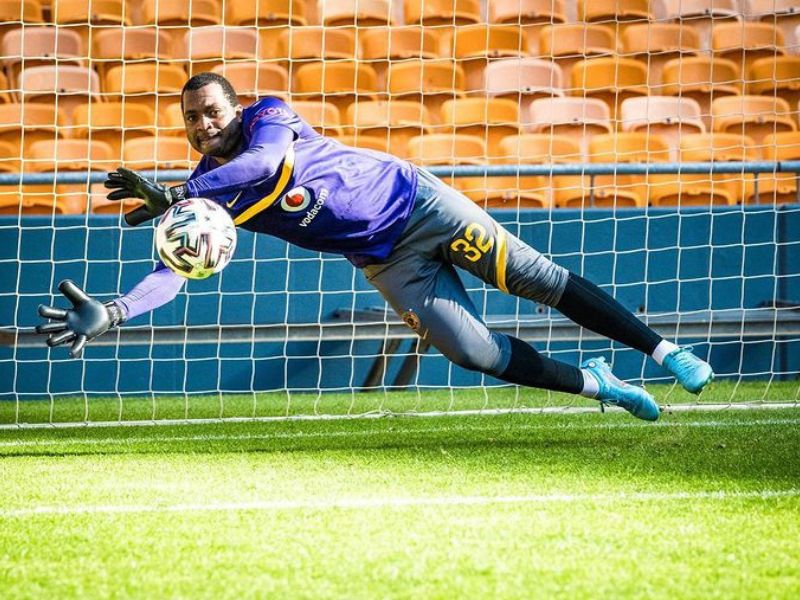 Kaizer Chiefs legend Abel Shongwe has tipped the current goalkeeper and fan favourite, Itumeleng Khune, to consider a move away from Naturena.

Shongwe is of the view that ‘Itu’ will continue to warm the bench next season because young Bruce Bvuma cannot just be dropped.
Khune has fallen down the pecking order at Naturena following the emergence of Bvuma who exchanged the number one spot with the released Daniel Akpeyi last season.

The television pundit with SuperSport TV, explains that a loan move could benefit the former Bafana Bafana gloveman because he remains one of the most experienced players.

Ahead of the eagerly anticipated 2022/23 DStv Premiership campaign, Shongwe hopes Khune can request a loan move and contribute elsewhere.

“Bvuma has been outstanding, he’s the future, and he will be there for the next ten years or so. So you can’t drop Bvuma again and make him restart the clock,” Shongwe told KickOff.

“The only challenge is that having been born at Kaizer Chiefs, it becomes harder for Khune sometimes to imagine himself anywhere else other than his home.

“Otherwise the alternative would have been to go and try other avenues may be, to go on loan.

“I’m sure there are a lot of other teams that could use his ability and experience compared to him just sitting on the bench and just training and training week in and week out.”

The popular net minder was spotted in the last few weeks attending a coaching course organised by FIFA and SAFA and the snaps raised speculation that Khune may be earmarked for a coaching role at the club.

However, Shongwe believes the North West-born keeper is not finished as yet but an appointment in the technical team depends on the management.

“If he loves it, then management might look at it as an option because it’s been hard for him to come back into the position where he could claim the number one spot,” he added.

“I don’t believe at all that Khune is finished, I still feel he has what it takes. I mean in the recent DStv Compact Cup he gave us a glimpse of who Khune is.”