Doherty confirmed one line of inquiry police were pursuing was whether this latest shooting is linked to ongoing conflict between crime networks in west and south west Sydney.

He said detectives are looking at whether a “power struggle within criminal networks” was at play and said they are not discounting any previous incidents.

NSW Police Commissioner Karen Webb said officers “won’t rest” until the conflict is resolved, and her “greatest fear” is “an innocent member of the public will be killed”.

She said Strikeforce Raptor will be again ramping up their presence in the area targeting criminals – “not mum and dads”.

Webb asked anyone with information or video footage to speak to police.

“We’re asking for witnesses… we’re talking about criminals who don’t assist police but someone must know something”. 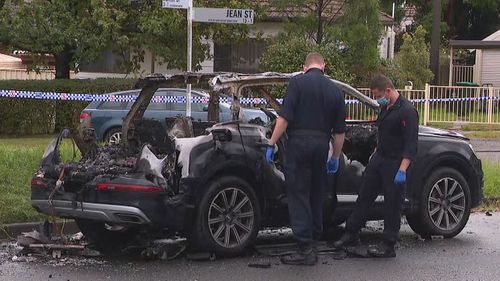