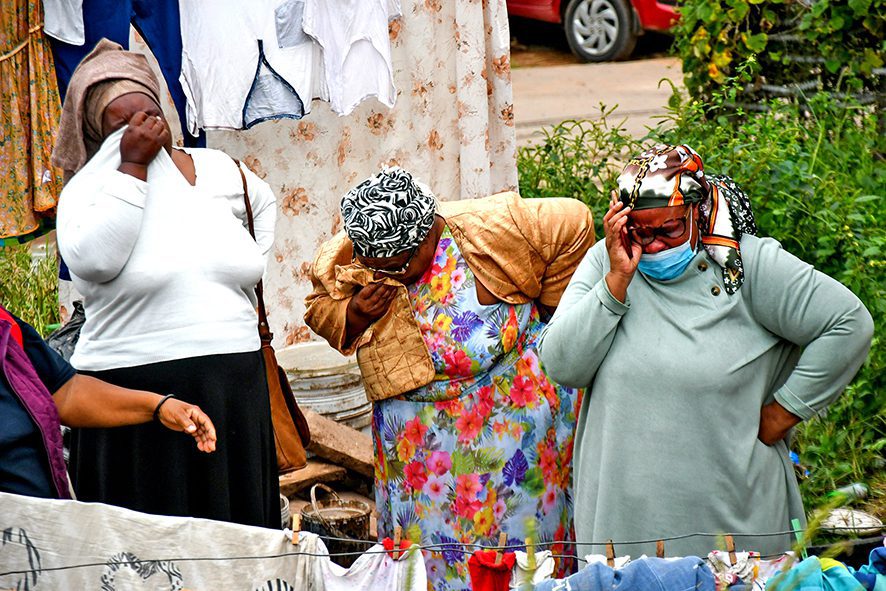 The KwaZulu-Natal floods death toll has been revised to 435, down from 448 reported on Wednesday, according to Police Minister Bheki Cele.

This after it was discovered that 13 people were not killed by the floods that lashed the province last week. Thousands of people were left homeless and dozens others are still missing.

And as the residents continue to deal with the trail of destruction left by the floods, the provincial government held a “Provincial Day of Prayer” on Thursday at the Durban Exhibition Centre.

It said the event served to show respect to the many people who lost their lives when it started to rain heavily on Monday last week.

Said the provincial government: “As a mark of respect for all the victims who have been affected by the recent flood disasters, the province will on Thursday, 21 April 2022, hold a Provincial Day of Prayer to show solidarity with the bereaved families and to pray for those who have passed away.”

Thabani Nyawose, eThekwini municipality speaker, said the torrential rains have left huge damage, especially in the eThekwini region. “Many have lost their loved ones while others were left destitute because their homes were destroyed in a catastrophe.

“The number of deaths continues to rise as search and rescue teams work around the clock to find missing persons. We are a nation in mourning. We converge and unite in prayer,” said Nyawose.

Nyawose also pleaded with the public unite and assist the affected communities.

In a statement, the eThekwini municipality said: “Search and rescue operations continue throughout the City following the devastating floods. A body was sadly recovered at Umzinyathi Falls yesterday.”