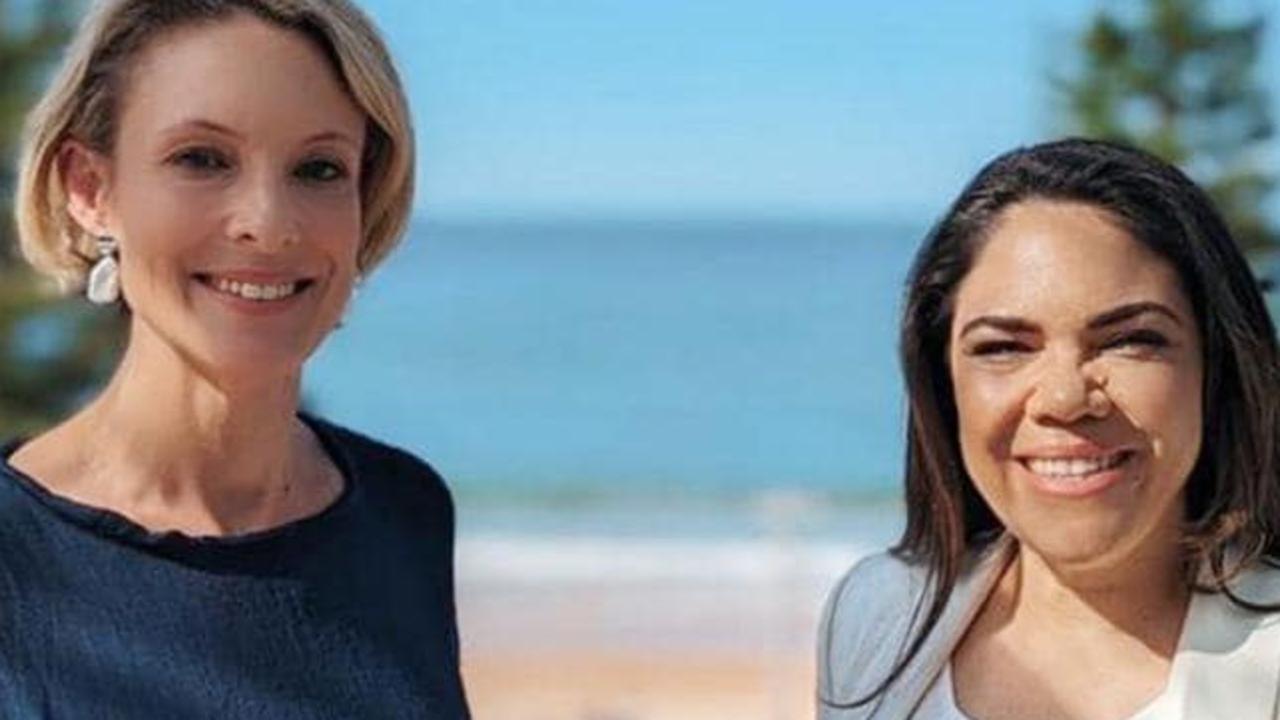 A controversial Liberal party candidate has been praised for “fighting for the rights of women” after being slammed for her views on transgender people.

Controversial NSW Liberal party candidate Katherine Deves has been praised for “fighting for the rights of women and girls” after coming under fire for her views on transgender people.

Ms Deves, the NSW Liberal candidate for the federal seat of Warringah and Prime Minister Scott Morrison’s “captain’s pick”, made headlines after her controversial views were recently unearthed.

The lawyer is an outspoken campaigner for strict definitions of biological sex and will run against independent Zali Steggall.

She previously has described transgender kids as “surgically mutilated and sterilised” and compared her campaign against transgender women playing sport to the Nazi resistance.

Ms Deves issued a public apology for the language after news.com.au revealed she had deleted her social media accounts.

Last week the Liberal Party was at war over Deves with the state’s Treasurer declaring there is no “place in a mainstream political party for bigotry.”

But Deves has since found support with Northern Territory Country Liberal Party senate candidate and former deputy mayor of Alice Springs Jacinta Price, who posted her support on Facebook while claiming women’s rights are “under attack” and that Ms Deves was “being silenced in the name of wokeness”.

“Our daughters, nieces and granddaughters deserve to have a voice. If Deves can be silenced then imagine the plight of marginalised women in our nation? They too will be silenced in the name of “wokeness” and I for one will not stand for this!”.

Overnight, she told Sky News host Chris Kenny that she was standing by Ms Deves because “I always stand up for my sisters.

“As conservative women we are constantly under fire and constantly targeted by the left, constantly being gas lit by the left, attempted to be shoved into some kind of box under a label and silenced.

“I’m very concerned that if we don’t stand up for women now, all the decades and centuries of work we’ve done to fight for women’s rights will be undone.”

Prime Minister Scott Morrison, who personally picked by Ms Deves alongside a panel to be the Liberal candidate, said he did not support forcing her to stand aside.

“I will stand up with her, my team is standing up with her, and we will make sure that she won’t be silenced.

“I think she will make a great Member of parliament. I don’t think she should be silenced because she has views that others don’t agree with.”

Speaking with The Project panel about the current election campaign, Grahame Morris, a former Chief of Staff to John Howard addressed the controversy surrounding Ms Deves and refuted suggestions she should be unendorsed by the party.

“Some of the things she said were beyond the pale and she has apologised but if you come back to what she’s really on about, it is saving women’s sport and that is really important,” he said. “We have feeder clubs for Aussie Rules clubs in Sydney where you’ve got big, muscly, fast, strong women who used to be blokes up against 16-year-old girls – is that fair? And just imagine what the Russians or the Chinese will do if that little chink opens up.”