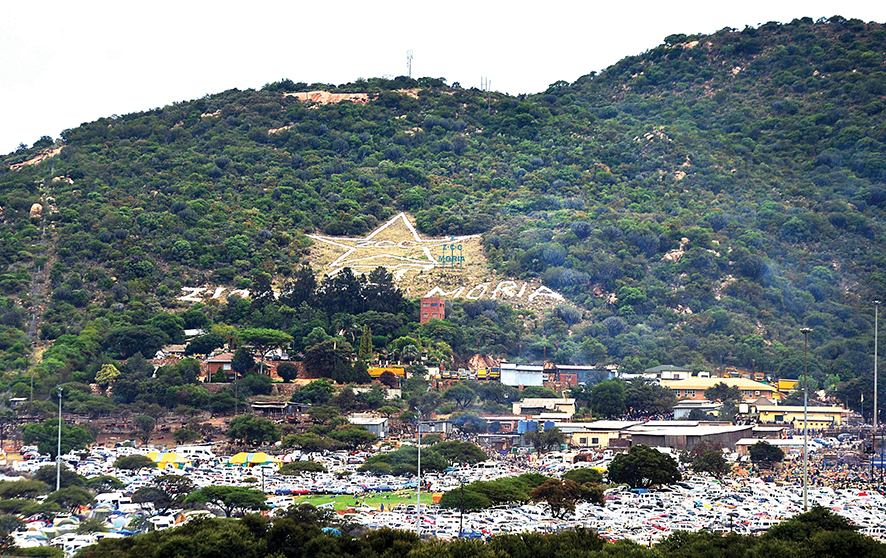 Brazen criminals broke into the headquarters of the Zion Christian Church (ZCC) in Moria in a daring daylight burglary and made off with an undisclosed amount of cash two weeks ago.

The shocking news was revealed by a church employee who did not want to be named because he is not allowed to speak to the media about church affairs.

The employee said the criminals broke into the building of Africa’s biggest church outside Polokwane in Limpopo and gained access to the office where the funds were kept.

The employee alleged church leader Bishop Barnabas Lekganyane, who was visibly embarrassed and concerned about his safety, phoned the police after discovering the premises had been broken into and that the wads of lucre  were stolen.

The worker said after a few minutes, a phalanx of police vehicles from Mankweng police station in Turfloop arrived at high speed. A team of police officers was met by Lekganyane who was waiting for them.

Lekganyane told them that the headquarters were broken into and an undisclosed amount was stolen.

After giving them a statement, they combed the building for possible incriminating evidence and collected fingerprints from the crime scene for forensic investigation.

“We suspect it’s an inside job. There is no way in hell that thieves could walk from the main entrance of the city and go into the building and break into the office in which the money was kept and steal it without being noticed. Besides, security is very tight here, you can’t take chances,” said the employee.

“A case of business burglary was opened. No suspects were arrested, and police investigations are under way,” he said.