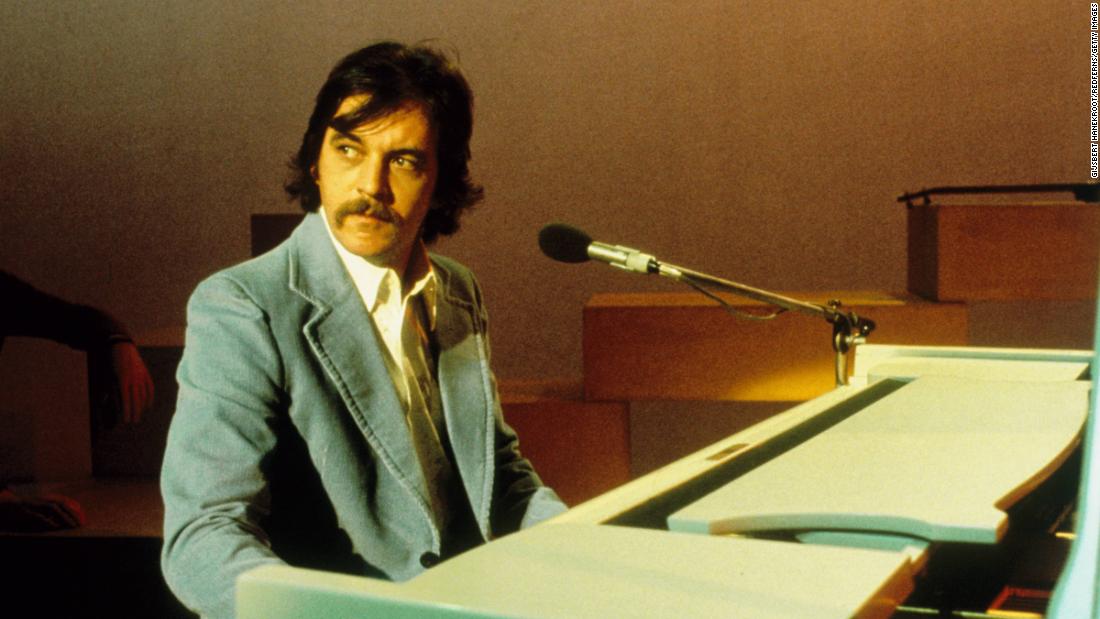 A statement on a fan website, procolharum.com, said the musician had been undergoing treatment for cancer but “died peacefully at home” on Saturday. Brooker’s representative, Wayne Forte, told CNN the statement had been approved by Brooker’s family.

“Gary’s voice and piano were the single defining constant of Procol’s fifty-year international concert career,” the statement said. “Without any stage antics or other gimmicks he was invariably the most watchable musician in the show.”

Brooker co-wrote Procol Harum’s first single, “A Whiter Shade of Pale,” the same year he co-founded the band with lyricist Keith Reid. It became one of the defining songs of the “Summer of Love.”

The single spent six weeks at the top of the UK Singles Chart, and peaked at number five on the US Billboard Hot 100. It remains one of the few singles to have sold more than 10 million physical copies.

Brooker also released three studio albums as a solo artist, including his 1979 debut “No More Fear of Flying” and the 1985 “Echoes in the Night,” though these did not reach the same commercial heights as Procol Harum’s output.

He also collaborated with other artists, including Paul McCartney and George Harrison, and played, wrote and sang for Eric Clapton’s band and Bill Wyman’s Rhythm Kings, the statement said.

Procol Harum disbanded in 1977 but reunited in 1991, although Brooker remained its only constant member. He continued performing with the band until 2019 and was a member until his death.

Several prominent figures in the music industry paid tribute to Brooker, with musician Billy Joel saying on Twitter he was “sorry to hear” about Brooker’s passing, while collaborator Ringo Starr wrote, “God bless Gary Brooker peace and love to the family.”
“Gary was a master of song,” British musician Cat Stevens wrote on Twitter, saying they had begun working for the same label in 1966 and last collaborated on a concert in 2020. “God bless him with a brighter shade of peace.”