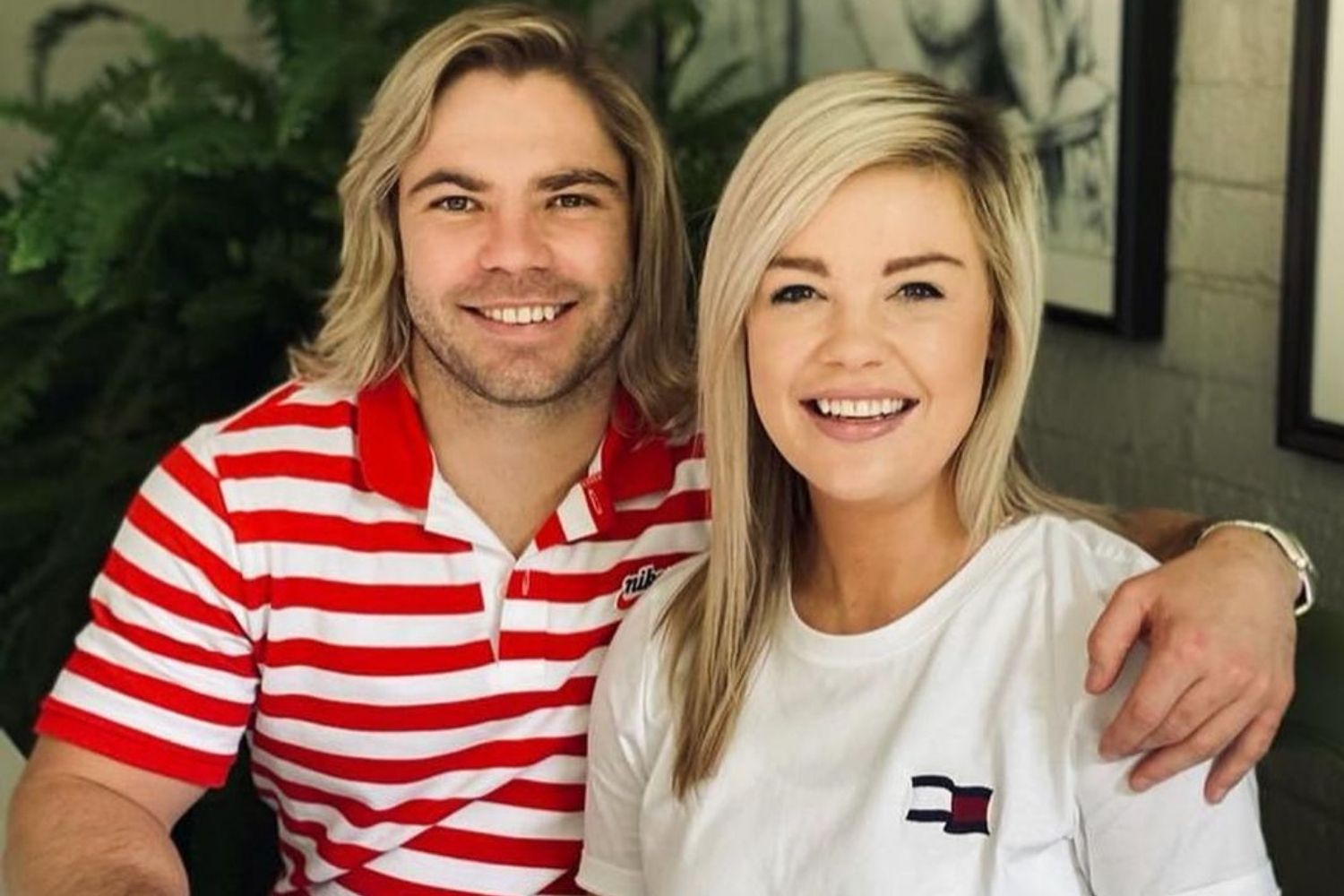 Hopeful bachelorettes dreaming of spending a day by the poolside with Springbok rugby player Faf de Klerk in his infamous South African flag speedo, woke up to the news that the handsome blonde is forever out of their reach.

De Klerk, who plays as a scrum-half for English Premiership club Sale Sharks, finally took the plunge this past week when he got down on one knee to ask his long-time girlfriend Miné van Niekerk for her hand in marriage.

The couple, who have been together for about six years, met through mutual friends in 2015.

Lockdown and the strict Covid-19 travel rules almost put an end to the couple’s happy ending. Faf has been living in Manchester since 2017 and the pair decided to end their relationship and rather just be friends.

In an interview with Huisgenoot last year the couple said things got tough amid the pandemic. “We are so good when we are together, but the long distance makes it difficult,” Miné told the publication at the time.

Faf told the publication they realised they had no idea when they would see each other again after his two-month Postmasburg stay with Miné just after the World Cup. After his return to Manchester, they kept in contact, but the conversation later ran dry.

The 2021 British and Irish Lions tour to South Africa played a big part in rekindling the couple’s romantic relationship.

In October 2021 Miné said that while they are reluctant to make their rekindled relationship official, they were “going to see how it works”.

After spending Christmas and Valentine’s Day together, it seems like Faf decided he just couldn’t spend another minute without his beautiful girl.

The rugby player took to Instagram to announce his engagement. Faf shared two pictures of him and Miné – the first one is a photo of the two of them wearing jeans and white shirts posing in what looks like a park, with Faf wrapping his arm possessively over his fiancée’s shoulders while resting his other hand on her midriff.

The second, is a picture of Faf on one knee in front of his girl, holding her hand and smiling up to her.

Friends and fans flocked to the comment section to congratulate the newly engaged couple, including fellow Springbok teammates Franco Mostert and Cheslin Kolbe.

Sports Pundit and Retired Rugby Union Player, Andy Goode elicited a couple of giggles when he cheekily commented that the two will be fighting over conditioner. “Congrats pal! Fighting over the conditioner for life!” he commented on Faf’s engagement announcement.